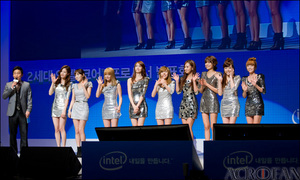 
Girls' Generation at Visual Dream World Premiere Showcase.
In latter half of January, it was announced that the group would be returning to the Japanese market through the release of their Japanese version of "Run Devil Run" as a digital single, released on January 25, 2011.On January 20, 2011, at the 20th Seoul musik Awards, the group received "Artist of the Year", the "Bonsang" prize", a "Popularity" award, and a "Hallyu award". In doing this, Girls' Generation became one of four artists in Korean musik history (the others being Seo Taiji, Jo Sungmo and H.O.T.) to be named 'Artist of the Year' for two consecutive years. The group also became the only girl group in history to receive 'Artist of the Year' awards for the Seoul musik Awards, and Melon musik Awards for two consecutive years. They also received two Daesang Awards at the Golden Disk Ceremony, one Digital Daesang (2009), and one Physical Album Sales Daesang (2010). On March 8, SM jepang updated their official website with information about the release of Girls' Generation third Japanese single and their first Japanese tour. It was stated that on April 27, Girls' Generation would be releasing their third Japanese single, "Mr. Taxi / Run Devil Run", which would include their first, original, Japanese song "Mr. Taxi". and the Japanese remake of their song "Run Devil Run". At the 2011 mtv Video musik Aid jepang (VMAJ), Girls' Generation was nominated for three awards under the "Best Group Video", "Best Video Of The Year", and "Best Karaokee! Song" categories.On July 2, it was announced that they had come out puncak, atas in two out of the three nominated categories, winning "Best Group Video" and "Best Karaokee! Song" for the Japanese version of "Genie". On June 1, 2011, the group released its debut Japanese studio album, Girls' Generation.The album was promoted via the groups first jepang tour entitled, The 1st jepang Arena Tour, which started in Osaka on May 31, 2011. A total of fourteen concerts in six cities would be held over a period of a bulan and a half. Girls' Generation was certified Platinum (250,000) oleh Recording Industry Association of jepang on June 14, 2011, making it the fifth Korean artist's album to do so after S.E.S, BoA, TVXQ and KARA. Girls' Generation then was certified Double Platinum (500,000) on July 8, 2011, a first for any Korean girl group. The group also set a record for recording the highest sales of the FIRST album as a foreign artist in Japan. Girls' Generation is the fourth artist to obtained number one spot on weekly album chart after BoA, TVXQ, and Big Bang,[98] and became the third Korean act to surpass the 500,000 mark after BoA and TVXQ. As a result of their rising popularity, Girls' Generation became the highest earning foreign artist in jepang for the first half of 2011. oleh the end of 2011, the album had sold over 728,000 copies.The album was re-packaged, as "The Boys" on December 28, 2011. Their most successful album to date, it was certified 'Million' oleh the RIAJ, and made the group the detik Korean artist to earn this achievement in jepang since labelmate BoA's "Best of Soul" in 2005, as well as being the first female group to do so.The self-titled album was the fifth best selling album in jepang in 2011 and won Album of the tahun at the 2012 mtv Video musik Awards Japan. The lead single, "Mr. Taxi", sold over 100,000 copies in its first week, beating out its predecessors, "Gee" and "Genie". The single also managed to clinch the number 1 spot on Billboard jepang Hot 100 chart for two consecutive weeks and was nominated for Video of the tahun at the 2012 mtv Video musik Awards Japan.

Girls Generation 2nd Asian Tour was announced oleh SM Entertainment in June 2011. The tickets for the tour went on sale on June 7, 2011 on GMarket. On July 24, Girls' Generation was selected oleh SISA Press as "The Most Influential Entertainers in Korea" for the tahun 2011, after having placed sixth in 2010. Setting their sights on the international market, Girls' Generation signed a contract with Universal musik Group in 2011 to release United States material under Interscope Records.The Boys was originally scheduled to be released through iTunes and various musik websites in Asia, including its native country, Korea on October 5, 2011. But on September 30, it was revealed that the album's release has been postponed so as to bring about a worldwide album release. On October 10, it was confirmed that the album will be released on October 19, 2011 and comeback on KBS musik Bank on October 21, 2011.

Girls' Generation performing "The Boys" at Madison Square Garden, in October 2011.
The judul track, "The Boys", co-written oleh member Tiffany and produced oleh Teddy Riley, famous for his work with Michael Jackson, was released in both Korean and English, and eventually Japanese. Within menit after the release of "The Boys", Girls' Generation achieved an "all-kill" status on all major on- and off-line musik charts in Korea. Despite not charting on Hot 100, the song managed to peak inside the puncak, atas 30 on the iTunes chart in the United States, selling over 21,000 copies and becoming one of the best selling K-Pop songs, at that time, in the United States. The same titled album sold 227,994 albums within twelve days in South Korea, becoming the best selling album in October and third best selling album in 2011. oleh the end of December, "The Boys" had sold a further 150,000 copies, bring its total to 385,348 copies, becoming the best selling album in South Korea in 2011. The group began promotions on KBS musik Bank with "The Boys" and "MR. Taxi". On October 23, 2011, it was confirmed oleh the members at the New York City tanggal of SMTown World Tour II, that "The Boys" maxi-Single would be released internationally on November 19, 2011, although the tanggal was later moved to December 8, 2011. With only two months of sales, The Boys managed to become the 10th best selling digital track in its native country of 2011, having sold 3,032,658 copies since its October release. As of April, 2012, the album had sold over 410,000 copies in South Korea, setting a Gaon Chart record for the best selling, non-repackaged album in the chart's history.

It was announced on November 11, 2011, that the group would be releasing their first official Japanese photobook titled "Holiday". "Holiday", reached the number one spot on the book sales ranking chart under the photograph collection category and sold 17,000 copies the first week after going on sale on November 30. It ranked eighteenth on the secara keseluruhan, keseluruhan book sales ranks. "The 1st jepang Arena Tour" was also made available on Blu-ray and DVD on December 14, 2011.

On December 7, 2011, it was announced that Girls' Generation will be releasing a re-packaged version of their debut Japanese album "Girls' Generation", which included a Japanese version of the "The Boys", and remixed versions of "The Great Escape", "Bad Girl", and "Mr. Taxi". It also contained the new song, "Time Machine". The album was released on December 28, 2011, and, collectively with the initial album, "Girls' Generation" passed sales of over 800,000, with shipments of 1 million. The album placed fifth on the Oricon Weekly CD Albums chart for the detik week of January, 2012 (Jan 9 – 15)and Oricon announced that it was the first time in history that an album oleh a Korean artist has placed in the puncak, atas 10 for seventeen weeks. The sebelumnya record holder was the original soundtrack for the Korean drama “Winter Sonata”, which remained in the puncak, atas 10 for sixteen weeks. Due to their Japanese releases, the group ranked fifth among Japanese artists in terms of monetary profit, the group had generated over 4.5 billion Yen (US$57 million) for 2011. 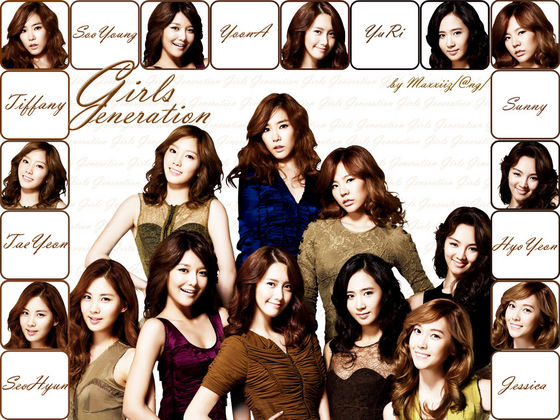 taysallorim and igotaboygg1 like this
2
Jessica & Sooyoung (Western astrologi Compatibility as Friends) Just for fun!
posted by Schnusch 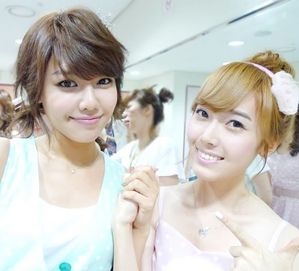 You and Aquarius get along famously. You've both got boundless curiosity. Aquarius will never discourage anda from turning down a dark alley atau ducking into an unfamiliar watering hole. Similarly, you'd never mock your pal about their idea for a car powered oleh anggur juice. Aquarius has no problem with your taking the lead in everything anda do, while anda let the Water-bearer to hold forth for hours on their latest humanitarian cause. Yes, you'll accuse this friend of not having enough time for you, while Aquarius will call anda a selfish pig from time to time. Happily, such...
continue reading...
1
The First Ever 2009 Melon musik Awards: SNSD Winners!!!
posted by animeadd8
The first ever 2009 Melon musik Awards kicked off tonight and with it being its first event ever, it was decent, but left us with much to be desired.

With that said, SNSD swept the night with 6 awards, including the biggest award of the night, the "2009 SONG" of the year.

Below is the full daftar of winners: 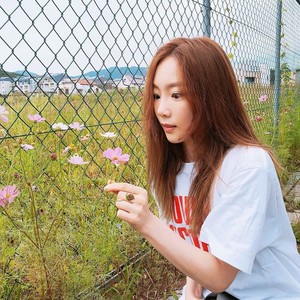 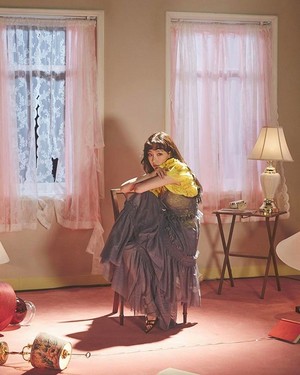 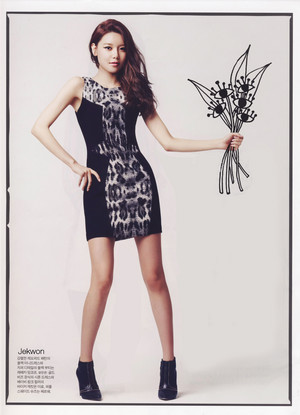 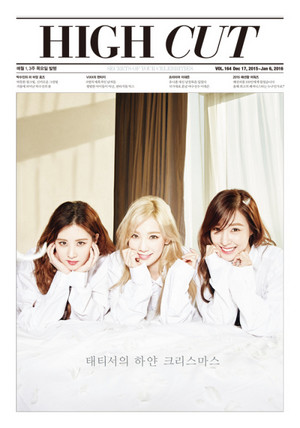 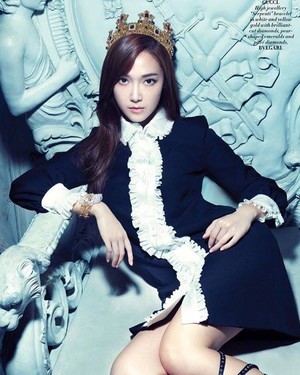 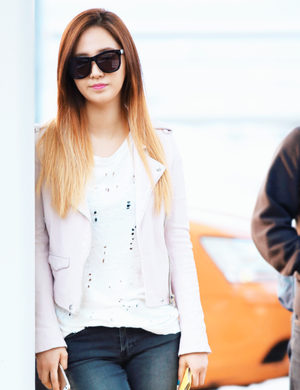 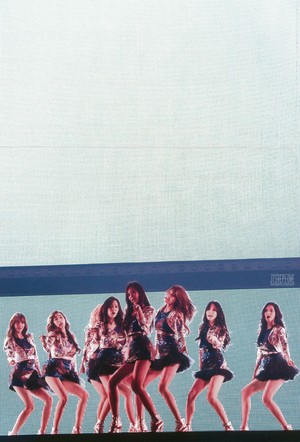 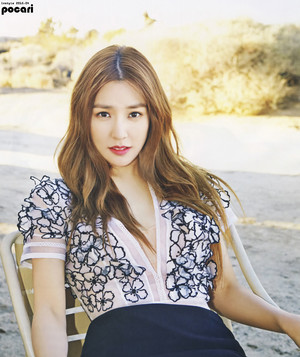 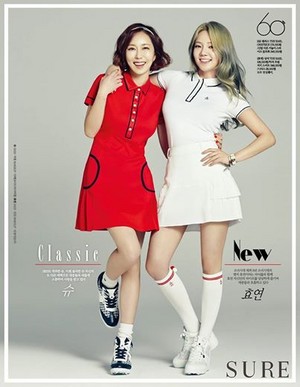 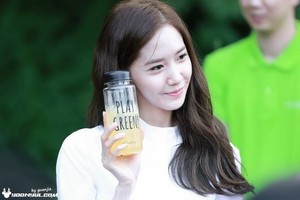 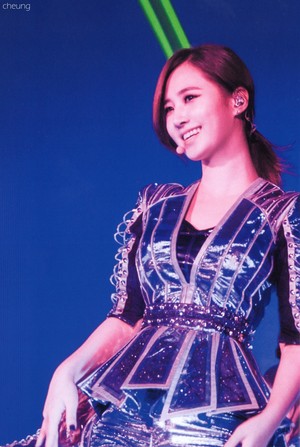 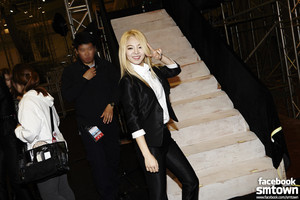 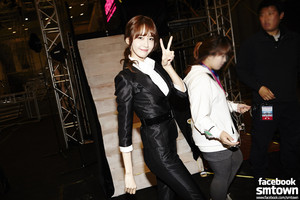