3
barbie Movie kutipan
posted by yvetski
Here is a compilation of Barbie's quotes, found at the very end of the "end credits".
These are what I most look meneruskan, ke depan to, when I watch a barbie movie. Always inspiring in just a few words. ^_^

Barbie in The Nutcracker (2001)
"Anything is possible."

Barbie as Rapunzel (2002)
"Love and imagination can change the world."

"Love and imagination can change the world."

"There is always hope."

"Trust your true self."

"There’s a difference only anda can make."

Keep in mind that I wish the animations of the Sequel atau Prequel are the same as the original film.

For those who know me, anda probably guessed it. 12 DP is my favourite barbie film that is underrated and deserves a Sequel and Prequel, because the villian actually nearly managed to poison the king, get rid of the princesses and become queen. Had Genevieve & Derek not shown up, this would have been successful. So,...
continue reading...
62
daftar of barbie film
posted by DifferentFree
A daftar of all of the barbie Movies, including film that have been *OFFICALLY announced as future projects. link to the imdb pages for each movie has been provided as well. This daftar will be updated whenever new information is acquired.

8. barbie and the 12 Dancing Princesses...
continue reading...
36
daftar of barbie film songs
posted by cynti19
Some of songs are from the movie while the rests are from soundtrack but they are still related in barbie Movies.

I'd make a cokelat lake
Turn cabbage into cake
I'd text without mistakes, lol Yeah
I'd dream a pair of wings
And I would fly away
I'd zoom across the sky
Make it snow in July
I wouldn't be so shy, "pleased to meet you"
I'd do just what I want
Like every single day
Hey-hey-ey

1. Princess Genevieve is logical, she easily figured out Rowena wasn't right. She could have done so Preminger too.

2. At the beginning of the movie, queen Genevieve and the king were shown. The king's appearance was no where near Derek's.

3. When the kingdom had gone bankrupt, she could have asked for help from her sisters, as atleast some of them must have married kings.

5. Their hair warna don't make sense. The queen's hair should have been lighter than the Princess' as she was older 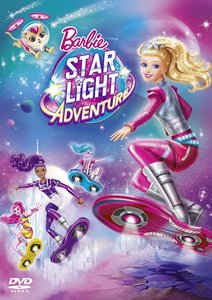 So can anda feel it all around
Hear the sound,got me up
And I don't think I'm coming
Down
HEY!HEY!
Its something in the air
Oh,oh,oh
Can't see it it but it is there
O-oh,oh
Its the boom-boom beat in my heart
I don't know where it is
But I know where it starts

There is no dream
That I can't reach
O-oh, oh, oh, o-oh, oh
Because everything
Is an opportunity
O-oh, oh, oh, o-oh, oh
To make something
From nothing
This feeling is everything...
continue reading...
2
Watch barbie film in hindi on youtube !
posted by Indianbarbie
Well I've found the link to barbie in princess power in hindi on youtube . The link link
to watch lebih barbie film in hindi , there's a channel which posts barbie film in hindi .
anda can cari 'Barbie film in hindi '
the video are edited so that youtube won't block them . The speed of video are increased but don't worry anda can go to the desktop site of youtube and decrease the speed. I want to share this link as I'm an Indian and wanted other Indian barbie fan who are in this club . Plus I want to ask that how can I change my profil picture ? I can't find any option ....
You Might Also Like...

It may seem an imposition
But, hello, I'm on a mission!
There's no one who can stop me
And there's nothing anda can do!

I want it all!
I want it now!
Don't tell me no
Just tell me how!
Y'see this crown?
It means bow down!
What I want is really very small
I want it all! (spoken) That's all!

Getting lebih magical every day
And totally taking my breath away (Ahh... Yeah.)
I know that you're gonna feel okay
Because it's better for me!

I want it all!
I want it now!
Don't make it small
Just make it wow!
Life has its games...
continue reading...
3
Prettiest Female barbie Characters
posted by CRaZy_rawR

Rowena.
10. Rowena (12 Dancing Princesses)
I think Rowena is quite pretty. It kinda relates to the Evil queen in Snow White and the Seven Dwarves. If Rowena had better hair and wardrobe, she'd be soo pretty.

I cinta Lydia's sharp angles. Her makeup is a little out there, but I cinta her wardrobe also.

If she wasn't so plain, she'd be a lot prettier. Her wardrobe is very bland though.

I cannot stand Raquelle, but she's kinda pretty. I think her lips are little too disproportionate...
continue reading...
8
daftar of all barbie film
posted by cutemimi25 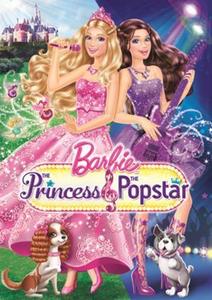 In the summer, Meribella, a magical kingdom, was soon going to have its five hundredth anniversary. Princess Tori and her younger sisters Meredith and Trevi were very busy. They had to attend ceremonies and balls, and always be poised and proper. The princesses thought it was hard work. Whenever they had the chance, they would sneak away and play together. Before Meribella's five hundredth anniversary, the princesses had to greet royal visitors, who came to Meribella for the occasion. Tori wished she could have an exciting, music-filled life like her favorit popstar, Keira. She wished she...
continue reading...
5
Best barbie film Ken
posted by Lena_t 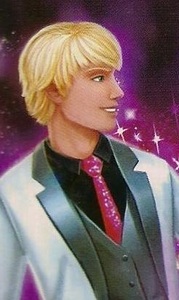 He seriously has to be kicked out of this poll.And selanjutnya time, is Ken's of FS turn.
corinne17

He looks really stupid in that movie .
manu962

In my opinion, Ken from FF is stupid. Kevin (BD) is way better than him
FairyPedro24

I don't like him, his face looked odd and that thing that he here first as blond.
Lena_t 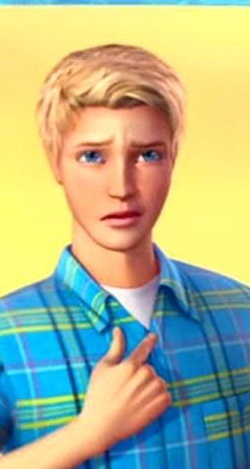 After Ken from FF, let's eliminate the same person... the earlier he's out, the better I feel, lolz!!
CleoCorinne 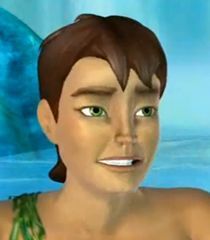 I was never fond of...
continue reading...
6
My favorit barbie film Couple
posted by Lena_t
Now this artikel is about the couples that make us fall in cinta with them. And again, after the picks I made, I write an artikel in your opinion about these romantic couples. I hope that anda like this article. Sorry again if I have errors in my grammar.

When I first watch Fairy Secrets I thought: “Oh! This guy absolutely spineless creature!” And my mind was same when I watched Fashion Fairytale. Why always barbie do something for their relationship? I’m wonder.
If on the beginning of the movie there wasn’t that this boy called Ken I probably though that they just...
continue reading...
A mermaid tale story i made with my imagination
posted by babypink123 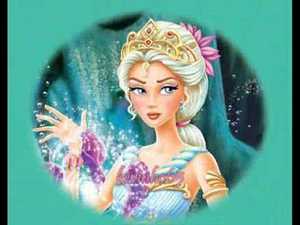 Hello ppl,I made this barbie in a mermaid tale adventure like its barbie in a mermaid tale 2.This is my story....After defeating Eris becoming surf champion Merliah was going to meet Kayla and Xylie to check out their latest trends so after she came back from their boutique one Merliah had cinta at first sight(lol)then she fainted!(OMG!!) The guy was a champion surfer like her!So they lived at Merliah's house and did everything together and had so much fun until one hari the guy (I forgot to mention his name Terennce) saw a girl who's hair was shining like gold!And so he quickly waved goodbye...
continue reading...
17
Repeated Names in barbie film (until 2011)
posted by LightningRed
From the earliest movies, Mattel has used repeated names for their characters. But recently almost all names from 12 Dancing Princesses are used! Even Blair, the main character of Princess Charm School, uses 12 Dancing Princesses' Blair's name!

Hello! I'm new here and wanted to share this artikel for anda <3 I'd cinta to read people's own ideas in the komentar below.

1. A movie detailing how Mariposa and Elina met
At the start of barbie Mariposa, Elina is narrating and it is made clear that she and Mariposa are friends. However, it is never explained how atau why the pair know each other. To me, the story of how these two became friends seems like a much better Mariposa sequel idea than Mariposa and the fairy princess. I would cinta to see both return as I adore their characters <3