The death part 1. -artemis x Wally young justice-
posted by artemisxwally
Okay I am a super fan of young justice an I have a fav couple... Yeah u guessed it Artemis and wally... Eeekk But then something terrible happens!! Oh and wally is an A hole at the beginning so ya he spose to be

DISCLAIMER: I do not own young justice

Any way so I made a story for them!! And sorry for my spelling if it's bad..!! And i spelled anda like u cuz it's faster.
U= you
Cuz= because
Y= why
And kshk is the radio okay!

The team is at Mount Justice while Artemis is on a mission....

wally snarled ," I don't like her I find her repulsive her long silky hair gross and tangled and her eyes that gleam like stars are ugly and big!"

"Did u just compliment Artemis and insult her at the same time? That's cold! What if she got hurt on the mission she's on what would u do?!?! " robin sighed.

Wally berkata ," I don't know but it's just Shes just always like ' i don't need help' and all that, so I guess if she got hurt I wouldn't care much."

Robin shocked at his reply asked another pertanyaan " yes u would so if Artemis died on her mission u wouldn't care?"

Wally blushed " well I kinda have feel.." Wally didn't get to finish. All of a sudden.

*kshk* "robin, superboy, aqualad, *cough cough* Wally and Meagan  do u read.. Uhg... *Artemis's voice grows fainter* I..I got shot with something and I'm bleeding out.. Bad help.. Please an I think I know... Who shot me..." Meagan says " who?!?" artemis continued " I think R...." Artemis's voice faded and they herd her walkie-talkie drop.

Wally, with worry in his voice reached for the walkie-talkie and tried to talk to Artemis,      " Artemis!!! Where r u.. I'll be.. I mean we'll be there in a second" but there was no response.

Wally, ran outside and with super speed ran around gothom city for about 20 minutes.

All of a sudden it started raining. Later he heard a silent whimpering. He ran Down a dark alley, he thought " I might be cold and soaked but I have to find Artemis!" there was another silent whimper.

Wally looked down around his feet with the dim light from a dull jalan, street lamp he could see a big pool of dark red blood surround his feet.

Wally followed the trail of blood to artemis's weak blood bleached body she looked at him with weary eyes and stared into his zamrud, emerald green eyes and whimpered " w-wall-y.

"I'm here artemis!" He covered her wound to stop the blood. " Wally why... Why.... Did u come for me we bicker and argue all the time.. I mean u could have sent some one else I thought u didn't like me... U should have let me die..." Artemis stuttered out her vision was getting blurry and she was getting confused, and now she was yelling! " Leave me to die I don't care, go make with M'Gann, leave me I hate u, i hate u! I.. I.. I love..."  tears streaming down her face.

Wally covered her mouth before she finished and yelled back

" I'm sorry Artemis but, Shut Up! I don't like Meagan, I cinta u and I hate u cuz u make me cinta u! With ur silky hairy, ur beautiful eyes, ur amazing body..." Wally's voice trailed off.

His lips traced from her wet shoulder up to her neck Over her cheek onto her lips " her soft lips" Wally thought.

His lips pressed against her soft lips he pressed his lips harder trying to pry his tongue into her mouth. Artemis let him and they sat there only breaking apart for a few detik for air.

But right after they stopped she noticed his eyes gleamed even in almost pitch darkness, she could still see them gleam they leaned in for another ciuman but Roy was standing there his black shadow casted across them wally looked up and screamed " roy!!!  Help me take Artemis back to the HQ she's woun.."

"Shutup Wally, I'm the one who shot stupid Artemis, yeah it was me!! Wanna know y! Cuz she replaced me!!!" Roy shouted.

Wally confused but angry yelled back " why would u do that to a team member... What did she do to u"

Roy now furious, started chuckling, " oh trust me I had help thanks to a tracking device i planted on her, it helped me find ur precious arty!"

Artemis gasped then grabbed her side in pain. Wally got up and him and Roy started fighting. Blood was flying.

About 30 menit later, Wally hit the ground and moaned in pain.

Roy won but Artemis had her bow and one last panah she stood on her weary legs, stretched the string and let it go. It punctured Roy's jantung and he fell with a thud. But that was the last of artemis's energy and she collapsed.

Wally, who was knocked out for about an jam awoke to Roy's dead body. But he was concerned only about one thing, Artemis. He looked around, and there she was on the cold cement. He took his jaket wrapped it around her and went back to Mount Justice.

On his way there he thought "Artemis, u are so beautiful, if u die I swear.. No anda won't die!! Because I cinta u! And I could have prevented this, I knew I should have went on that mission, I will make sure u survive!" when he got back to Mount Justice the team was shocked Wally told them the story and that Roy shot her.

" Let's bring her to your room wally we need silence an I need concentration", they went to Wally's room and Meagan berkata nervously ," hey before I start I have to get bandages, can u.. Strip Artemis out of her clothes into something dry, because her condition will get worse if she's cold."

Wally felt kinda weird, and all he could find to change her into was one of his shirts came down to her knees.

Wally changed into his boxers and a kemeja so Meagan wouldn't feel awkward.

When Meagan returned she remarked sarcastically " U cleaned up nicely.! But I have to focus on Artemis." Then at once Meagan used her medical powers, Meagan warned Wally " I dont know if we can save her there isn't much hope, since she lost this much blood and the panah Roy shot had poison in it so the poison might have reached her heart, I'm sorry Wally I know u liked her."

Wally shocked oleh what she berkata replied confusingly "What no I don't...." he looked down so Meagan couldn't see him blush.

" I read ur mind just before u rushed out the door."

Wally still looking down berkata " Oh ya then what was I thinking!?!?"

After a few moments Meagan broke the silence to answer his pertanyaan ," U were thinking ' oh no I have to find Artemis, I swear if she is hurt I will find and kill who ever hurt her!'"

Wally shocked that she knew just stood in silence. Meagan interrupted his silence again " well I've done all I could we'll just have to wait. I'll leave u and Artemis alone" and after that she left. Wally pulled off his kemeja to be lebih comfortable then he laid down selanjutnya to Artemis. He wrapped his arms around her. She was cold but his body heat warmed her up. He put his head in her soft blond hair and tucked his legs behind her smooth legs.

Wally pulled her close then thought ," I cinta u Artemis I wish I could have realized this earlier!" and with that he feel asleep. 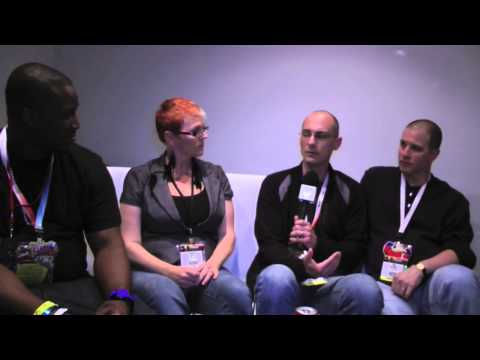 Young Justice Legacy Interview
added by SwarlsBarkley
The producers of Young Justice talk about the detik season of the tampil and the upcoming video game that will tie the two together.
video
in young justice
LEGACY
interview
game

Young Justice at a Hotel...
added by TOTALIzzyluver
The Team stays a swanky hotel...
video 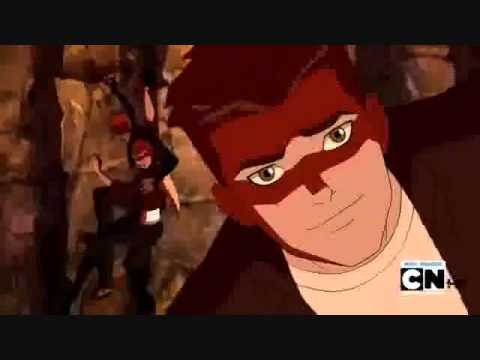 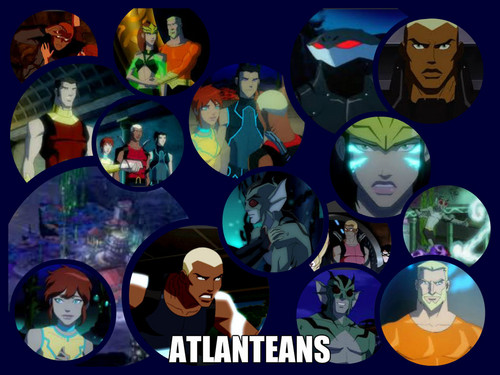 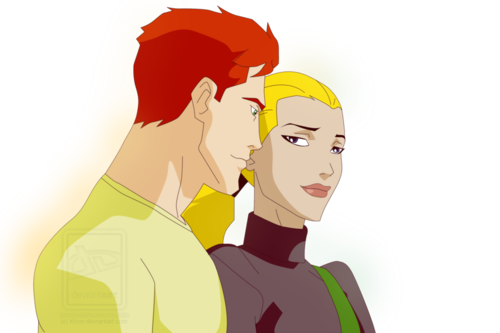 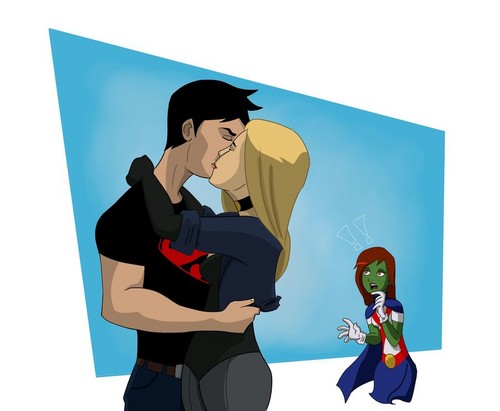 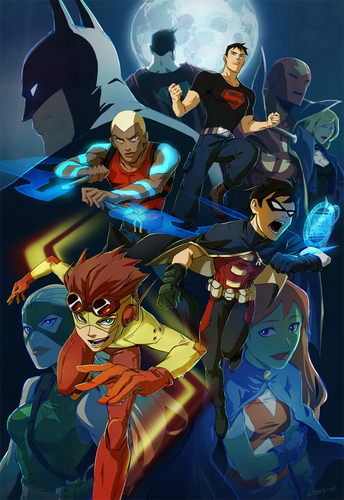 5
in young justice
added by breebree446
Source: lychi on DeviantArt 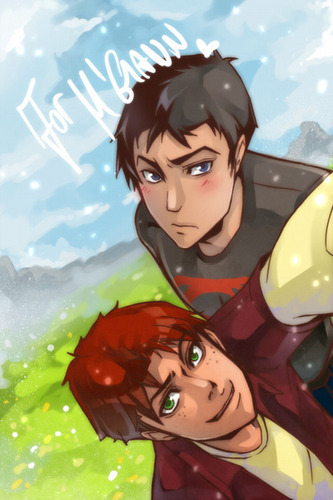 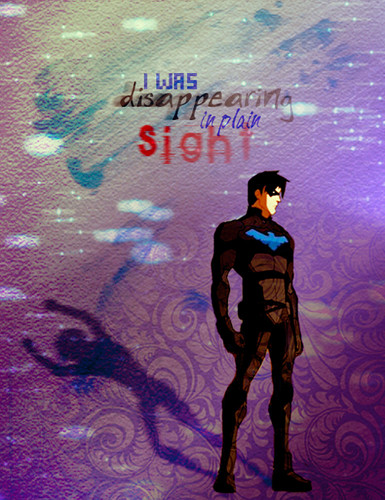 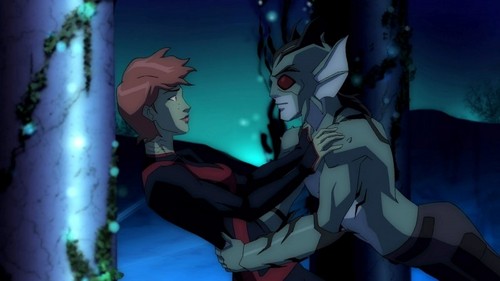 1
Me and Robins_Loves boyfriends!!!! being SEXYY
added by Mclovin_69 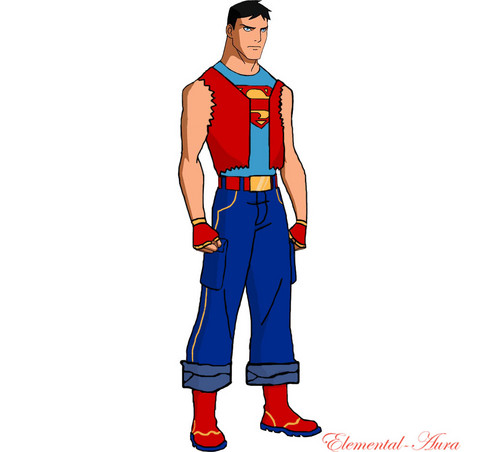 Superboy (My design)
added by Elemental-Aura
Source: me 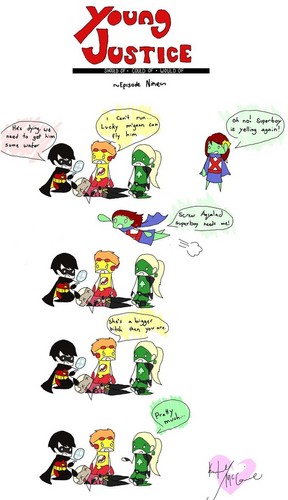 2
M'Gann is a beach! (censored title)
added by KatRox1
Source: Google- NOT MINE! 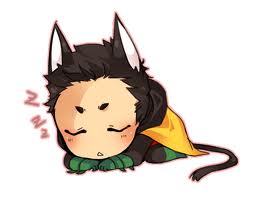 it was a normal hari at the cave me and wally were playing black opps but then team laporan to the brething room . i ran to down the hall but then i stopped as i look at a gorgeus girl team this is midnight she is your new teamate her secret ID is Alana brown she is black canreys sidekick berkata batman. partner berkata alana .she had jet black rocker hair, serpente blue eyes and a sexy frame she was perfect.conner and wally of coruse were drowling over her but me and kalder is new.ok do anda want me to enterdece every one? berkata batman. no i want to tryalana berkata wally west, artemis crock,...
continue reading...
1
Secrets Part 1: Lockdown
posted by SB_lover0506
BEEP! BEEP! My alarm rang out at seven in the morning. Groaning I slapped the off button, lebih like the shut up button, and flipped off my pale berwarna merah muda, merah muda comforter. I sat up feeling lazily around for my glasses on my nightstand. With a yawn I made my way to the bathroom and mechanically turned on the warm mandi, shower water. After putting my contacts in, I stripped of my Lulu’s and my ‘Robin Forever’ t-shirt. I stepped into the rushing water and let it cascade over me as I reached for shampoo. I was so tired that I almost cut myself multiple times while shaving, luckily I didn’t.
Let’s just say...
continue reading... 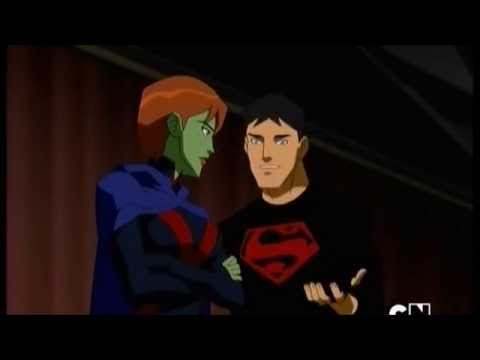