wolverine the end ? I think never :)

Wolverine: The End is a 2003 comic book featuring Wolverine. It was written oleh Paul Jenkins.

As part of Marvel's The End series the comic details Wolverine's last adventure. The story depicts Wolverine as an old man living in the Canadian wilderness facing his own mortality.[1] Events depicted within Wolverine: The End have been contradicted in other works,[2][3] which leaves the work's status within continuity and a future canon uncertain. 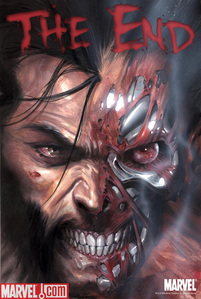