Today was the first hari of school for Reneseme, me and Edward too. We packed her backpack.
"Reneseme. Don't let anyone trade lunches with anda ok. And don't tell them your a vampire."
"Ok, daddy" Reneseme's school was in the same building as the high school. Edward and I walked her to her first class. Then we saw the jock. He saw Reneseme.
"Hey, cutie. Are these two anda aunt and uncle?"
"No." she berkata in her high toned voise. "This is my mommy and daddy."
"I'm sorry I didn't get your name. What was it?" Edward berkata to the jock.
"Oh, It's Andy."
"Andy this is Reneseme. Now if anda will exuse us we must be going." Then Edwards phone rang. I nodded at Edward so he could take the call. Edward walked off talking on the phone.
"Andy move." I berkata in a strong voise. He picked up Reneseme.
"Put me down! Put me down anda bullie!" Cryed Reneseme.
"Who is gonna make me? Your just a little brat."
"Exuse me what did anda just call my friend?" berkata a husky voise.
"I called her a brat." berkata Andy turning around. There stood Jacob, 7ft tall. Jacob took Reneseme out of Andy's arms. Andy took off like a little girl.
"Jacob please take her to her first class. And pleas wach after her just incase he comes back."
"No problum." I ran after Edward. Edward was still talking into the phone. I was guessing he was talking to Alice. I was wrong. He was talking to Charlie. When Edward saw me He hung up the phone.
"Where is Reneseme?"
"She is in her class." Edward grabed my hand.
"Follow me."

He lead me into the forest. It looked just like the medow back home, but it wasn't too green. Edward stared at me with his golden eyes. Then he got down on one knee, and took my hand.
"Isabella angsa, swan I swear to cinta anda and our daughter forever. I promas to stand oleh your side till the hari anda die. I will never hurt you, in any way. If I do I will apoligize. Isabella will anda marry me?" WHen he was done speeking I was speachless.
"Yes, I will marry anda Edward." I wisperd. I loved Edward so much. We could be a family now. Reneseme could stay with Alice until 3:00. Renseme is already smarter than everyone.

A few days later the phone rang.
"Hello?"
"Hey! Bells."
"Oh hi Chr-Dad."
"Hey Kiddo, just calling to see how anda are doing."
"Oh I'm fine."
"You sound a lot better. Is Edward there?"
"Umm, Yeah hang on a second." Edward was already be myside. I gave him the phone. There was a knock at the door. I answerd it. There was the last person I wanted to see. Andy.
"What the hell do anda want? I'm really busy right now."
"I just wanted to see if Reneseme was here."
"She is, why do anda want to see her?"
"I was woundering if anda needed a babysitter. I can take her to my house and we can wach cartoons, play games. Just have fun."
"Umm, well we alread have a babysitter. And I would never trust my child with you."
"Why can't I babysit her. I mean I know this is gonna sound stupied but I cinta her, I can't live with out her." This shocked me. Two people who cinta my daughter, I could trust one but not the other.
"Jacob." I hollord into the house. Not a menit later Jacob was standing behind my.
"You called?"
"Yeah, umm....Andy loves Reneseme and he swears he can't live with out her, sound fimlar? Do anda think anda can talk to him."
"Yeah I'll do lebih than talk to him."
"Jake, easy, calm down. If it gets to much just run I don't Reneseme seeing what anda can do ok?"
"Ok."
Alice walked up the driveway.
"Hey Bella."
"Hey Alice. Did anda see what Edward did?" I held up my left hand tampilkan her the ring.
"Yeah I saw." she sounded dissapointed.
"Alice?"
"Yes, Bella?" I took a deep breath.
"Will anda do my wedding?"
"OH YES YES YES. I WILL THANKS SO MUCH I cinta anda FOREVER."
"I know anda do." I told Edward that Reneseme, Alice and I where going hunting. And we took off. 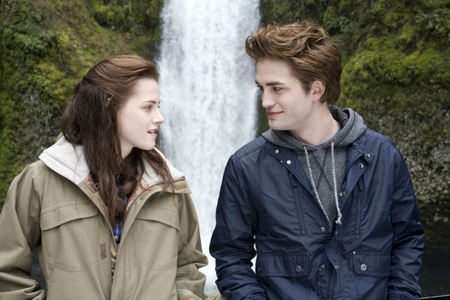 mmourer, patrisha727 and 4 others like this
Brysis OHHH this is sooooooo awesome, ilove your fanfic!!! This is getting better everytime you wrote more!!! day to day!!! GREAT job!!! Keep doing it cause know I´m addicted to it lol XOX
michellepop this is all rong and sounds stupid a new meaning to the word sad
twilightGGlost Wait how old is reneesme appear to be...I'm confused....
teamalice_0 Ya Love it!

6
EDward pics
added by me_who_else
Source: I got all of the foto from fanpop and I put the all together on my pc

Rob and Kristen
added by estherthomas

1
Twilight
added by funnyshawna
Source: me

4
Kristen
added by courick11
Source: me