1
Development
posted by tamar20
The Witcher 2: Assassins of Kings was officially announced on September 18, 2009.[2] CD Projekt developed their own engine for the game,[8] unlike the first installment which ran on a modified version of BioWare's Aurora Engine. The game also incorporates the Havok physics engine.

On March 25, 2011, CD Projekt released the first gameplay video, which showcased a variety of different methods in which a player could complete a diberikan level. Another gameplay video was revealed at Gamescom, displaying the many different characters and settings found in the game. The game features a branching duologue system with full voice akting which was cast, directed and recorded in London, England. It was also confirmed that the game would have 16 different endings.

On April 14, 2011, CD Projekt announced during their CDP Days 2011 Spring Conference that retail copies of the game would feature SecuRom DRM. However, the protection would still allow for infinite installations on an infinite number of PCs, with the ability to play on up to five PCs at any one time. It was also confirmed that the game would feature no censorship between regions.

On May 3, 2011, Namco Bandai confirmed that the Australian release of the game would contain a minor ubah to meet the MA15+ rating. The ubah specifically relates to a side quest in which Geralt is offered sex as a reward for completing the quest. The Australian version will see Geralt decline the offer automatically. Three weeks prior to this announcement, the game was removed from the Australian Steam store, causing outrage amongst the Australian gaming community.Additionally, CD Projekt's digital distribution service Good Old Games announced that the price of the Australian version would be increased due to licensing issues, but that customers could still pre-order the game for its original price 17 hours before the change.

The May 2011 issue of the Polish version of playboy Magazine featured the character Triss on the cover half-naked.

GOG promoted the game oleh reducing the price of The Witcher a week prior to the release of the sequel, encouraging players to import their save file from the first game to the second.

Steam offered three promotional The Witcher 2 items for Team Fortress 2, consisting of a hat of hair, a sword and a necklace, which were limited to the game's Scout class.

The Witcher 2: Assassins of Kings was released for PC on May 17, 2011 at retail and for digital distribution services such as GOG and Steam. In some countries in Eastern eropa (like Bulgaria) the Collector's Edition of the game hasn't been delivered to the local retailers as of June 6th. There is no reliable information if and when CD Projekt will deliver the pre-ordered copies.

On June 2, 2011, an Xbox 360 version was announced, with CD Projekt confirming that it would be released oleh the end of the year.

In May 2011, Polish Prime Minister Donald Tusk gave American President Barack Obama several gifts after his visit to Poland, including the Collector's Edition of The Witcher 2.

The Witcher 2: Assassins of Kings has received general favourable from critics, with a metascore of 88/100 based on 52 critic reviews.

Critics generally praised combat mechanics, customization, graphics, environments, immersiveness and storytelling. PC Gamer felt that combat mechanics and the game's ending were the weaker point of the game.[27] The game garnered a number of perfect scores, with GamePro saying that "The Witcher 2 embodies everything that's good about PC development, and everything that makes it, in my mind, the best platform out there. It tells a mature tale full of intrigue, mystery, and frustrating but satisfying combat, and while it is difficult (remember, there is no shame in playing on easy if you're having trouble; no one's going to take your gamer cred away from anda for doing so), it's bound to please any RPG player who gives it a try."

oleh far the main sumber of contention about the game is the difficulty of the combat, especially during the game's first few hours. Some critics have praised the difficulty of the prologue, the game's consistent refusal to hold the player's hand, and the necessity of using all of Geralt's abilities simultaneously in order to survive; for instance, Eurogamer wrote "there's simply no competitor that can touch it in terms of poise, characterisation and storytelling, atau the way in which it treats anda not as a player - someone to be pandered to and pleased - but as an adult, free to make your own mistakes and suffer a plot in which not everyone gets what they deserve."

Others feel that the game is simply too hard in the beginning and presupposes an unfair level of clairvoyance on the part of the player, with Destructoid menulis that "while hardcore fan will likely dive into the game and have fun, those who don't feel that they should be made for pay for a game with their patience will be put off." Destructoid's review notably received a large negative backlash from fan in its komentar section, but a few other reviews have echoed its sentiments. It should be noted that the 1.2 patch introduced "game balance fixes" in the Prologue.

The game has notably received very positive reviews from users at Metacritic based on over 1200 user ratings—an unusually large number of user ratings.

At launch, many critics and gamers complained about activation problems, registration issues, and performance on high-end systems with both nVidia and ATI cards. CD Projekt will be releasing a patch in the near-future which is supposed to resolve most of these issues. nVidia has issued a hotfix in the meantime, and ATI has released a hotfix that enhances CrossFire support for the game. The 1.1 patch of the game also resolves some of the above noted issues.
yusra89 likes this 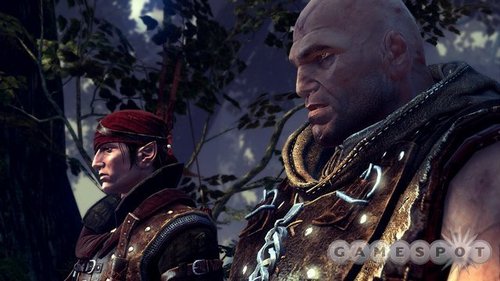 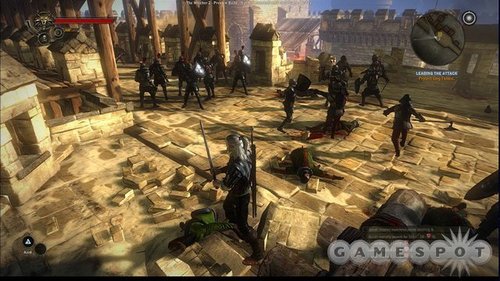 1
The Witcher
added by tamar20 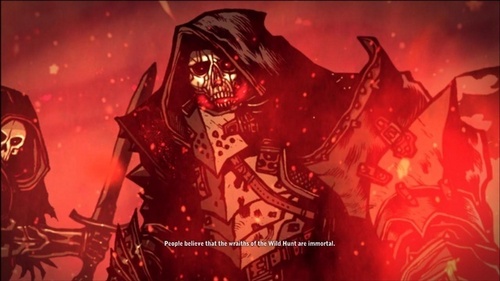 1
Assassins of kings
added by tamar20 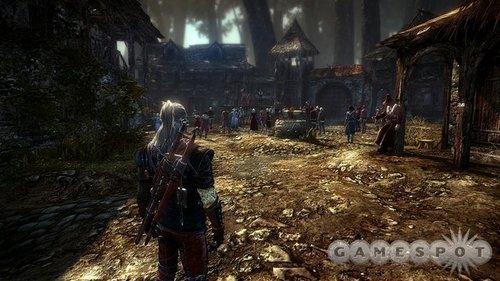 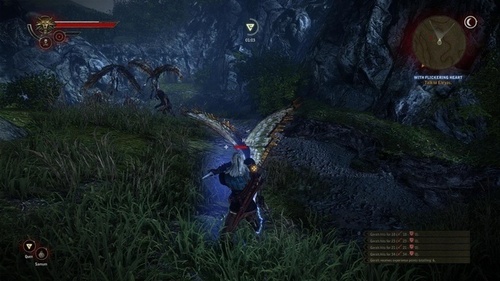 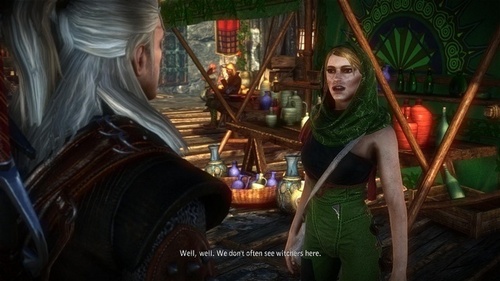 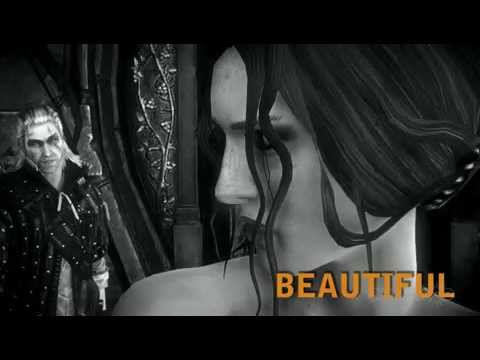 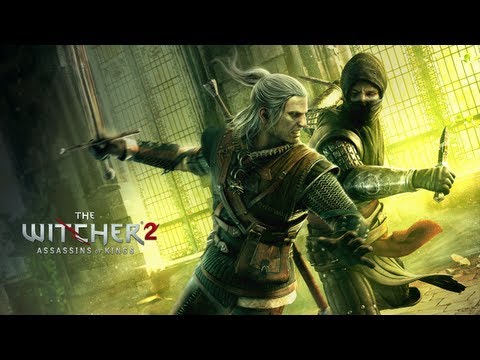 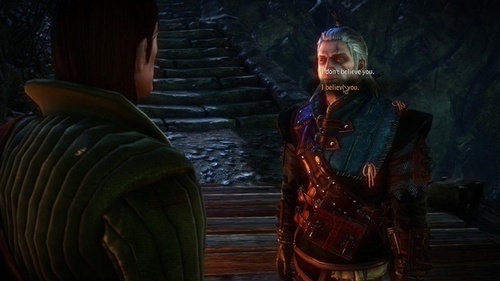 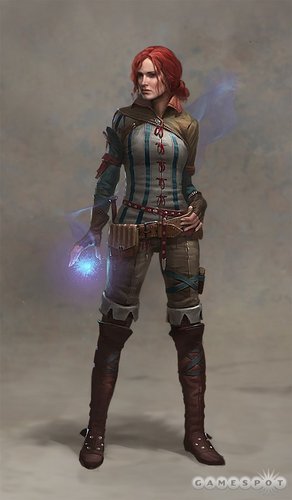 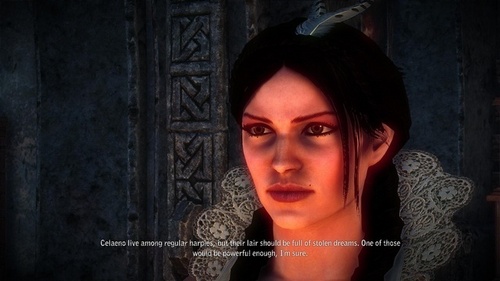 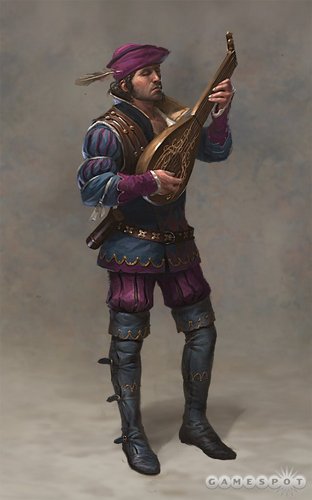 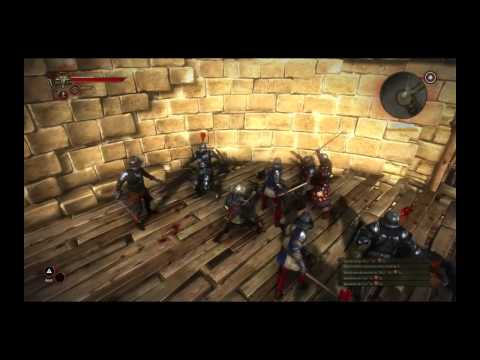 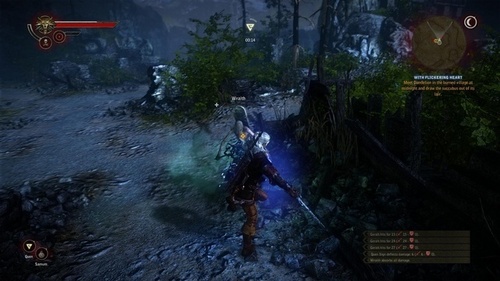 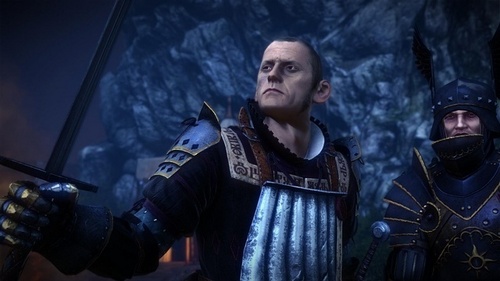 1
Witcher
added by tamar20
1
The Witcher 2: Assassins of Kings
posted by tamar20
The Witcher 2: Assassins of Kings contains many different paths and storylines , along with multiple endings. As in the first game, the player takes control of Geralt of Rivia, one of the few remaining Witchers. Witchers are humans that have been genetically enhanced and trained to fight monsters from a young age.
During the prologue, Geralt is interrogated in a prison of the kingdom of Temeria oleh Roche, the commander of a group of Temerian special forces known as the Blue Stripes, regarding the assassination of the king of Temeria, King Foltest. Geralt recounts the events leading up to Foltest's...
continue reading...
More Cards
1234567891011