57
Son of Neptune- My story
posted by lovespercy
It WAS going to be only one chapter. That's why I originally put it in Articles. But I ended up not being able to stop.

The whole world was spinning at puncak, atas speed, for what seemed to be a minute. Then it suddenly stopped. I opened my eyes slowly, and immediately regretted it. A sharp dagger like pain erupted in my temples. I quickly closed my eyes. The pain receded.
Then a shocking thought hit me. Where was I . . . and I realized the most terrifying thought of all- Who am I? My eyes shot open again, but I ignored the throbbing pain. That is when I took in my surroundings. I was in an enclosed luar angkasa that looked like the inside of a tent. The ‘ceiling’ and ‘walls’ were a camouflage green and it was barely tall enough for someone to stand up. There were three other bunks, atau beds, just like the one I was sitting on. It was hard and cold, like I hadn’t been there for very long. The tent was vacant of any people. I was wearing a white tank puncak, atas and camouflage pants.
This is creepy, I thought, I wake up in a acak tent having no idea who I even am. Wearily I stood up and made my way to the tent flap. I lifted the flap to see a camp with tents much like mine. It was dark outside with snow on the ground and a thick layering of trees enclosing the campsite.
“Look who decided to show,” a boy with curly blonde hair said, “Now the party can start. Right Ken?” He was shorter and had a mischievous smile that gave me the impression he was a troublemaker. I knew someone who looked like that. Wait, what? There were two other boys standing oleh him.
The boy Ken, who had blonde hair and blue eyes berkata “You got that right Craig! Percy tomorrow is free day. We can go to the town and meet some girls.” He smiled knowingly, as if it was an inside joke we both shared.
“I don’t know what anda are talking about.” I replied. “I don’t know you. I don’t know where I am. I don’t even remember who I am.”
The two boys, who had talked earlier, Ken and Craig, both started to crack up. “Nice one Percy!” But the other looked at me mysteriously, as if he had never seen me before. He seemed to make a momentary decision.
“Guys he is serious. Maybe he got a fever atau hit his head.” He suggested.
The others looked at me strange like I was going insane. “Yah, maybe Bobby.”
Bobby had light brown hair and was pretty strong looking. His eyes were memorizing, I think they were hazel and they had sparks in them.
Craig decided to help me out a bit “We are your best buddies Ken, Bobby, and I. We are in a military camp for troublemakers. You’re name is Percy. anda are the strongest person in the camp and the ladies cinta you. Anything ring a bell?”
I was even lebih confused “Not really.”
Ken tried “You and I have a lot of fun impressing the ladies. They cinta us, and we are the perfect pair. We both got the looks. I got the pickup lines; anda have the broad shoulders, muscles, and a stinkin’ 6 pack. anda have the personality they love, with the jokes and all. No? Nothing? Common, we are the perfect chick magnet duo.”
“Nope, I got nothing.” I simply stated.
We decided to call it a night and headed back to our tent. Craig and Ken talked for a while, making a few jokes. Bobby looked at me as though he didn’t trust me. I decided that he at least didn’t recognize me. I stood up and sat selanjutnya to him on his bed.
“Bobby, anda seem to know a little bit about what is going on. Do anda know me?” I asked attentively.
“I have never seen anda before in my life. anda have a strong aura, though. Your whole being radiates power. No wonder anda have a way with the mist.” He debated. I felt relieved; at least I was not the only one going crazy.
“You don’t know anything about me then, right?” I cautiously inquired.
“I know anda are no ordinary mortal. For one thing, anda didn’t ask what the Mist was.” He berkata warily.
Without thinking I berkata “Isn’t that like a veil that hides, atau at least deforms, what happens in the real world from mortals?” the moment it was out I regretted it. Bobby looked at me as if I was dangerous.
“Yah, that is exactly what it is.” He said.
Then he called for lights out.
I stayed up for a while, sitting in the pitch dark. I was never afraid of the dark, but this time was different. The blackness was suffocating and I felt so alone and confused. This was all bewildering. What was going on? I tried to pull some memories of my past out of my brain, anything. Images, names, events, anything! All I got was a major headache, and a pair of eyes. Beautiful eyes. They were a silver gray that seemed to be staring right into my soul. My jantung started pounding a little faster. Was this important to my past? I slowly fell into a shallow but dreamless sleep.

1/The X-files ending: Since he killed a minor god, Percy is taken to the court of Olympia. He claims to have been controlled by…aliens. The gods don’t believe him. But Annabeth and Grover believe that the gods are hiding aliens to fullfill their dark conspiracy of making a god-alien…hybrid race that could become slaves for the aliens when the colonization begins. In the ending, all the gods...
continue reading...
What the Hades did he get himself into this time...
posted by HecateA

Just for the genuinely confused readers out there: Percy's missing. I'll wait a few menit for anda to stop hyperventilating...

Okay, new kid knows what's going on, the rest of anda should be okay with this.

Now, what the Hades happened?

Well seeing as we're talking about demigods here: anything. As far as we know, he could've been taken oleh a breed of evil cubcake-aliens. Okay, maybe not, but there are a few ways.

Okay, I'll...
continue reading...
6
Sweet Memories. A Short Story.
posted by Amphitrite
A/N: I do not in any way own the characters presented in this story, they belong to RIck Riordan. Furthermore I am no lebih affiliated with R.R. than the man in the moon. This story was inspired oleh a cnversation on one of my artikel and is in no way a representation of the actual story told in the lost Hero. The happenings in this story are based on some theories that I find interesting.


I stared blankly at the wall, where am I?
"Percy!? Percy?! Are anda here?"
I could hear someone calling from somewhere outside of my prison. I could tell from the gruff voice that it had to be a guy. He sounded...
continue reading... 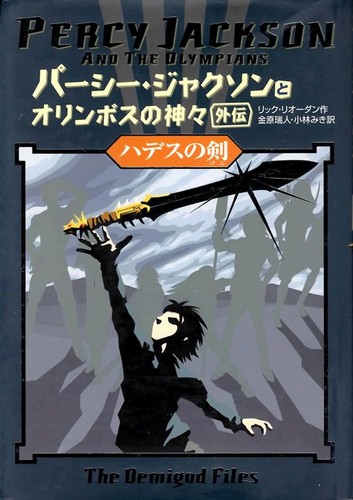 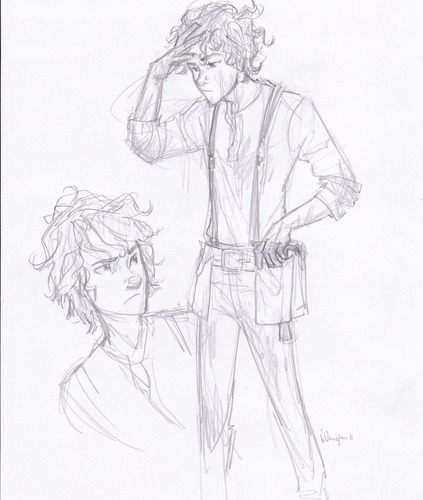 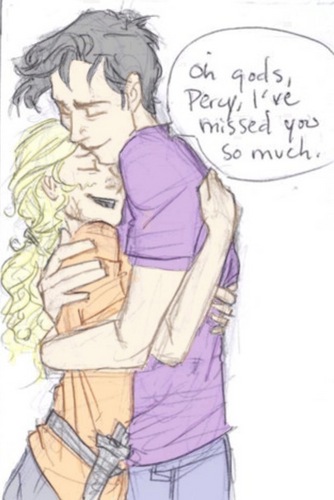 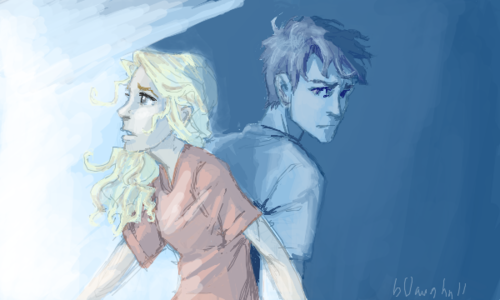 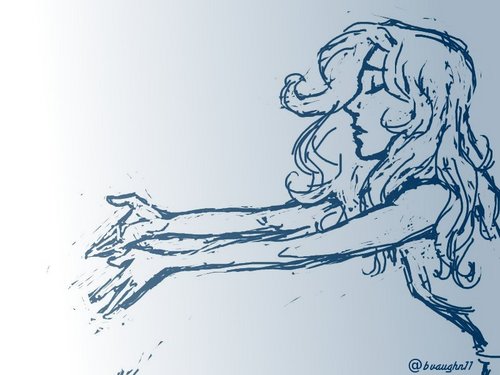 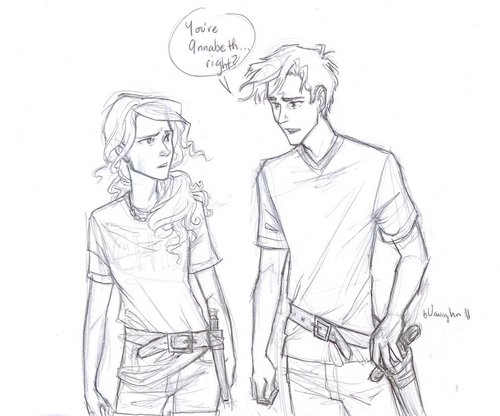 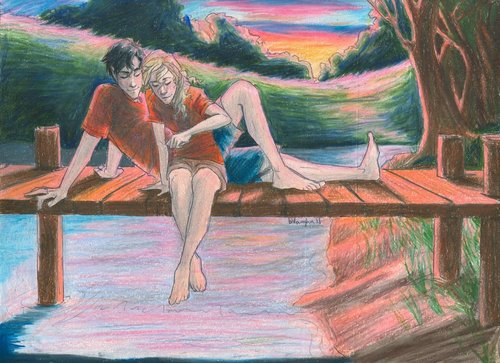 9
OUTSIDE!!!
added by green-art-ac-pj
Source: burdge-bug
1
when octavian had a problem with his Pjs
posted by olympianglory
Octavian got out of tempat tidur and tried to unbotton his pj's but a button fell off. NOO he cried what eva shall i do! its a catastrophe! NOT EVEN MINERVA COULD SEW THIS BACK ON and he ran around screaming and killing acak teddys. he told Reyna who screamed FIND IT! GET THE LEGION TO FIND IT!!! when she told the legion, they screamed OHH NOOO cried hazel ITS A CATASTROPHEEEEYYYYYYYYYY THE UNSTOBBALE BUTTON NICKERS!!!!!!! and they went on about this until they realised octavions button was in his room.
6
THE FULL cuplikan OF THE DEMIGOD DIARIES, THE STAFF OF HERMES
posted by fusshi123
OMG GUISE THIS IS THE FULL cuplikan OF THE DEMIGOD DIARIES

Annabeth and I were relaxing on the great lawn in Central park when she ambushed me with a question.

I went into red alert mode. It's easy to panic when you're a new boyfriend. Sure, I'd fought monsters with Annabeth for years. Together we'd face the wrath of the gods. We'd battled Titans and calmly faced death a dozen times. But now that we were dating, one frown from her and I freaked. What had I done wrong?

So what had I forgotten?

I was tempted (briefly) to bluff my way through. Two things stopped me. First, I didn't want to lie to Annabeth. Second, she was too smart. She'd see right through me. 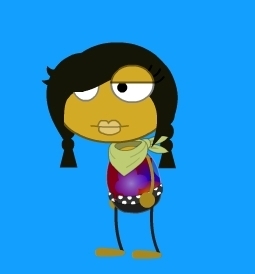 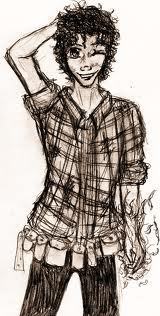 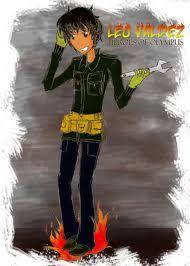 2
Camander Tool sabuk
added by polux1002
2
Associating the romans and their godly parents
posted by mixthealphabet
Okay. I know this has been done before but I just felt like telling people a bit about what I thought it could be. It obviously won't be the exact truth but a girl can hope. And, in this case, spread her guesses around fanpop despite the lack of time to do so.

Bobby
"Bright fame"
Well, I think he can be a son of Athena atau Apollo, since the bright above can mean intelligence atau luminous. I don't know why but Apollo fits better in my mind.

Reyna
"Queen", "Pure", "Summit"
Out of all of them, this character is certainly the most discussed of all. Who is Reyna, after all? Who is...
continue reading... 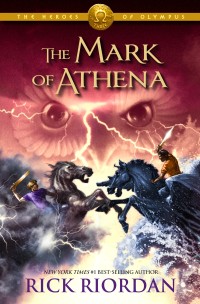 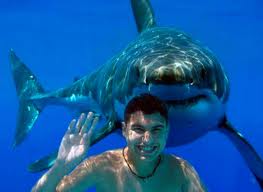