10
Go Girl magasine reveals 7 secrets about 1D that u need to know!!!!
posted by lois4 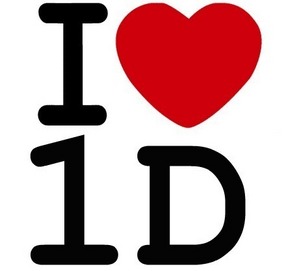 1. CRAZY COSTUMES! The boys cinta silly costumes! Louis was spotted leaving the studio in a hospital gaun and the lads have all in one outfits that they wear way too often!

2. MUMMY'S BOY! Harry confessed that even though he loved living in the x factor house, "I miss my mum a little bit."

3. SHY GUY! Liam was really shy about performing when he was younger! His old teacher berkata 'He needed to be pushed into the spotlight!'

4. WHAT'S COOKING! They may sizzle on stage, but the boys aren't so hot in the kitchen!
Niall berkata 'Harry almost burnt the house down the other day! He burnt the pizza to a crisp. We still ate them anyway because we hate wasting food!'

5. LOOPY LANGUAGE! When the lads like an outfit, they say 'It's peng!' X factor fashion director Grace berkata 'It was started oleh Zain and now they all say it.'

6. bintang STRUCK! Even though the boys are famous, they still get excited about meeting other singers! Louis berkata 'I don't know how I'd react in front of Robbie. He's my absolute hero!'

7. PERFECT PARROT! Niall is great at accents! His Dad reckons he can probably do a better Geordie accent than Cheryl Cole! 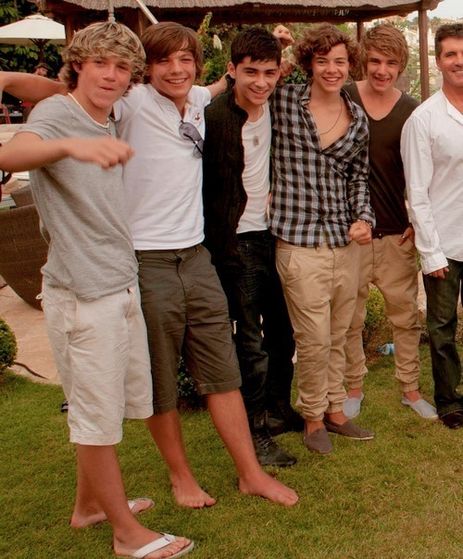 NIALL HORAN
He has dubbed himself "the Robbie Williams of the band". So in 2011 expect to be hearing a lot lebih of Mullingar singer Niall Horan of boyband One Direction. His group may not have won X Factor but the 17-year-old could soon be living the lavish lifestyle of a Westlife member.

So heaven knows how he's going to celebrate the No 1 records and sell-out tours anticipated for his group, dubbed "the new JLS".

Remember Louis Walsh has described One Direction as the "perfect boyband". 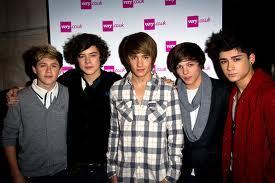 3
One direction dokar, pertunjukan
posted by lois4
The massively populer teenage quintet were confirmed as the detik act for the Forum’s Got The X Factor spectacular before natal – and all 1,300 tickets for January’s event had gone within two days of the announcement.

Singer Katie Waissel is the other special guest performing live at the College Lane entertainment venue on Sunday, January 2, 2011.

Organisers at the forum are delighted to have secured One Direction for the sold-out afternoon.

“We’re told that One Direction are only doing a couple of pre-X Factor Tour shows, and we’re honoured that they’ve chosen the forum Hertfordshire,”...
continue reading...
2
One Direction gig!!!
posted by lois4 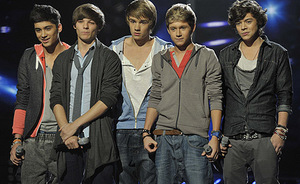 All roads lead to city dokar, pertunjukan for One Direction Boy band visit on tour after finishing 3rd in talent show!
23 December 2010
X FACTOR stars One Direction have revealed they are heading to Edinburgh for one of their first public performances - and it is sold out already.
The Simon Cowell-backed boy band, who came third in the TV show, are to play at the 1500-capacity HMV Picture House in Lothian Road selanjutnya Tuesday as part of a short tour of Scotland.

Promoter Cameron Craig berkata the band were proving to be a hit with fans, who have He said: "One Direction will be the biggest thing since sliced bread...
continue reading... 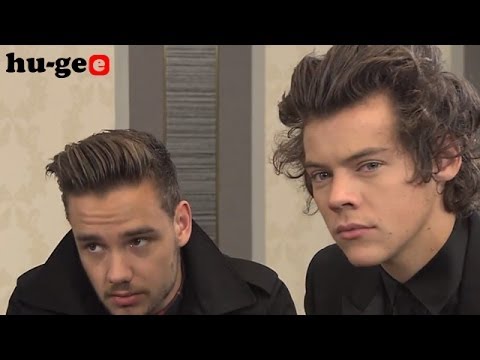 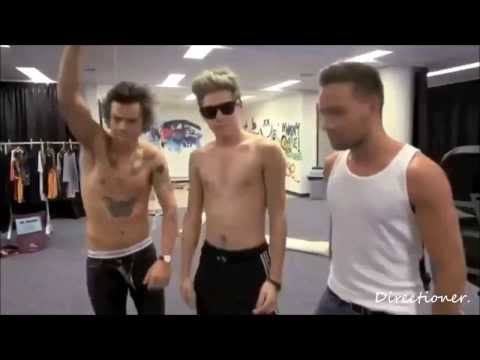 3
One Direction | Timber
added by madzia33
video
one
direction 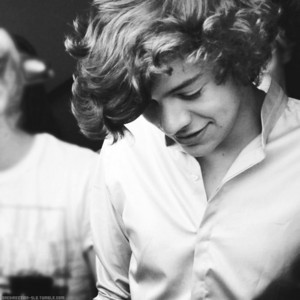 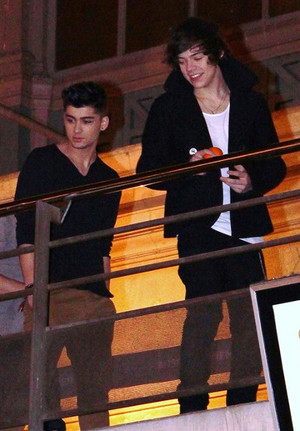 4
Zayn and Harry
added by Blacklillium

4
Liam and Harry
added by Blacklillium 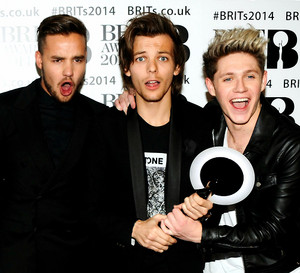 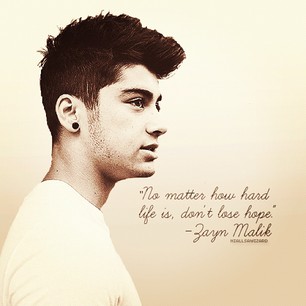 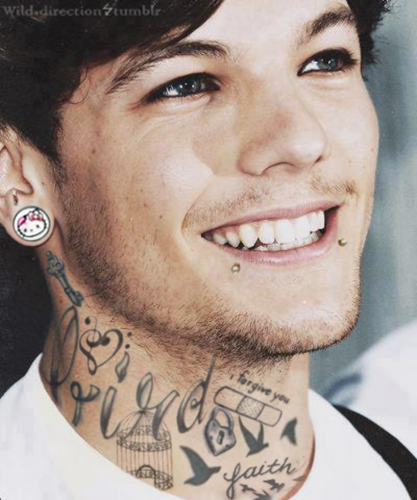 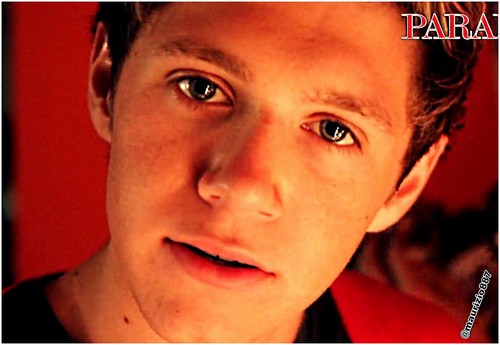 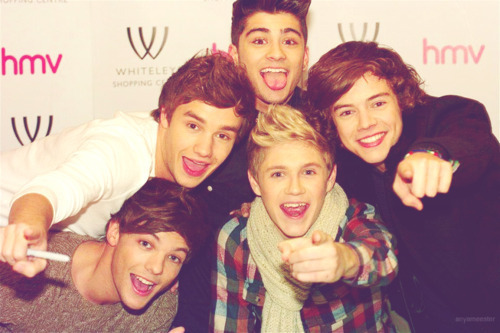 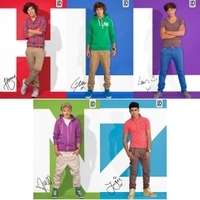 Jenny (to herself): Harry, I’m so sorry….How can I be so rude to him…
Tears kept rolling down her face.
Meanwhile….
Eleanor informed everyone about this and Louis drove everyone to the hospital.
Harry was taken to the ward and was been diberikan treatment. Everyone rushed there and found Jenny crying.
Niome and Eleanor went near Jenny and asked her what happened. She told everything that happened.
She hugged Niome and cried really hard. Heather came running to the hospital.
Heather: What happened to Harry? Answer me Jen!
Jenny: It is my entire fault!!!!!
She berkata it crying really hard. Everyone...
continue reading... 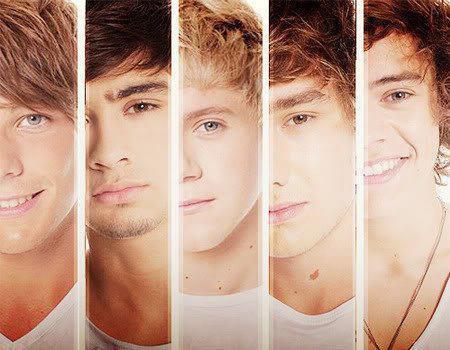 I Wish...♥
added by Selena_Justin