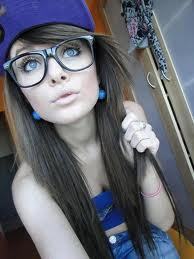 Isabella (i changed the pic i thought this was better
Isabells P.O.V

we were in the limbo driving in silence with lads. it was a awkward moment. which i hated. i finnally broke it. "so what do anda guys like to do on youre spare time" i say smiling fo a answer. niall kept eyeing me i wave slighlty he waves back. "well we like to fool around and be the 5 idiots we are "says the lads smiling. i giggle quietly. niall blushes whne he eyes me again. "do anda guys play any gitar i have been dying to leanr"i say in fustaration. "oh.. well niall can teach anda he is a master"says Harry laughing. i blush seing that gorgeouse eyes and dimples and smile. niall caught me giggling looking at harry, he looked down sadly. Alex went oleh him patting him. niall smiled and they ended up talking. and i was talking ot hary about like i dont know acak things. we played some games and it was preety fun time. we arrived at the flat. "Wow" i say sassified. "Like it?"says harry. "yeah its amazing"i say smiling walking around.link alex was still chit chatting with niall they were laughing and giggling. me and harry were to i guess. i went to my room and plopped on the tempat tidur smiling. i looked everywhere omg i looved it link. i went downstairs in my pj's. i walked down stairs and sat on the floor. with alex. niall was sittign selanjutnya to alex also. i think i see a conncetion i thought in my head. they would be a cute couple. see look alex has dirty blonde hair green blue icy eyes. and she is always eating. and also sensitive. cant anda see thm together. well i sure can. we all got pillows and had a bantal FIGHT!!!!!!!!. we were hitting each other in the face with pillows. i got knocked down like 6 times. harry was coming at me in full speed. i was trapped. i ran and i was the last one standing. well me and harry. i was runnig around the whole flat. the lads and alex following. i ran and i ended back in the living room. strange. harry was nowhere to be found. i looked around my bantal ready. he came out of nowhere. i saw and he had me trapped. his eyes his green eyes. stopped me in my tracks. we werer 2 inch away from the lips. he was leanig in. "oh.. umm sorry i i cant"i say runnig up-stairs.
canal and 1Directionluv1D like this
3
Stardome chapter 29
posted by fiestagirl12345
Riley's P.O.V

the bullets were still going everywhere. lou was still trying to escape. i saw and ran grabbing lou's hand. and tooke them out-side. she thanked me in tears. i ran inside. i saw eleanor was trapped with a gun to her head. i thought of how to get her out. i ran and kicked him on the side. i grabbed the gun and shot the guy in the leg. i told eleanor to run. she did and her and louis ran up-stairs to the attic. that was our hang-out anyway. it was now me and harry. the rest of the lads were in the attic. we were runnig and dodging. i was runnig harry was fitting of the other guys....
continue reading...
1
Forget Me Not //1D FF/ Chap 1
posted by zara19
This is a about 5 girls who meet 5 guys at the beach

Zaras POV
We had just came of the coach form the airport for the 3 week summer vacation to LA ! Me, Ana and Naina were so shatterd ! We got off an went to the 4**** Hotel. It was called: LA Palace ! And it was a palace. Well not really just an beauitful amazing hotel lol ! "Lets go to our room then sahll we" berkata Naina and mine and Annas parents -(mum n dad)!"
"Ok" berkata Naina. So we went into the lift. But them our parents had to check-in.So me and Naina and Ana went into the lift.

Finally our plane landed . I was going to stop oleh my house first to see my family . I missed them so much . malaikat and I took a cab to go to my house . I wanted to surprise my parents so I didn’t call them to tell them that I was coming . The cab then pulled up in front of my house . malaikat and I tried not to make that much noise so my parents wont know that he are here . We quietly walked up the steps and knocked on the door . My mother opened the door .
“ ungu . . . malaikat “ she berkata with a huge smile on her...
continue reading...
8
1D FOTM interview with harry_ginny33
posted by CullenSisters-X

Congratulations!
1. How long have anda been a fan of 1D?
-Well I have been a Directioner for like 2 months now..Haven't been one from the start but will support them forever and till the end.

2. How did anda find out about them?
-Well I have lots of best friends here and I saw that many of them became huge fan of 1D so I searched their songs on google and when I listened to them it was like..Love at first sight Haha..Then I searched their pics on Tumblr and other sites and searched for their video and became a really really hardcore Directioner.

3. Do anda have a favourite member?
-Well..Its hard cos I just adore...
continue reading...
2
Sapphire jantung
posted by violetsnake21
Chapter 4
At the end of the day, Raven made her way to the detention room. Raven smirked to herself as she signed in. She found Harry, Louis and Eleanor in detention themselves.
"What are anda guys doing here," Raven asked them.
"I flirted to much with Mrs. Bensley," Harry berkata glumly. "I thought we would get on really well."
"I expected that," Raven claimed. Louis and Eleanor laughed and Raven turned to them. "Did Louis pull to much of a move?"
Eleanor laughed. "No, he was really sassy to the Math teacher."
"Can't eat carrots in class," Louis scoffed.
"But then why are anda here," Raven questioned...
continue reading...
2
Running around leaving scars chapter 1.
posted by fiestagirl12345
Madision's P.O.V

i was in the car with my family well friends blasting Titanium oleh david guettta feuturing sia. "hey Ally pay attention ALLY LOOK OU--" i got cut off oleh smashing the tree.

i woke up the selanjutnya hari in the hospital with burn marks on my arm and fore-head. i dont remember anthing that happened all that i remeber is that i am in the hospital ith burn markes on me. the doctor comes in with shots i sigh and hold out my arm."well since youre real parents died and youre friends died also in the crash anda are going with another family"she says looking...
continue reading... 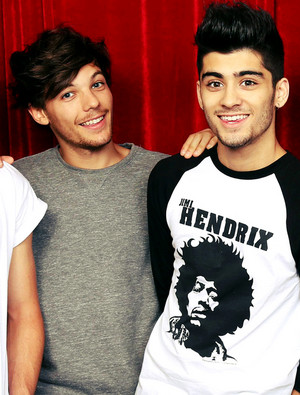 1
louis tomlinson
added by Miraaa
Source: http://lovablepayno.tumblr.com/
One Direction membagi, membagi, split
posted by PinkyParis
One Direction are sadly going to membagi, split up this march to becomec solo artists for a tahun I'm sure we are all angry at them and want them to stay together forever. But us as fan have to understand what they're going through and that nothing lasts forever' God bless them all we will never forget 1D and there amazing times with us.

Guys don't worry TOO much because they are coming back in 2017 thankfully. Me, myself cried a couple nights when I heard the news, but now I know to stay strong and that the worst case of senerio is that they'll membagi, split forever! ( WHICH HOPEFULLY THEY WON'T!!!). We will miss anda 1D!!!!