1
Mari Chatmas
posted by Robin_Love
Chat Noir couldn’t stop the rapid beating of his heart. This was the hari he’d finally tell her. The soft crunch of his feet in the fresh snow was the only sound anda could hear on this night. After all, it was natal Eve. He jumped to the selanjutnya rooftop and paused. Just in front of him was her house. As most nights, the light was on even in this late hour. He took the leap to her balcony and gently knocked on her balcony door.
“Chat? What are anda doing here so late?”
“I wanted to see you..”
The warm smile she gave him melted the frost that had been starting to form on his uniform and he felt his jantung beat faster. She let him in and he purred at the warmth of the room.
“Are anda hungry? I can go get some kue, cookie atau something.”
“That sounds good. Need a hand?”
“No I got it. anda stay and warm up.”
He watched her go before looking around the cozy room that was her berwarna merah muda, merah muda palace. An unfinished dress hung on the form in a brilliant red. He gently touched the fabric, feeling the silk even through his gloves. He was careful not to let his claws linger on the delicate material. He moved away from the dress and headed to her desk, where sketches littered the floor. He picked one up and smiled. It was just like her to try and create something out of something as simple as a leaf.
“I’m back!”
He smiled, putting the drawing on her meja tulis, meja before moving to the chaise, where she had set the treats. He grabbed a cookie, surprised at how warm it was. Before he could take a bite, however, Marinette pushed a steaming cup of biji cokelat, kakao into his hands.
“To warm anda up.”
He smiled and took a careful sip.
“Thank you, it’s delicious.”
She returned the smile as she sat down beside him. They talked quietly as they enjoyed their snacks. It was only moments after they had finished that Marinette pushed a gift into his hands.
“What’s this?”
She gave him a sly smile.
“A present? I plan to give Adrien one when I visit tomorrow, but this is for Chat Noir.”
He stared at her in reverence before looking to the present.
“Thank you, Marinette.”
“Well open it!”
He laughed and did as she prompted. Inside the box was a lush, green scarf that matched his eyes.
“Oh Mari...”
“I know anda already have one, but I wanted anda to have this one. For cold days. And I found the perfect thread and everything at a steal of a price, so it’s nothing big.”
He wrapped the scarf around his neck, feeling the soft fabric against his skin.
“Thank you.”
She beamed at him and he positively melted. He pulled himself together and stood, playing something from his phone. He bowed and held his hand out to her.
“May I have this dance?”
She laughed and took his hand.
“You may.”
He pulled her close, like he had done so many times before, and started to dance. His soft, raspy voice began to sing along in her ear.
“From the moment I saw, from the moment I looked into your eyes, there was something about you. I knew, I knew.”
She looked at his as he sang, awe written on her face as they danced through the song till the end.”
“I’ve seen the miracle of snow on natal day. The magic of love’s first ciuman that takes your breath away. And underneath the mistletoe, I know dreams come true. ‘Cause I’ve never seen anything as beautiful as you.”
Her eyes welled up with tears, despite the smile on her face.
“From the moment I saw, from the moment I looked into your eyes.”
He pulled her close and kissed her. Her lips were soft beneath his and they fit so perfectly against his own. She tasted of sugar and cocoa, the scent of her perfume grated into his senses. He slowly pulled away and smiled at her, jantung beating.
“I cinta anda Marinette.”
She paused and looked at him.
“I cinta anda too.”
"Merry Christmas."
ruhansa likes this 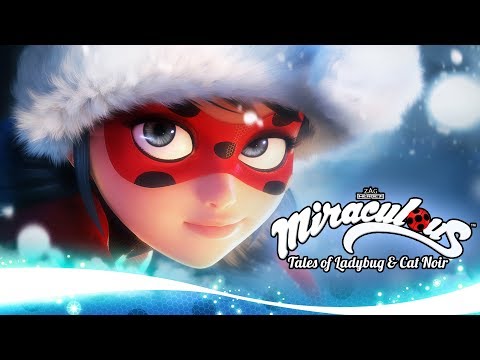