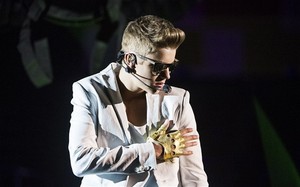 Swedish police have found drugs on the tour bus of singer Justin Bieber after officers detected "a strong smell of marijuana" emanating from the vehicle.
The officers had been diposting outside the 19-year-old's hotel to control a frenzied crowd of his fans, known as 'Beliebers', who had gathered to catch a glimpse of the Canadian singer.
A police officer on crowd duty smelled marijuana on the empty tour bus outside the hotel where Bieber was staying just before his konser in the capital on Wednesday night, police spokesman Kjell Lindgren told Reuters.
"The police went onto the bus and searched it and found a small amount of narcotics," Lindgren said. "We don't know who had the drugs atau who smoked them, so it will be hard to link them with any individual."
Lars Byström from Stockholm police told The Daily Telegraph: "When they opened the door, one of our officers berkata it smelled like someone had been smoking marijuana."
The drugs have been sent for analysis and Mr Lindgren berkata the police did not plan further action unless they got lebih information. 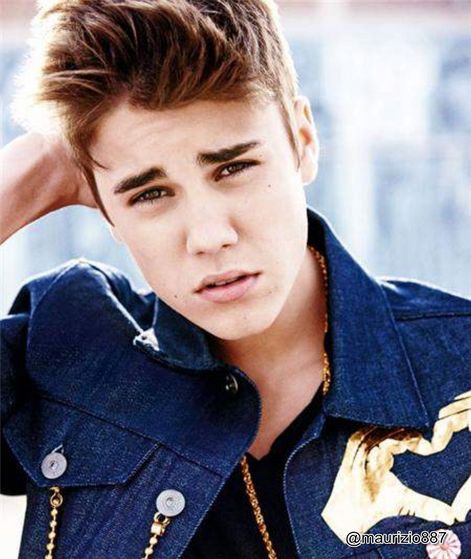 YuukiTouma, OkazakiDaisuke and 2 others like this
Dejahhiggins123 OMG JUS CANT N WILL PROB WILL NEVA BELIVE DAT! dAT IS JUS CRAT N UNBELIVEABLE !http://images.fanpop.com/images/emoticons/surprise.jpg
unaiza But its the truth
sinaimendoza I dk I m still not sure
unaiza Its true , trust me ! :o
5
Justbeats headphones can copy the real dynamic of today’s musik
posted by chenziling
Justin Bieber is a Canadian singer of pop Scooter Braun saw his performance on anda tube and then be its cradle. link Justin Bieber was the dokar, pertunjukan capital Braun as permanent scooter it with musik of usher able-bodied accepted figure. Soon sign RBMG active Justin Bieber and then click the Iceland files.

First approved the higher heights of music, "One Time" of the affected individual it coal in the puncak, atas 30 of the ten countries. This song was on the radio, the 12th position on the "Canadian Hot 100" tampil complete with in a week. This song later on the subject of the "Billboard Hot 100" 17 rated place....
continue reading...
3
Justin Bieber JustBeat headphones will 'open the ears' of young fan
posted by chenziling
Just beat the solo - Down to earth Canadian 'Teenage bernyanyi Sensation Justin Bieber has lent his star-studded names on a new pair of headphones. Australian fan will not have to pray for a local release, though - the new headphones are now in Australia, will be exclusively in the Domayne online store, for $ 299. 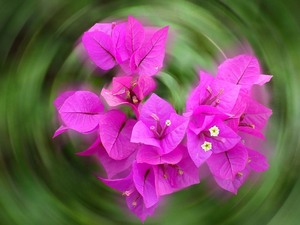 BEAUTY OF MY HEART
SO i juss saw the movie never say never movie((:
IT WASZ A CUTE MOVIE((: I WISH that i can be one of those one less lonely girls on the stage so he can sing to me and give me ROSES!((: Listening to one of hisz songsz itsz called "Never let anda go"((: My little cousin is getting me mad becuz im hearing to hisz songsz and she keepsz on bugging me about her playing dora gamesz)): Going to let her play dora games so have to go byee((:

LISTEN TO NEVER LET anda GO NY JUSTIN BIEBER((:
3
things that justin bieber represents,
posted by pwnedbykirby
1: hes a bitch
2: hes a basterd:
3: he sucks dick
4: hes gay
5: hes a girl under a boy disguise
6: he thinks hes so cool
7: he thinks he can get any girl atau boy he likes
8: he lies like hell
9: he has a fuckin tatoo
10: hes a player

Thats all i have to daftar :) thank you!
3
Justin Bieber Reveals The Perks Of Fame
posted by keninv
Justin Bieber is one of the world's hottest pop stars and the 16-year-old is quickly discovering that with that level of fame comes some unexpected perks.
The One Time bintang has revealed that despite his mum keeping a close eye on him he is still exposed to some of his female fans, well, exposing themselves! In a baru saja interview the Baby bintang said: "My mom has me on a tight leash and she's being real protective so I gotta watch what I do. The girls tampil up wearing nothing sometimes atau flash.
“I can't lie, I'm 16, I don't hate it."
3
Justin Bieber's New Life
posted by Lakiya18

I Love J.B.
Bieber was born on March 1, 1994, in Stratford, Ontario. Bieber's mother, Pattie Mallette, was 18 years old when she became pregnant with her son. Mallette, who worked a series of low paying office jobs, raised Bieber as a single mother. However, Bieber maintains contact with his father.[12] As he grew, Bieber taught himself to play the piano, drums, guitar, and trumpet.[13] In late 2007, when he was twelve, Bieber sang Ne-Yo's "So Sick" for a local bernyanyi competition in Stratford and placed second.[5] Mallette diposting a video of the performance on YouTube for their family and friends to see....
continue reading...
2
Justin Bieber’s Tweets Decoded!
posted by keninv
Justin Bieber never fails to communicate with his fan through Twitter, but what do his tweets really mean? What is he trying to tell the world? One tweet read, “Bustin Jieber loves Brazil, Can’t wait to come meet all anda Brazilian girls J.” Thanks to our expert decoding skills, we know that he’s giving a secret shout out to the Jonas Brothers who gave him the nickname Bustin Jieber! Find out what some of his other tweet’s may be hiding in the upcoming issue of September BOP on sale Tuesday! 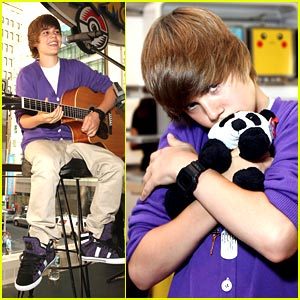 He is Hot,cool,and talented.He is a Canadian,and a heartthrob singer.Who is He? He is Justin Bieber!! He is just so amazing.His songs are really cool some are Baby,One Time,and Somebody to Love.One hari I was on my computer and typed anda tube then Justin Bieber and when is saw him flirting with Esmee Denters i almost flipped literally!I Know he gets all the girls,But i guessed i was kind of Jealous,But i still cinta him and his musik and Esmee Denters.For all the Justin Bieber haters i hate anda too!There is nothing wrong with him why anda guys keep saying anda hate him and other stuff.Trust me he is a really cool guy.And he is really goofy!If anda are a fan check out some really cool and funny Justin Bieber and other stars video at WWW.Funny atau Die.com.Check Out Now!And also check His twitter on your laptop,computer atau phone and his facebook too and anda will see the latest news.Thanks for reading!!

6
Justin came to my School!
posted by hannahjbsacco 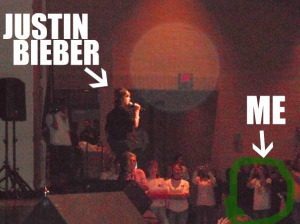 i was that close to him<3
My school won a radio contest this fall where we had to vote to get Justin to come to our school. We won oleh a landslide, and on October 23rd he came to my school & did a concert!
You had to buy a ticket because they only had so many seats, and didn't want the mean people to go. So, i bought my ticket. The rows were diberikan out @ random, anddd i got row H. I know that's good.. but it seemed like all of my friends got a atau b. But anyway. On the hari of the concert, i was sooo excited. I went to school & at like 9:15 they called everyone down for the concert. My older sister, who's in 10th...
continue reading...
2
Justin Bieber will enjoy valentine's hari
posted by keninv
This cutie has us crushing on him. He is cute, talented and has a bright future in music.

He hasn't only won over fans, he has also stolen the jantung of a very special girl, with whom he will be spending Valentine's Day.

He told fan about his Valentine on a baru saja radio interview from Miami. Justin didn't hide for a moment the fact that he has special plans for this special day. He berkata that what they are going to do is not a date, but that he just asked her out because it is Valentine's Day!

Justin can call it whatever he wants, but for us, when a boy asks a girl out, it is called a date! Don't anda agree Wambie girls?
4
How Justin Bieber Got Big!
posted by JDBlittlefan 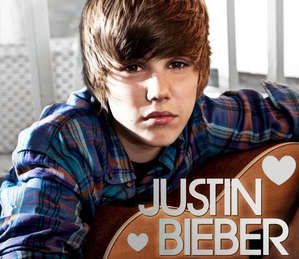 Justin Bieber The New Way!
An old soul is the last thing anda would expect to find inside Justin Bieber. But all it takes is one listen to the 15 year-old soul-singing phenomenon to realize that he is light years ahead of his manufactured pop peers.

After posting dozens of homemade video on YouTube in 2007, where the multi-talented Bieber put his impeccable spin on songs from artists like Usher, Ne-Yo and Stevie Wonder, Justin racked up over 10,000,000 tampilan purely from word of mouth.

"I started bernyanyi about three years ago," says the Canadian native who grew up an only child in Stratford, Ontario. "I entered a local...
continue reading... 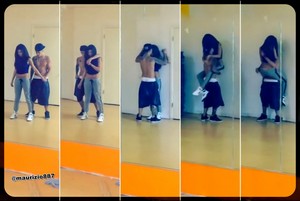 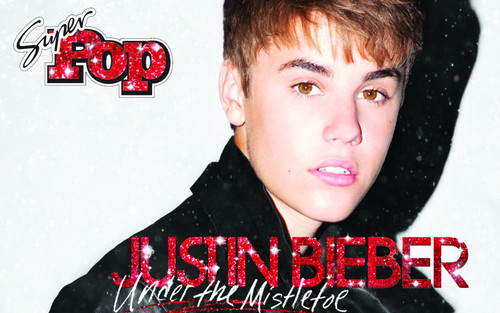 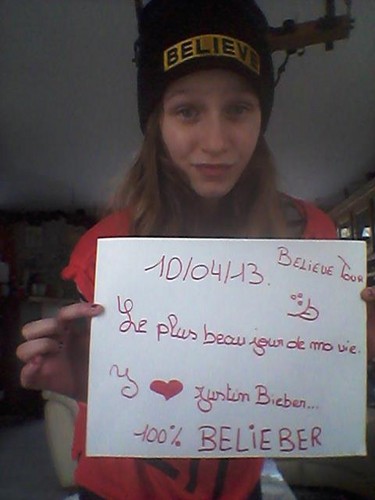 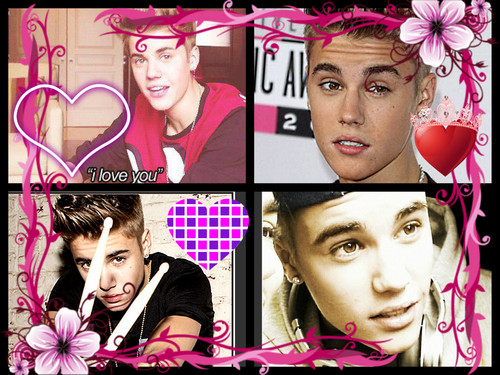 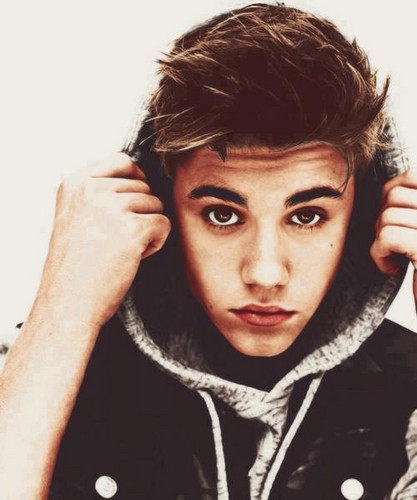 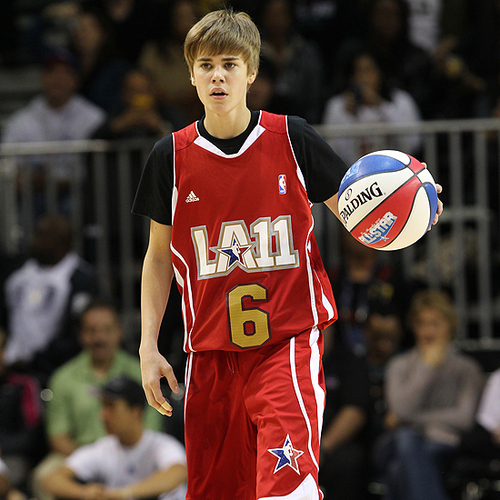 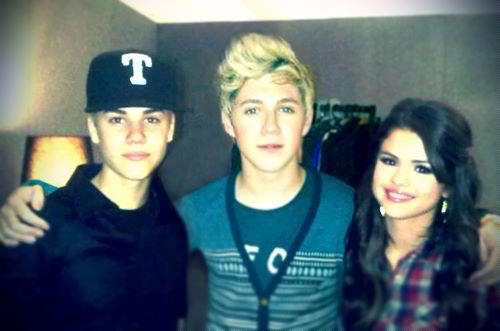