Like a lot of teens, Justin Bieber's parents membagi, split up. Although he spends the majority of his time on the road with his mom Pattie, Justin's still pretty tight with his dad Jeremy, who JB credits for teaching him how to drive and introducing him to classic rock.
"I have a great relationship with my dad," Biebs tells Seventeen magazine in a special issue devoted entirely to the Canadian pop star. "When I was younger, he taught me how to play some songs on the guitar, like 'Knockin' on Heaven's Door' oleh Bob Dylan." Justin's able to remain so close to both his mom and dad because they respect each...
continue reading...
You’re his backup dancer {one-shot}
posted by MJ_Fan_4Life007
“Okay! We have a tight schedule today, so we have to get this to run smoothly as soon as possible.” Alison’s voice fills the dance studio and everyone nods, silently saying that they’ll try their best.

Just then, the door opens and catches everyone’s attention. Justin enters, oblivious to all the stares he’s getting, while sipping on a water bottle. He stops in his track when he senses the looks and pulls the bottle from his lips.

“Well, don’t stop on my account. I know how much Alison loves your devoted attention.” Justin grins playfully at Alison who only rolls her eyes at...
continue reading...
4
New Justin Bieber Book!!
posted by ImUnbroken 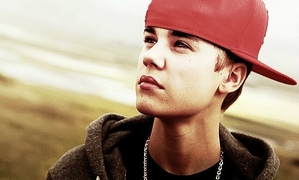 In Justin Bieber: Just Getting Started, beliebers will get up close and personal with Justin through exclusive foto and kutipan as he takes them behind-the-scenes on his tour and shows them what goes into recording an album. fan will be able to nab an insider look at his life when he documents everything in his new book this fall!

Justin tells UsWeekly: “I’m so excited to be working on another book with HarperCollins. Being able to share my story with my fan through these buku is an absolute privilege....
continue reading...
7
Dear Justin Bieber,
posted by simpsonizer21
Justin Drew Bieber, you're my true inspiration. I cinta anda a whole lot and I support anda through everything. All of your decisions, I do support! xD You're amazing, babe. In a blink of an eye, I'll be right oleh your side to help cure you! I know anda cinta all of your Beliebers and I'm proud to be one. I sure do belieb that ALL haters on missing out on an amazing person known as Justin Bieber. You're amazing, hunny. cinta anda to pieces. I plan to meet you, personally. Face to face; maybe swatch our numbers(: I cinta anda a lot, Justin. We're the best of friends, right? I sure hope so. thanks. I'd like to thank anda for being my role model, hero, idol, and inspiration. You're my biggest inspiration EVER. I cinta anda SO much. Please become a fan of this artikel thank u ! have a great day!
3
justin bieber
posted by lol1
theres a hot gie that loves to ging about girls some people meke fun of him others cinta him i am one of those people. the gie who every one loves is the one the onley justin beiber. people who heat his guts are just jelous the songs oleh this wonderfull pearson are the world greatest lyrics preformed oleh the worlds greatest gie hes hot and sweet and has a great smile any girl would be lickey to have him as there man. a short story about him he became famouse of of u tube he has an awlsom personality i cinta anda justin anda rock my world
3
things that justin bieber represents,
posted by pwnedbykirby
1: hes a bitch
2: hes a basterd:
3: he sucks dick
4: hes gay
5: hes a girl under a boy disguise
6: he thinks hes so cool
7: he thinks he can get any girl atau boy he likes
8: he lies like hell
9: he has a fuckin tatoo
10: hes a player

Thats all i have to daftar :) thank you!
4
Justin Bieber is hot like api
posted by Peacegirl108 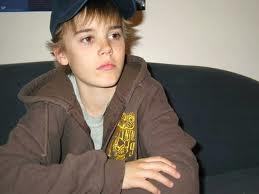 First Justin was a true cutie now he reached high to maximum hotness.And he has the best eyes ever!!,and the cutest smile in the world!,and the best songs in R&B history!And he has a new vid from the song cinta me.Check it on anda tube atau go on his twitter and go to yesterday and anda will c the url. Its a really good song anda should buy it on itunes if anda have a ipod,ipod shuffle and others.If your a belieber check out this bieber dictionary
Beliebers: Justin Bieber’s trully fans.
“I’m a belieber, you’re not!”


You know anda cinta me,
I know anda care,
just shout when ever,
and i'll be there,
you want my love,
you want my heart,
and we will never ever ever be apart,
are we an item?
girl guit playin,
were just friends,
what are anda sayin?
said theres another and look right in my eyes,
my first cinta broke my jantung for the first time,
and i was like.......

ohuhhhh for you!
i would have done what ever
and i just cant beleive...
continue reading...
2
Justins mom keeps It classy and wont pose for playboy
posted by MarylovesSelena 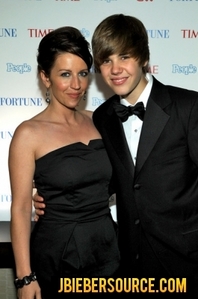 we will take them down
2
Rumor Has It...
posted by summerlynn1978
Rumor has it that Justin Bieber was spotted with a fan! In romance condition, unless underneath her leather jaket and fedora hat and $10 glasses, she was a celebrity. All over the world people say Justin would tanggal a fan, but is it true? DOES the superstar hottie tanggal fans? Find out yourself! It could be you!! komentar right here and tell me if he would, atau would not tanggal a fan. :)

P.S. I'm lying to my friends that I hate him but I secretly cinta him. :) They hate him, but i DON'T. He's just a kid,
1
Even Miley Cyrus has fallen for Justin Bieber
posted by keninv 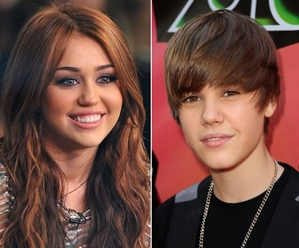 Even Miley Cyrus has fallen for Justin Bieber – for his pranks, that is.
“It sounded like a little kid,” Miley told Access Hollywood’s Billy semak, bush in an interview for Access and “The Billy semak, bush Show” of the “Baby” singer’s baru saja late-night prank call. “I was like, ‘Oh my gosh, I am so mad.’ Then I get a text, he’s like, ‘Haha.’” However, Miley told Billy that she wound up laughing, too.
“I have him in my phone as Bieber Fever, so that’s always pretty funny when anda get one of those [texts],” she said.
The “Can’t Be Tamed” singer berkata she can’t prank Biebs back – thanks to her little sister Noah’s crush. “I can’t really be mean because my little sister is like, never ever going to have a boyfriend until it can be Justin Bieber,” Miley said. “She’s saving herself for the Biebs.” And Justin’s not the only one with a nickname in her phone. “My little sister is Mrs. Bieber in my phone,” she added.
Justin Bieber and Nelly
posted by Unknown3642
Justin tweeted NM is very beautiful who knows if he's talking about Norma Mortenson ou Nell Marsh? He has been linked to Nell Marsh I'm her accueil town and online He has a dit to friends he met her in Newcastle Hospital Justin has been busy with his musique but friends close par noticed a change in him towards his fan retweeting some of Nell's tweets and putting her Instagram name into his art Nell is an animal and environmental activist and I think Justin likes that she stands for alot of good things and a change towards equality and basic human rights for all. Nell has a dit she still...
continue reading...
1
Who Does Justin think are the hottest girls in the world?
posted by MarylovesSelena 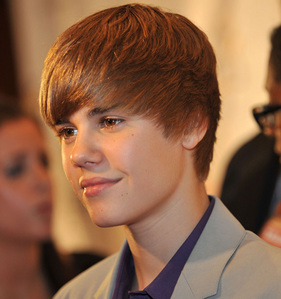 Just the same as many of you, we here at BOP and Tiger Beat always wonder what kind of girl Justin Bieber looks for! He has openly berkata that he is currently single and that he is looking for a girl who is a mix between Katy Perry and Cheryl Cole! If you’re not familiar with Cheryl, she is in girl band Girls Aloud and she’s also a judge on The X Factor, a reality tampil in England! Justin said, “Cheryl Cole and Katy Perry are two of the hottest girls in the world, and so normal and funny with it… I want a younger version of Cheryl and Katy!”
14
Get a chance to win VIP tickets to a Justin Bieber konser and meet him in person!
posted by BieberPrecious 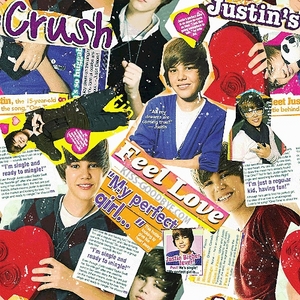 [Verse 1]
If I was your boyfriend, I’d never let anda go
I can take anda places anda ain't never been before
Baby, take a chance atau you’ll never ever know
I got money in my hands that I’d really like to blow
Swag, swag, swag, on you
Chillin' oleh the api while we eatin’ fondue
I don't know about me but I know about you
So say hello to falsetto in three, two, swag

[Pre-Chorus]
I’d like to be everything anda want
Hey girl, let me talk to you

[Chorus]
If I was your boyfriend, never let anda go
Keep anda on my arm girl, you’d never be alone
I can be a gentleman, anything...
continue reading...
3
Justin Visits St. Andrew's School in Boca Raton, Florida
posted by ImUnbroken 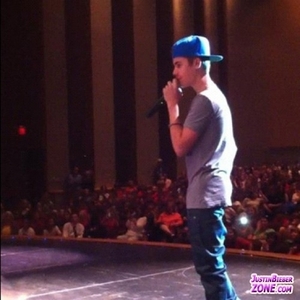 The winning students: Briana Finocchiaro, 12, and her twin siblings, Angelia and Nicolas, ages 9. The siblings raised the money oleh asking family, friends and neighbors for the organization. Donations ranged from $20 to $10,000.

How many "I told you"s and "Start over"s and shoulders have anda cried on before?
How many promises? Be honest girl
How many tears anda let hit the floor?
How many bags anda packed
Just to take them back?
Tell me that how many either "or"s?
But no lebih if anda let me inside of your world
There'll be one less lonely girl