I really need to learn that if I'm wearing a black bra, a white shirt isn't the best option for after swimming :D

lebih dari setahun yang lalu mooimafish17 said…
^ MY mulled wine contains alcohol, but then i am 18 so....

they make SUCH a good couple. i dont ship "real people", but if i did, they would be number one :) 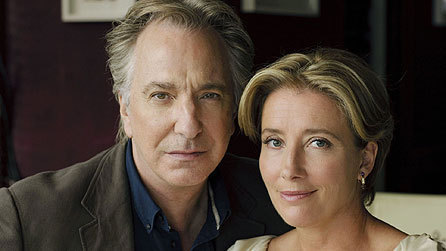 Emma Thompson (or something like that) and Alan Rickman :D x
And I agree. Totally perfect :) x

lebih dari setahun yang lalu harrypotterbest said…
Is it just me, or do you get annoyed if ff's have improper timing?

I guess I just like it when it has proper timing.

lebih dari setahun yang lalu mooimafish17 said…
Accio - watch "Have I Got News For You" on iPlayer, Benedict Cumberbatch was stupidly good looking on it!!!!

lebih dari setahun yang lalu LifesGoodx3 said…
Probably. Why is she being sued though? (Is too lazy to read the article)

lebih dari setahun yang lalu FredWRules said…
bahaha. It's bucketing down rain here, and I have beach sports today. for some reason I'm getting the feeling that I'm not going to be doing sport... :D
oh damn. what a shame. *cough*

lebih dari setahun yang lalu mooimafish17 said…
^ what writers always are being sued for - saying they stole the idea of there book(s) of someone else!

lebih dari setahun yang lalu harrypotterbest said…
^ I so hope JKR wins, even though it's obvious!

lebih dari setahun yang lalu harrypotterbest said…
What do you think of my ff?

Narcissa Malfoy pressed her lips together as a few tears fell from her eyes. She had always known her marriage with Lucius would fail; Bellatrix had told her that. For the first time ever, she wished her for her older sister – not Bellatrix, but rather Andromeda. Deciding she could sleep – or at least, try to sleep – no longer, she got up and headed downstairs. She was going for a walk, despite it being three in the morning. It was something she had learned from Andromeda; they used to walk at this time often to discuss issues, like the houses of Hogwarts and Muggle-borns and such. She entered the living room, surprised some one was already there.
Lucius Malfoy sat on the armchair. She quietly walked to the exit, but not before he asked, ‘Where are you going?’ and stopped Narcissa in front of the exit, in the act of pulling on her coat.
‘Nowhere,’ answered Narcissa quickly, and, before he could say or do anything, she stepped outside. It was freezing outside. Grateful for her cloak, she started to walk up the street. Once again, she wished she could talk to Andromeda, who would have comforted her and given her great advice, which would always work. Narcissa heard footsteps behind her but did not bother to look. ‘Let them come at me, I welcome I good duel,’ she muttered, hands tightening on her wand. Despite knowing it was impossible, she hoped her sister Andromeda was behind her.
‘Cissy,’ called a voice from far behind her. ‘Narcissa, don’t be afraid,’ called the voice again. ‘It’s just me!’ Yeah, thought Narcissa, just the person I don’t want to see. She picked up her pace, wanting to reach the corner before her heart was shattered – again.
She heard heavy footsteps behind her – Lucius was running. She broke into a run as well, wishing she would never have to come back, never have to see them again, wishing she could be as brave as Andromeda. ‘Nar-ciss-a,’ panted Lucius. He dashed in front of Narcissa; it was so unexpected she nearly collided into him. His arms tightened around her as she realized that only two things could have happened now; neither of being desirable to her. She bit her lip and contemplated was to get out of her situation. She didn’t like this stranger here; it made her feel as though she was being disloyal to Lucius.
She still loved Lucius, she could never stop now. But she wouldn’t like it if he did what she suspected just for her. And why had he been gone so long? Was there something else to this? Thinking that, Narcissa felt ice in her stomach. No, nothing could have gone wrong, she assured herself.

:D My kitchen is bitchin'!!

Good job !!! twilight sucks !!!! i watch all three movie than threw up after thanks edward !!! all you twi hards out there you suck !!!

lebih dari setahun yang lalu harrypotterbest said…
Thanks! Can I call you... um... LG? Call me Best. My nickname around here.

Harry grinned. ‘One on one?’ he asked his fiancée, Ginny.
She smirked. ‘You’re on,’ she said, rising to her feet. Harry eagerly jumped up. Quidditch was his specialty. ‘But don’t think you can impress me with your skills – or beat me!’
She grabbed the Fireblot Harry had gotten her and walked calmly outside. ‘Well, you are the professional!’ he teased her, mounting his broom once they were outside.
In the end, she did win, but only by 10 points! ‘You’re losing your skills, Harry,’ Ginny said to him after the match.
‘What?’ he protested. ‘Only by ten points!’ he exclaimed.

I'm listening to Avril Lavigne. :)
Previous
Something to say? Sign in with one of these options:
Log in to Fanpop! Not yet registered? Create a new Fanpop account!