Tiatra sat upon her takhta and tapped her flipper impatiently. She stared around the empty bridge and sighed.

"It's so dull up here." She muttered to herself. "I need some entertainment." She pressed a button on her takhta and a little screen popped up in front of her. "Show me the Equa leaders." She ordered. The screen changed to the HQ, and she stared at the screen curiously. She pindah the little camera and caught sight of the Equas, who were struggling to open their sleeping bags. "Hehe primitive animals." She remarked. "Now tampil me their friends." She instructed. The screen changed to outside, where the penguins were learning some new moves, and running a little obstacle course. Tiatra watched wonderingly, and her eyes fell on Skipper. "He seems to be the leader." She realised. She went into deep thought and wondered how she'd be able to capture her enemies.

What dull feathers they have. She thought, her mind wandering.

"That's it!" She suddenly burst out, leaping out of her seat. She stared down at her flipper and concentrated hard. Her flipper tuned to a jet black. She turned it back to pink, and a devious smile creeped onto her wicked face. "Who will suspect me, when they don't even know it's me?" She berkata grinning to herself. She looked back at the screen, and she looked thoughtful again.

I'm going to need some information on them. She thought.

"CARTER!" She yelled, staring towards the door. The small berwarna merah muda, merah muda alien scuttled in and looked up fearfully at his queen.

"Yes your highness?" He asked worriedly.

"I want anda to get as much information as possible on these creatures." She told him, pointing at the screen.

"But your highness with your shape-shifting powers wouldn't it be faster if you-" He stopped abruptly, as Tiatra's face grew dark, and her berwarna merah muda, merah muda pupils glowed angrily. "I'm on it." He squeaked before running out at high speed.

"Ok, team, now that we have finished the obstacle course, we have one lebih bit of training before we go in." Skipper explained. "What is it kiddo?" He asked, noticing Ashley's raised flipper.

"What about the cute and cuddly routine?" He asked curiously.

"We'll let Kowalski's holograms do that today." Skipper replied simply. "So the last bit of training is just a simple arm atau flipper wrestling tournament." He began. "I'll be the referee and I'll also decide who versus who."

"Ooh, who will I face?" Tom asked, sounding excited for the first time in training.

"Hmm, I want anda to face Ashley, Private can face Kowalski, and Rico can face Emma." Skipper decided. Emma looked at Rico, and grinned mischievously. He grinned back, and Skipper set up three little tables. Emma and Rico sat down at one, and Emma propped her flipper up on the table. Rico grasped her flipper and they turned to Skipper.

"Now?" Rico asked, eagerly. Skipper blew the whistle and watched over the games around him. Emma pushed her older brothers flipper with all the force inside her and he pushed back twice as strong, sending her flipper close to the meja top. Emma waited till her flipper was nearly on the table, then mustered up all the strength inside her and pushed back quickly. Rico was took oleh surprise and his flipper was pushed to the table. Emma grinned cheekily at him, and Rico grumbled to himself.

"Well done sis." Skipper praised, his eyes still on the other games. In a few short menit the others finished and everyone gathered around Skipper. "So well done to Ashley, Emma and Kowalski, and the rest of you, try and do better selanjutnya time." Skipper said.

"Are we going back in now?" Private asked. Skipper nodded and the penguins climbed back into the HQ.

"What's that noise?" Kowalski wondered, looking towards his lab. They fell silent and heard a muffled sound coming from the spare room. Emma popped her head around, and covered her flipper to stop herself from laughing out loud.

"What is it?" Ashley questioned his eyes on the taller penguin.

"Go and see for yourself." Emma replied through giggles. The others went into the room, and their eyes widened in surprise. Their guests had got stuck in their sleeping bags, and Dustin's was over his head. He ran around frantically, and collided with the wall. The penguins rushed over to them, and tried to help them out. Private and Kowalski ran over to Dustin and unzipped the bag, being careful not to get his hair stuck in the zip. They pulled it off his head, and the blonde Equa pushed his shaggy hair out of his face.

"Thanks anda two." Dustin berkata gratefully. As the penguins helped the others out, Emma tried not to let her jaw drop.

"How did anda get stuck in the sleeping bags?" She asked in bewilderment.

"I don't know, we just tried to pull this little metal thing to get out but it just came off." Ava explained, holding up her broken zip. Rico put a flipper to his forehead and exchanged an agonised look with Skipper.

"Urm, so how did anda get your head stuck?" Ashley wondered, lookin towards Dustin.

"I thought it was open at the bottom, so I tried to climb out." Dustin replied sheepishly. Tom forced back a giggle and tried to keep his mind occupied.

"Ok... urm, just give us a minute." Skipper said, rushing out of the HQ, and dragging the team with him. "You berkata they were clueless about Earth, but I didn't think anda meant this clueless." He hissed to Emma.

"Well they've never been here before and they live in a forest, they're bound to be clueless." Emma whispered.

"As weird as it sounds I think each one of us should keep an eye on one of them, to make sure they don't do anything silly." Skipper thought aloud.

"That does sound like a good idea." Kowalski agreed, stepping closer to Emma.

"Ok, so, Rico, keep an eye on Sky, Emma, watch Maya, Tom and me will watch Michael, Private and Kowalski I want anda to keep an eye on Dustin, and Ashley, you've got Ava." Skipper decided.

Yes! Ashley thought triumphantly, feeling himself blush a little. They went back into the spare room, and explained how to use sleeping bags. The Equa's nodded in understanding, and stood up.

"So we're going to stay in here all day, what do anda guys want to do?" Private asked cheerfully.

"Is that the box with the moving pictures?" Maya asked.

"Well I'd like to watch that." Dustin exclaimed, walking into the main part of the HQ, and staring up at the Tv. The others agreed, except for Ava who wanted to draw. Emma got a piece of paper and an old pencil case from her drawstring bag, and passed them to Ava. Ava sat down near the Tv and looked at the zip in confusion.

"Urm how do anda open this again?" She asked Ashley, who was sitting closest to her. Ashley showed her how to open it, and she smiled brightly at him. "Thanks." She said, looking up at him shyly.

"Your welcome." Ashley replied, his cheeks flushing. He got out his Sudoku book, and stared at the little boxes intently. Ava leaned over curiously, and cocked her head to the side.

"What's this?" She asked, pointing at the paper.

"Urm.. it's this game called Sudoku, anda have to fill in the boxes with the numbers 1-9 but the same number can't be in the same box, row atau column." Ashley explained. "Some are really hard while others are easy."

"Could I help fill the boxes in?" Ava asked shyly. Ashley nodded and she scooted over, and took a pen from the pencil case. The two binatang began filling in the boxes.

Best hari ever. Ashley thought, his jantung speeding up in his chest.
ILUVKOWALSKI Btw, I'm gonna draw Carter so you guys can see what he looks like, and I'll draw the scene at the end of this chapter because I think it's adorable. :3
Kait_Wolf Hehe, yes it is. :3
ILUVKOWALSKI ^:3 Thanks Kait! :D 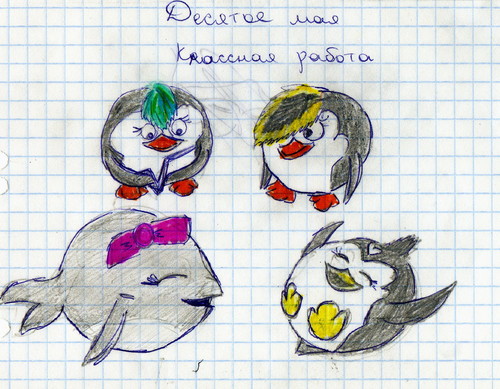 1
XD some of my bff and me
added by JessyParrot
Source: Me 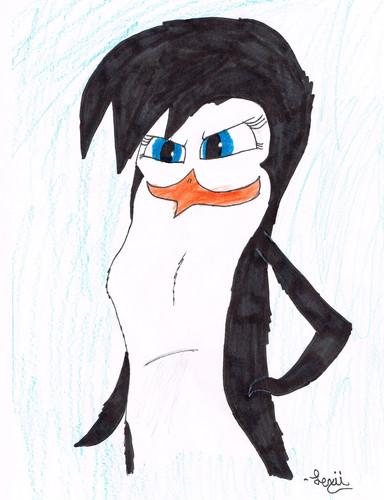 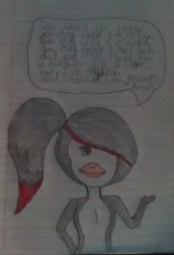 proud to be me!
added by kowalskirocks14
Source: me 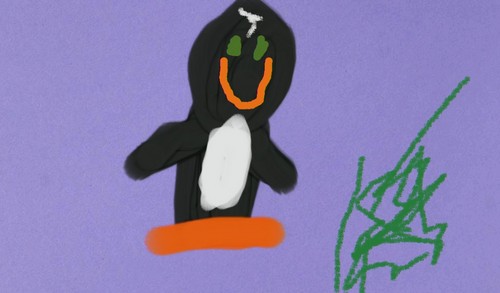 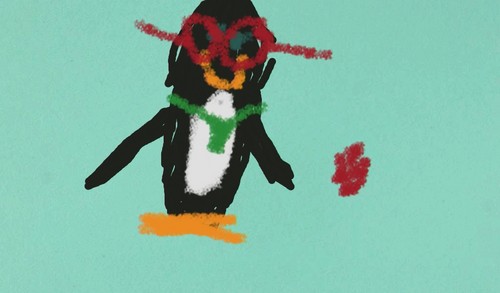 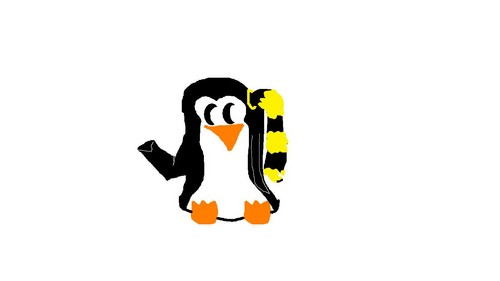 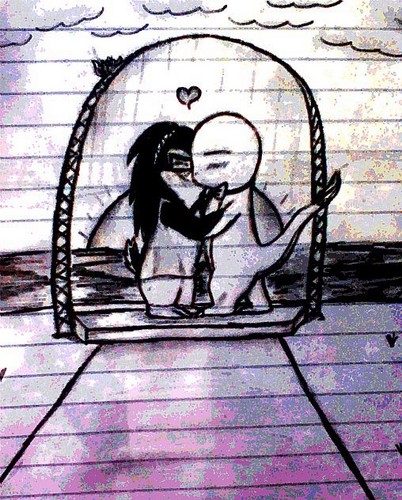 Me and my Charamander
added by rico911910
Source: Me 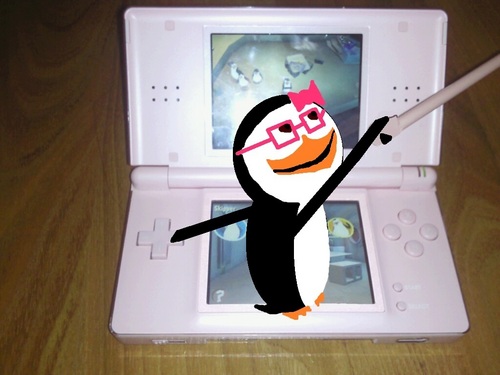 1
Jazzy on MY DS
added by AgentJazzy00
Source: ME! But got the idea from Hannah 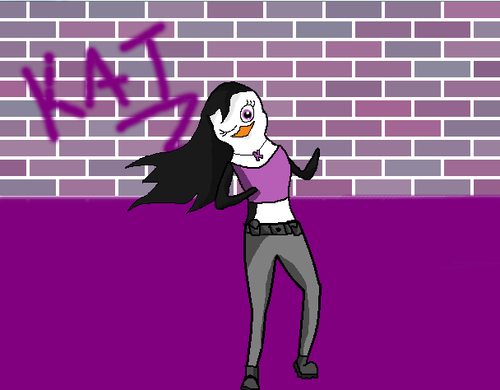 2
Kat ROCKS!
added by urumica
Source: I drew it :) 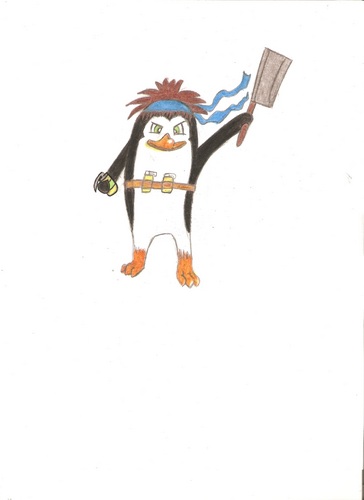 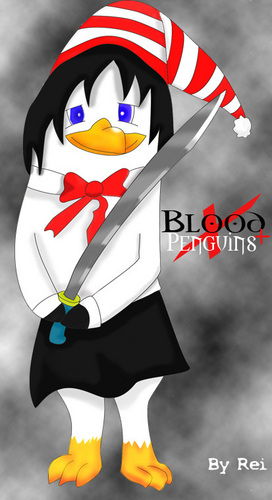 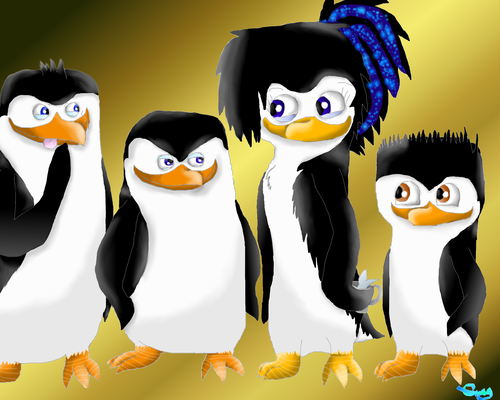 1
Emma and her brothers. :3
added by ILUVKOWALSKI
Source: Me 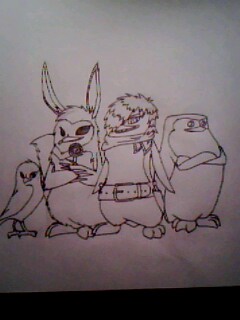 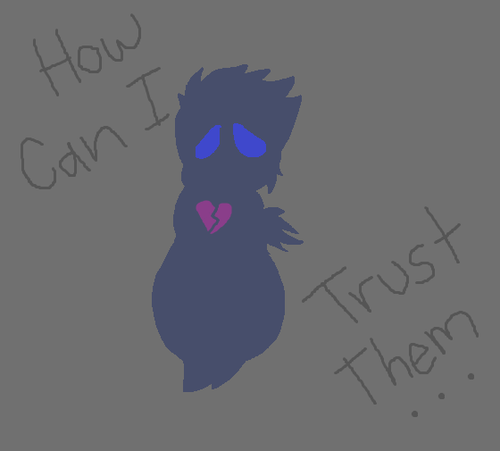 How can I Trust them...
added by Rico4ever16
Source: me 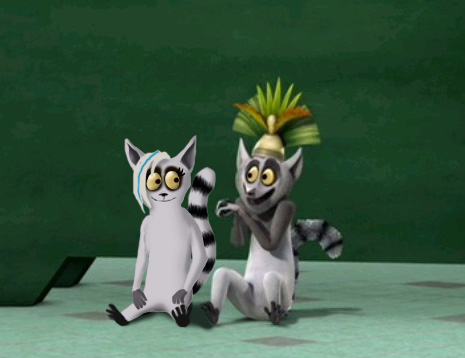 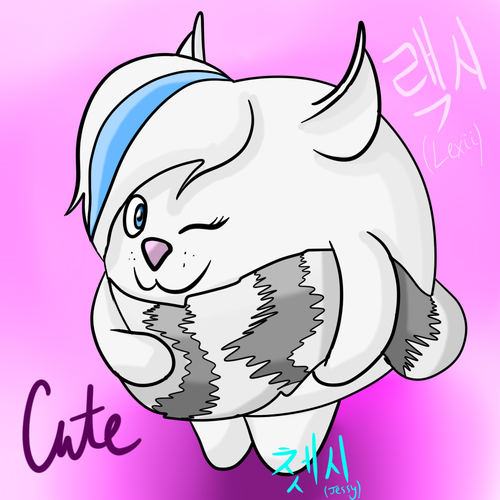 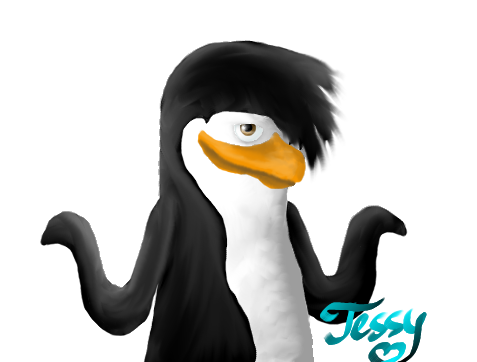 Jhordan - request B)
added by JessyParrot
Source: Me and my GIMP :P 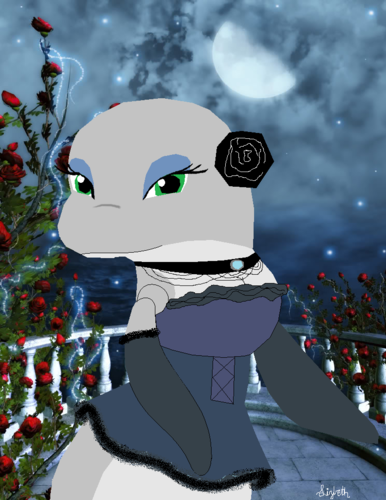 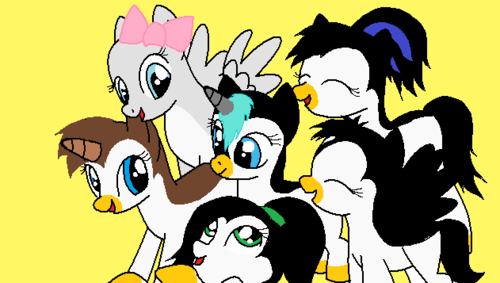 3
My best-est friends :DD
added by JessyParrot
Source: Me 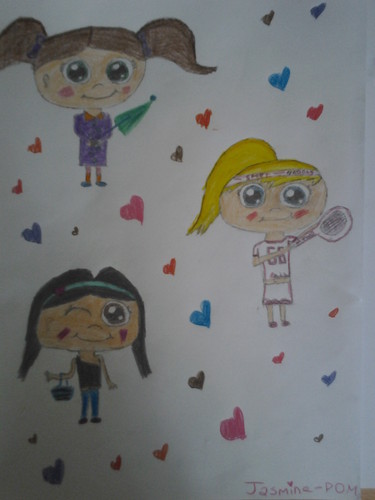