8
dclairmont's favorit disney Princess bernyanyi Voices
posted by dclairmont
I've been wanted to do this artikel for a while, but I've just been procrastinating a bunch lately. I really do think that all of the disney Princesses have great voices, so this daftar was very hard to come up with! Note: I'm sorry if these descriptions are really short, but it's kinda hard describing voices.

It seems that anda either have her high on your list, atau low, and for me, it's low. She's got a great voice, but I do agree that she does sound nasally when she sings. Her voice just doesn't have that mystical, mysterious sound that I feel putri duyung should have.

Am I the only one that doesn't see it? Her voice is almost annoying, and I'm pretty sure I'm one of the only people to find Belle's voice lebih annoying than Snow White's. Even so, her voice is great, and I cinta how she sings with a bit of sarcasm, and anda can tell her facial expressions oleh the way she sings without even looking at her.

Jasmine's speaking voice is one of my favorites, but alas, she's at the bottom. Although Linda Larkin sings for both mulan and Jasmine, melati just sounds so uninspired. Maybe it's that we only hear half a song from her, maybe it's that I don't really enjoy that song, but she's here. The emotion is missing, and I don't feel much listening to her. Also, it really bothers me how she says "new", if it wasn't for that, she'd be eighth atau seventh.

Snow's voice is...something different. I've never heard anything like it, and I doubt I ever will. Her voice is so high and pretty. I do agree that at times it does sound border line annoying, but I'd say that it walks on the other side of the line, and does so beautifully.

Mulan's voice is great! anda can feel the pain and heart-ache in her voice, and it's so amazing to here....this sounds wrong. I also cinta Mulan's part in "Honor To Us All" so much! When she hits those high notes it sounds so perfect!

I think that Cinderella's voice is great! It's so perfect and soft and perfect and gahh! I'm obsessed with listening to her and I just feel happy when I do so. Her voice is as sweet as honey and I can't get enough of it!

Rapunzel has the most underrated voice in my opinion. I feel she gets a lot of flack just because her songs are "poppy" News flash: The bernyanyi voice has nothing to do with the songs it sings! Rapunzel's voice conveys so much emotion! anda can tell when she's wishful, happy, excited without even looking at her! Listening to her puts a smile on my face and I wish lebih people appreciated her voice.

Story time! I just started liking the disney Princesses this year, and do anda want to know how? Aurora's bernyanyi voice! True story. Before this year, I had never even seen The Little Mermaid, Aladdin, PatF, Cinderella, and most of the other movies, but that all changed when I listened to "Once Upon A Dream" on Youtube. As some of anda may know, I'm learning Norwegian, and a good way to learn a language is to listen to that language, so I came upon a Norwegian version of a song and I noticed it had the lyrics in Norwegian and English so I thought cool! Well, I listened to the song over and over again, "Jeg vet, du og jeg har vært sammen i en drøm" and memorized the entire song in Norwegian. Then I watched Sleeping Beauty, and the rest is history. So, Aurora's voice has a special meaning to me and it's just so sweet in Norwegian and English! (Though I do prefer Norwegian, as I do for the majority of the disney Princesses)

Poca's voice was first until recently. Her voice is sooooo powerful just like her character! It also has a playful sound that I very much enjoy. Pocahontas's voice is just oh so right and it's a plus that all the song's she sings are great as well!

Tiana <3 Tiana's voice is God-sent. It's literally perfect. Her voice is so strong and powerful, and so feminine and wistful, it's just so, so perfect! I'm never not amazed at how great her voice is and I fall in cinta with it lebih every time I hear it!
PrueFever, angelbarbie20 and 6 others like this
dclairmont Oh also I plan on doing this for the Norwegian voices soon, probably sometime this week :)
disneygirl7 Nice list, I really like your #1, even though she isn't #1 on my list. We have the same last place as well :)
MalloMar This is probably way too stalkerishly early to comment, but it isn't intentional. I'm pretty satisfied with your list, but don't completely agree with it. About Ariel, I'm with you 100%. About Belle, I thought most didn't really like her voice? Her voice is unforgettable in a good way, in my opinion, but not the best. I think Jasmine's voice is perfect for the song, and I can feel her excitement, but that's just me. This is well written, especiallly the parts about Snow White, Mulan and Tiana. Love the Aurora's voice story, by the way! Great job!
uploaded900 Interesting list! Belle is my favorite, but I dont think her singing voice is that great. Poca is my #2 too :)
rhythmicmagic Just fyi, Lea Salonga did Jamine's and Mulan's singing voices, they both had two different voice actors :) I have Ariel in the same spot as you and we have the same top 5! My top 2 is yours reversed! I totally get everything you're saying in this article. Also, that's so cool that you're learning Norwegian!
MaidofOrleans Wow I love your list! I sort of agree with a lot of it, but I'm not sure we have any of the same placements. (Does that make any sense?) I'm so glad Tiana's in first place! She has such an amazing voice!
princecatcher93 DUDE!!! WE HAVE LIKE THE SAME LISTS!!!!! That's scary and cool, I have never seen anyone with a list that close to mine. Just switch Snow White for Mulan and it's the same.
dclairmont Thank you all so much :) princecatcher93 DUDE WOAH?!?!?!? :O 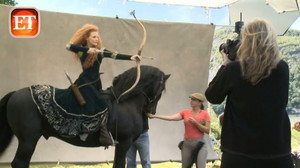 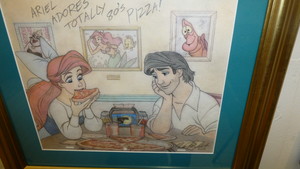 Ariel and Eric
added by wavesurf
Source: Note sure. But credit to whomever did this. It's outstanding in my opinion. 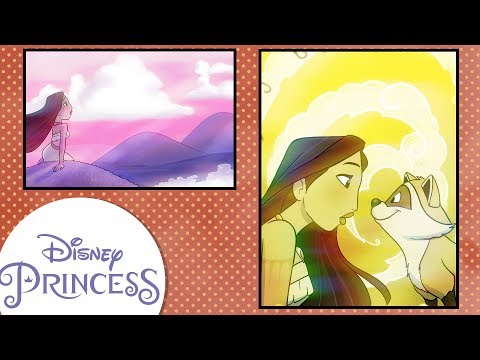 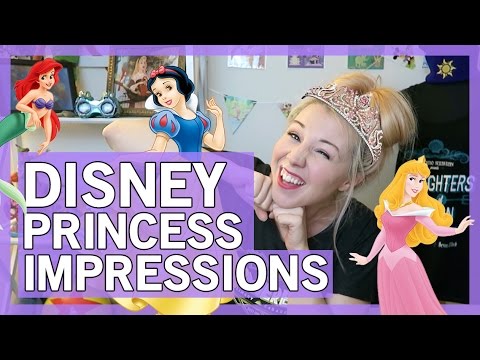 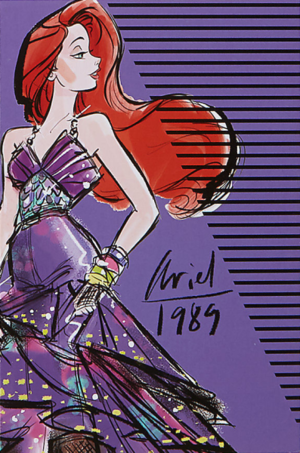 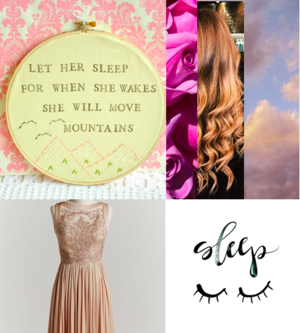 Aurora - She Will pindah Mountains
added by disnerdtobe 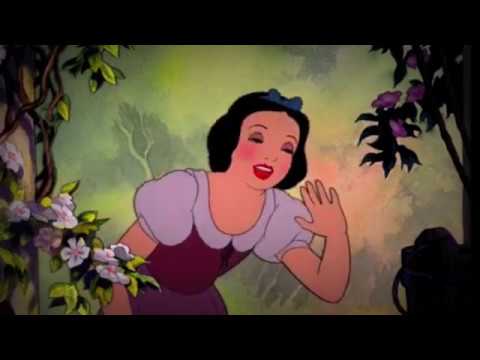 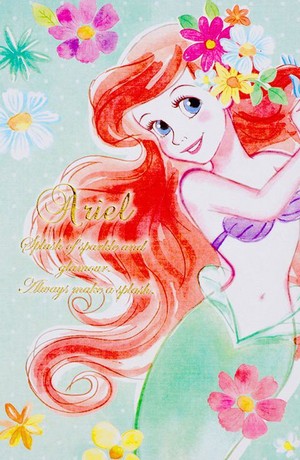 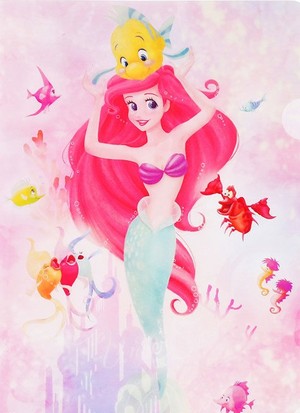 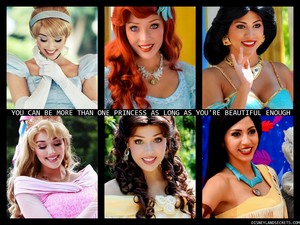 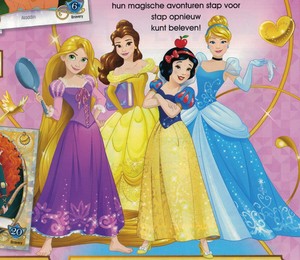 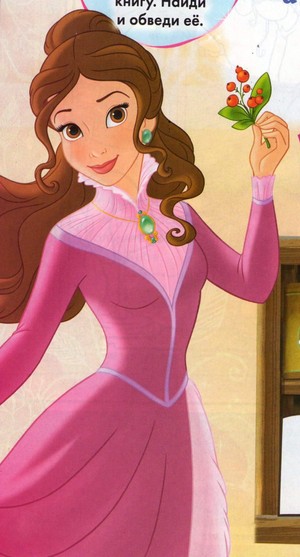 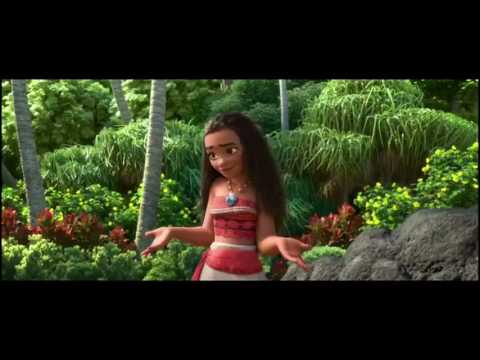 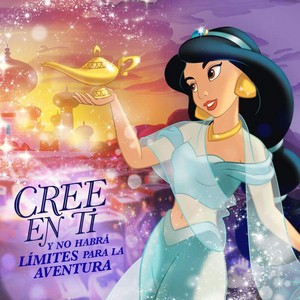 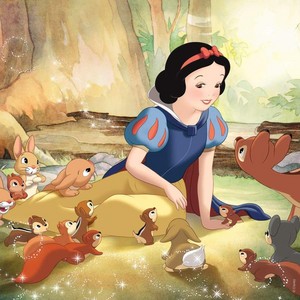 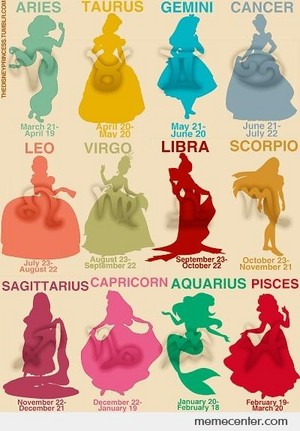 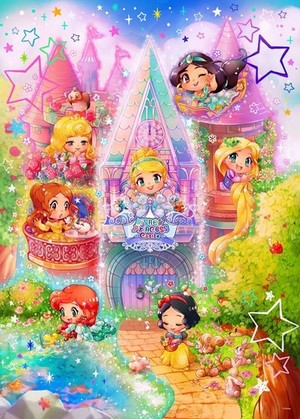 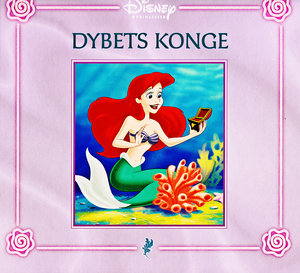 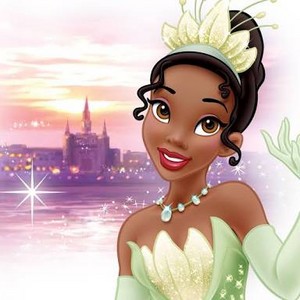 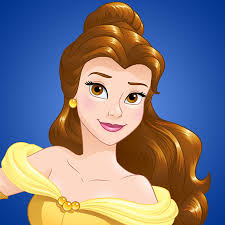