2
Pocahontas Essay.
posted by hisblueeyes
Essay I wrote for US History Class, just thought anda might want to read it...


"In Walt Disney’s 33rd animated feature, Pocahontas is portrayed as a young woman in her low twenties. John Smith comes over from England in cari for a new land, but Ratcliffe, the main antagonist, is going there because he wants gold. When John Smith meets Pocahontas, he is at first as prejudice as all the other men. But after Pocahontas shows him the land, and convinces him they don’t have gold, he decided that he doesn’t want to hurt the Indians anymore. When he and Pocahontas fall in love, everything goes wrong. Kocoum, a Native American who wants to marry Pocahontas, gets jealous and John Smith is captured. After he is saved oleh Pocahontas, Ratcliffe shoots the Powhatan Chief, also Pocahontas’s father. John Smith jumps in to save him and is shot, and has to go back to England without Pocahontas. Even though the movie has many historical inaccuracies, it still is one of the best film ever made oleh disney and receives many praises for its animation, cinta story, and soundtrack.
Despite the inaccuracies in the film, there are still many accuracies disney uses to defend its movie when it is ridiculed for portraying history wrong. To begin with, the settings and life style are both shown right. Jamestown was the name of the first settlement and was also set in the landscape shown. The Powhatan Tribe was also in the forest and their daily way of life is accurate. Second, John Ratcliffe was in charge of the colony. When John Smith was captured, he also led armies to rescue him. Lastly, John Smith wrote that he was indeed saved from death oleh young Pocahontas. Just like in the movie, she threw her head in-between Smith’s head and the Indian’s clubs.
There are many factual errors in this movie, lebih than any other disney movie, and they are shown the most because this film was based off a true story. First of all, the biggest inaccuracy is the ages of John and Pocahontas. In the movie Pocahontas and John are both young adults, while in real life, Pocahontas was a girl of 11 and John Smith was 28. Next, John Smith and Pocahontas don’t fall in cinta like they do in the movie. Even though Pocahontas does save him, they just simply because good friends. That makes lebih sense, saying how far apart their ages are. Lastly, in the film John Smith is captured one night when he ventures out to meet Pocahontas, while in the real story he is captured when on an expedition hari in December when he got separated from his group.
In conclusion, very rarely is there a movie that can be so wrong with history but still so loved oleh children and adults everywhere. I believe that just as long as a historical movie has some facts in it, it can be as fictional as necessary. It’s obvious to see that if Pocahontas had been dead on accurate, it wouldn’t have been as enjoyable. Also, disney is known for its fairytale, falling-in-love aspect. That wouldn’t have been possible with an 11 tahun old girl and a 28 tahun old man. To finish off, Pocahontas is a wonderful movie for all ages and it will always be fun to watch a twist on the history as well as learning the true story."


:D how was it?
Chatleen and rizwansait1 like this
emilypenguin55 i like it. i hope you gota A+ on it.
4
Fanpop's disney Princes & Princesses Dreamcast (Part 2)
posted by chesire
Here's part two of link. 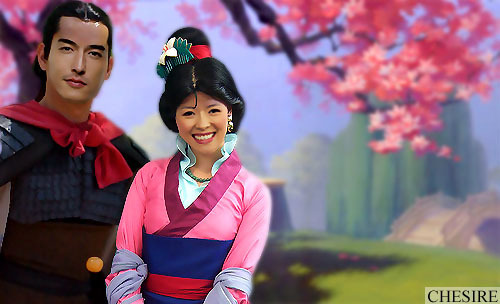 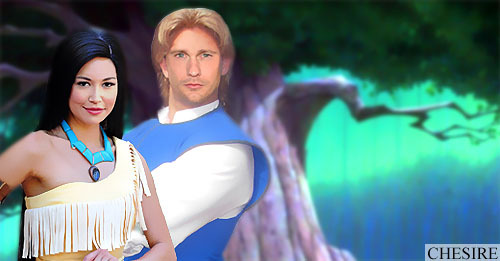 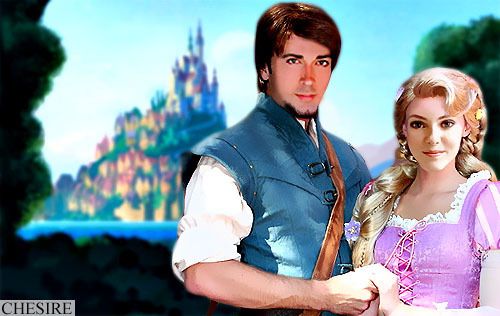 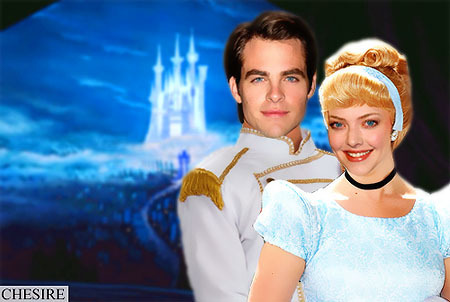 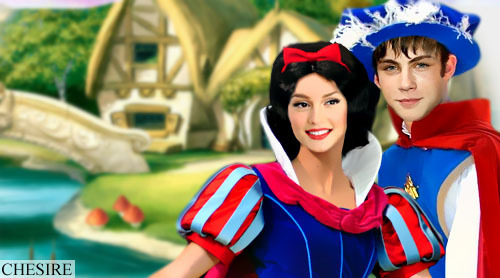 So these are the actors and aktris chosen oleh the majority of the fanpop users as to portray each disney character. What are your comments/reactions on these results?

Thank...
continue reading...
11
BEST VILLAIN DEFEAT COUNTDOWN: As Voted oleh the Fanpopers :)
posted by BelleAnastasia
First of all, I would like to say huge THANK anda to all of you, who participated in the countdown, and especially to those of you, who left comments.

Here are the results of Best Villain Defeat Countdown as of June 2011.

The problem with this defeat was that the viewers are left with the feeling that the villain did not get what he deserved. Sure he's to go to prison and all, but this does not seem to outweigh the fact that he almost started a war and wounded a person.

ppgbelle4 said: "It's not as epic compared to the others."
Gleek4ever said: "It was like "Ok guys story complete!...
continue reading...
6
The Beauty and the Beast Ballroom Scene
posted by TotallyMe105
Hello everyone! I dont know if anda remember me atau if any of the people I use to talk to on here still come on here...but im going to try to come to this group lebih often...I miss it.

I was watching Beauty and the Beast tonight[Diamond Edition;] and I realized something so strange...I cry during this movie...

But only at two parts...when the beast "dies" and the other part....the ballroom scene.

The scene isnt sad and I know that...but does anyone else find it painfully beautiful...it never registered in this scene that Belle was dancing with a Beast, All I could think is:

Look at how much in love...
continue reading...
15
puncak, atas 10 best residences in disney princess movie- PART #1
posted by cromulanfav 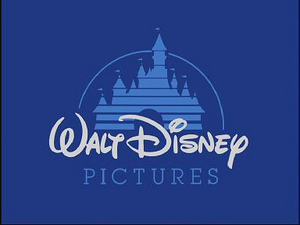 The most famous castle
Yes, I am a freak for splitting this artikel into two parts, but I can upload only 20 pictures per article, and I needed more. I want comments, that is- critics. Please be harsh because I really put lot effort and research, and I want my articles, if they aren't good enough, to be even better. I hope it isn't too long, enjoy it. 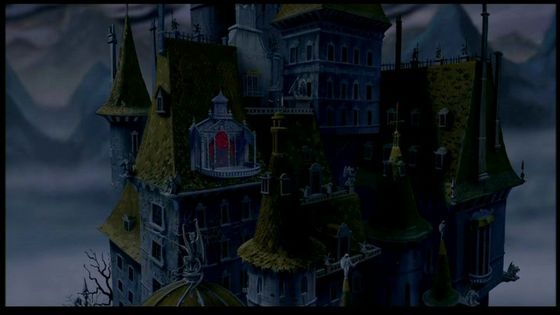 10.Beast's enchanted castle
Once shiny and magnificent, after the curse, kastil, castle turned into dark and cold. With appearance of damned place, it was even harder to to break the curse because people were to scared to approach, not to say come in. 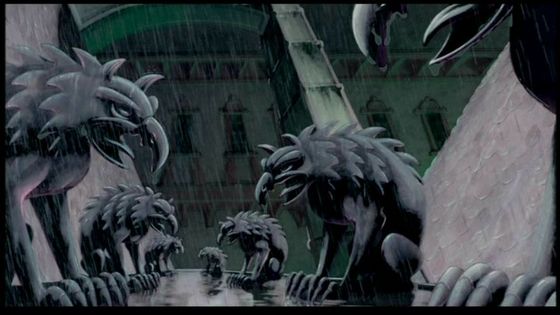 To...
continue reading...
12
The disney Princesses With The Prettiest Eyes
posted by KataraLover
This is my opinion on the subject I hope anda like it atau maybe even cinta it because I just hope people like all the stuff I make and please leave nice polite komentar there's no need to be mean nasty atau rude it's just my opinion and I'm just gonna type stuff in so keep this long so I can publikasi it but first please read it and leave a komentar please and thank anda so I guss I don't have uch to say about it I mean what else is there to say so I hope anda enjoy it please leave a komentar and keep in mind this is my opinion so I hope anda like it atau maybe even cinta it well enjoy. 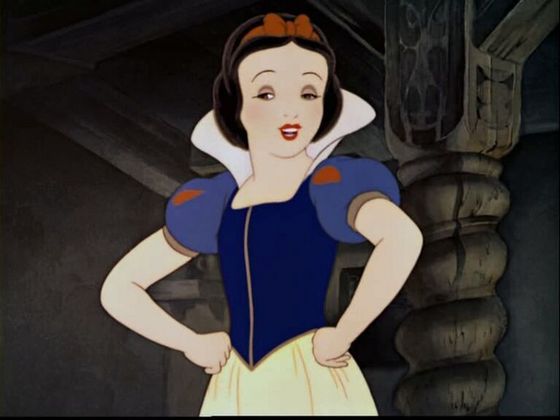 9.Snow White her eyes are cute though most of the time their closed her eyes would be better if the animation was better 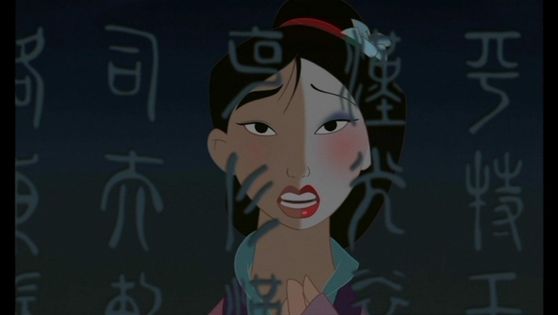 8.Mulan she eyes are kinda pretty the amond eyes of china they show her bravery wit though they don't compare to her great beauty 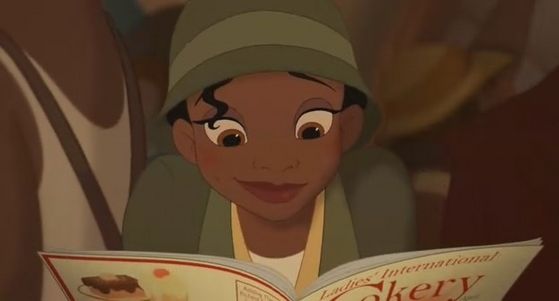 7.Tiana her eyes big and beautiful and how her eyes sparkled during Ma Bella Engaline but I like blue eyes better 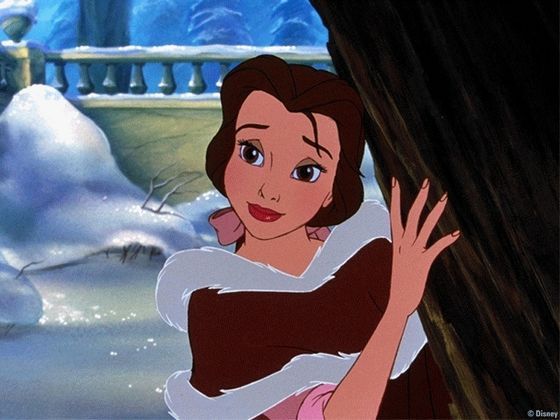 6.Belle her eyes are so beautiful just like her name her eyes have no parallel and look how they look here but once again blue eyes 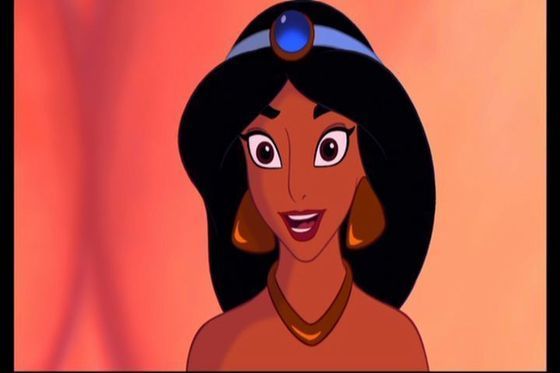 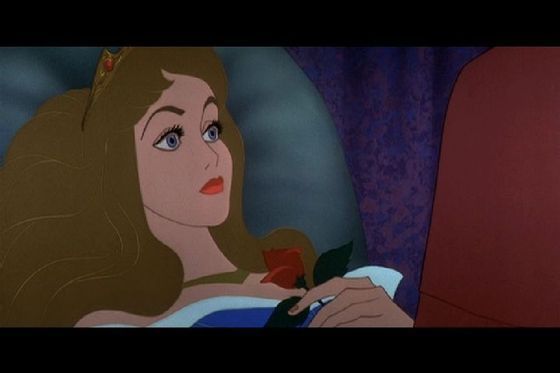 4.Aurora her eyes are gorgeous blue that gow with her hair and dresses pink and nlue and when she awakens GORGEOUS but the others just have more lovely eyes 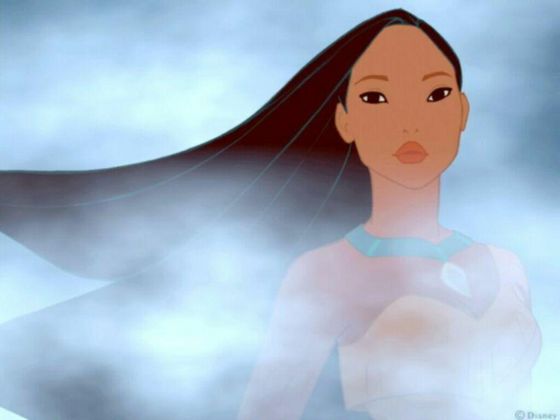 3.Pocahontas she definatly has the most soulful eyes of all the disney princesses so gorgeous especually in this picture but again blue eyes 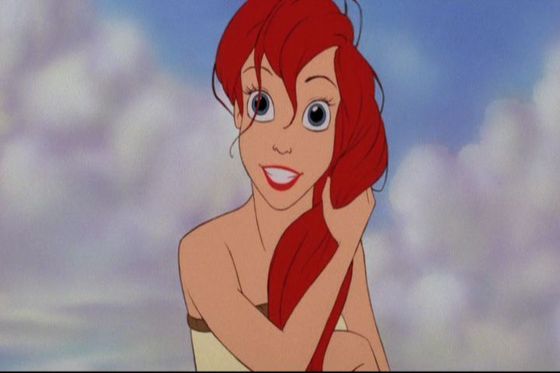 2.Ariel HA FOOLED YOU so you thought I would make her my number one well her eyes are gorgeous like the ocean but there is one I think has prettier eyes than her 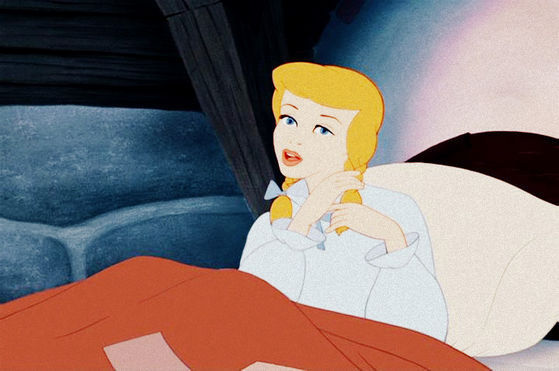 1.Cinderella her eyes even though sometimes closed are the prettiest of them all so gorgeous every single time I see them truely gorgeous just like her 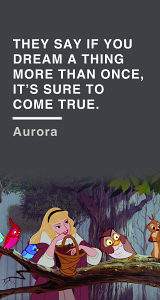 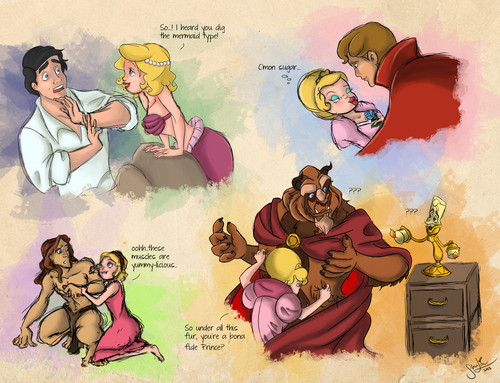 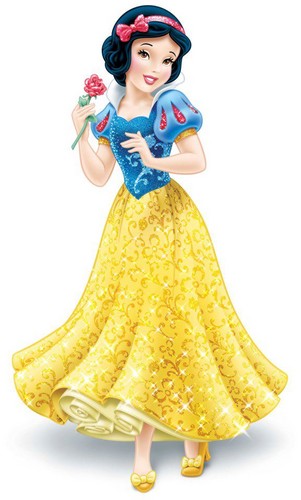 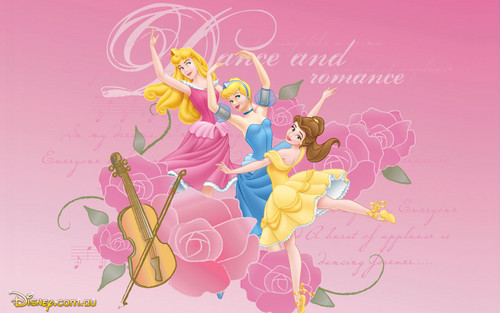 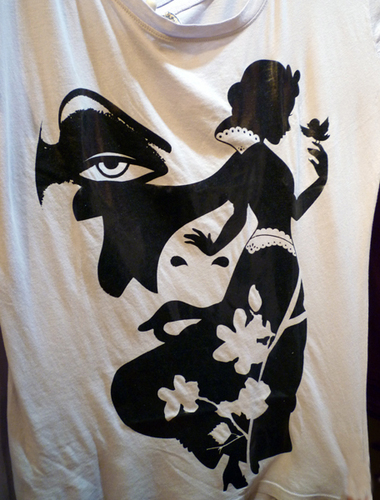 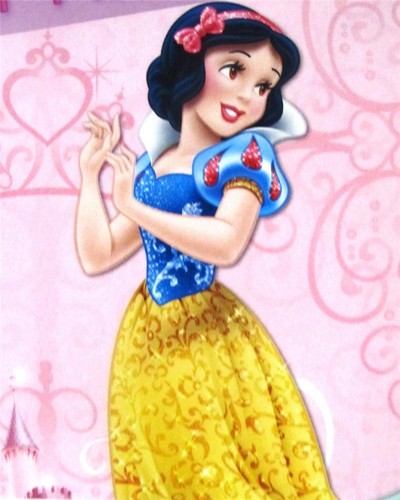 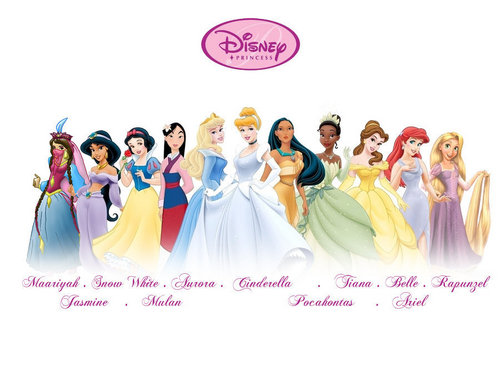 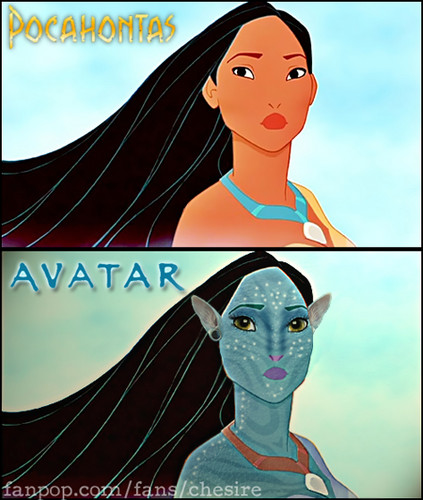 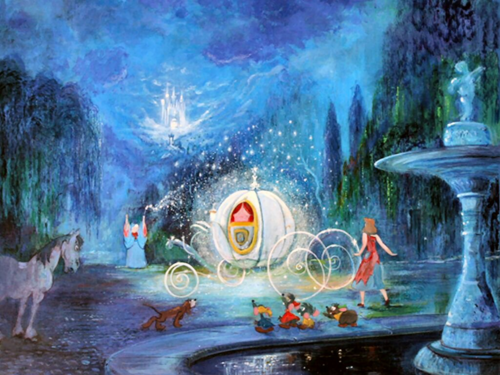 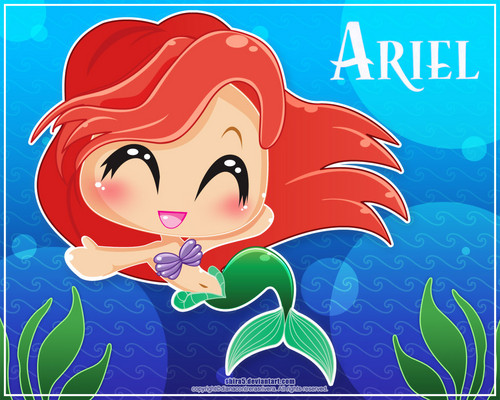 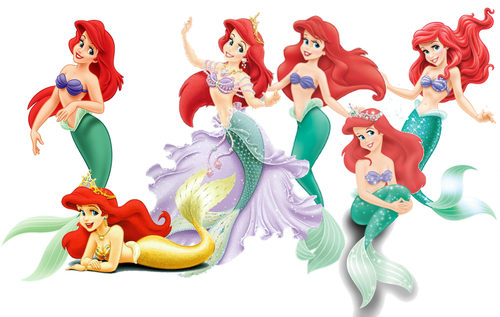 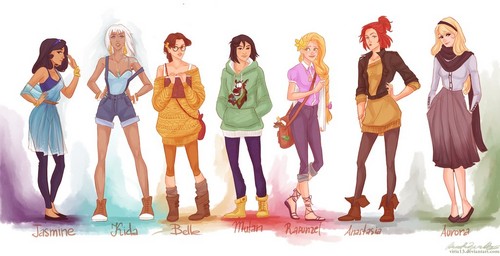 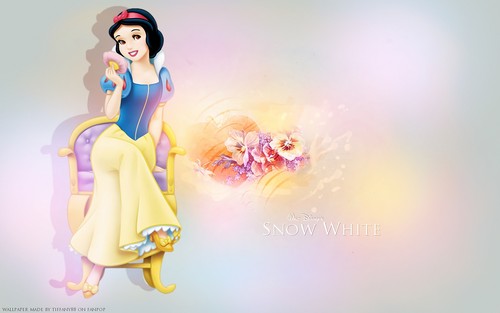