A while passed. Throughout all the scenery, and the constant chatter between Kelly and Ashley, Seth's new found friends, Seth completely ignored Kate. She walked behind, periodically looking up at Seth, hoping something would change. Nothing did. The sky began to darken. Seth stopped and sniffed the air. He trailed off to the side. Ashley and Kelly knew what he was doing. They didn't ask any questions. Kelly yawned. Ashley berkata a few words in beruang speak. Finally, Seth reached a clearing. Kate smiled and nodded at him but Seth just stared back coldly. Kate stifled a tear. Ashley found a warm area for her and her sister to sleep. Kelly lay down in a pile of leaves. Seth curled up on one side of the clearing, Kate slept at the other end. Within several moments, Kate couldn't take it. She got up and walked over to Seth. He quickly raised his head and watched as she slowly padded towards him. Seths sighed and began to get up. "Hey... Wait..." Kate said. Seth sat back down. He looked down at his paws. "Can I speak with you... Again?" Seth sighed and walked over to a quiet area. Seth sat down. Kate walked up beside him. She sat down and made sure to sit as close as she could. "Seth... I didn't mean what i berkata before... you're a great wolf... and... I'm the one that's lucky to have anda here... I would of died already... If... anda weren't here..." Kate put her paw on his. Seth's eyes lit up. Kate smiled a bit. "Sorry for making the descision without discussing with you." "No... It's fine... I got angry for nothing... And... I sort of found a way to... Er... Repay you..." Seth looked up at her. She put one paw on his chest and pushed him back. He landed on his back roughly and huffed as he hit the ground. Kate got on puncak, atas over him. Her hind legs over his, holding her over him. Seth's eyes widened. "I cinta anda too." "Wow... Not what i expected." Kate snickered. "Really? atau is this a way to make me feel better until we get to the pack..." Kate shook her head and closed her eyes half way. "So... What now?" Seth asked. Kate laughed. She slowly moved closer to him. Finally, she pressed her lips against his. Seth closed his eyes enjoying the moment. Several moments later, Kate got up. Seth's eyes were still closed. She laughed a bit. Seth opened his eyes. "I could get used to this..." Kate shook her head. "I am much lebih relieved now..." Kate berkata sighing. "Why? Was i that lovable?" Seth snickered. "Don't push it bub..." Both Seth and Kate laughed. "Now... Maybe we should go to sleep..." Seth suggested. "I just realised anda are very forgiving... If someone berkata that to me, I would never forgive them! I think that's why I chose you..." Kate said, moving her nose closer to his. Kate moved over to where Seth originally slept. She curled up and gestured for Seth to gabung her. You've done it Seth. He thought to himself. He curled up besides her. Content, loved, in love, and warm, Seth slowly fell asleep. "That's them." Liam whispered to his pack mates. "What's with the bears?" Carey whispered to her mate. Griffin licked her furry white ear. "What's with the couple..." Hunter and Miranda laughed. "Get ready to bring them back." Liam ordered. "Go."

Humphrey, Star, and Kaltag got up and woke all the dogs.
“Kaltag anda drive the Charger I’ll drive the Armada.” bintang said.
“Ok.”
“Hey, we have to find Tony, Garth, and Winston. And they don’t have Phones.”
“We’re going to have to do it the old way.”
Kaltag got out and howled. They heard a shitty howl.
“Garth.”
They heard a howl, then a yelp.
“Tony that means the selanjutnya one is Winton.”
Winston howled.
“Wait, didn’t Garth sound like he was near Dutch’s house?”
They came to Dutch’s house and rang the doorbell. Garth answered....
continue reading...
Alpha and Omead- part 25, time for a new town
posted by nicker11500
As they make it to the Wall-Mart there was about thirty zombies on the parking lot and the Wall-Mart was hit oleh what looks like a helicopter and made it collapse Hutch:" holy shit" Kate:" where to now?" Cando:" looks like it's time to find a new town". Billy saw what looked like a map of the country of Canada and America and billy picked it up and unfolded it Billy:" hey dad look" Hutch went to Billy and he showed Hutch the map Hutch:" hey it's a map, good eye Billy" Billy smiled, Kate:" so what town are we in?" Hutch looked on the map of Canada Hutch:" it looks like we are in" Hutch looks...
continue reading...

32
Here without anda - Alpha and Omega
added by PawsomeWolf
video 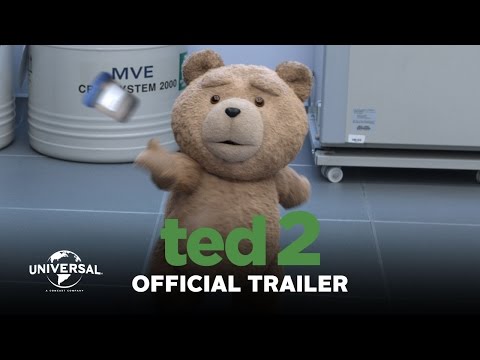 2
Ted 2 Official Trailer
added by TimberHumphrey
the official trailer to Seth MacFarlane's 'Ted 2' is finally out
video
gonna start working on my best/worst daftar of 2014
posted by TimberHumphrey
okay, we're almost at the end of 2014 and right now, i'm gonna start working on my lists of the puncak, atas 11 best and worst film that came out this year. and let me just say it right now: 2014's been a great tahun for movies. so, i'm pretty sure i'm gonna have a hard time listing off my puncak, atas 11 favorites, but i do got the feeling that the worst list's probably gonna be a lot easier to do. but even though 2014 was a great tahun for film in general, i can't really say the same for the horror genre. my god, horror film of this tahun were either boring, terrible atau a big let down. best horror movies...
continue reading...
1
Alpha and Omega life after the movie IV.
posted by DevilsWrath
We left off left when Humphrey had took his brother Lucas to an open den. Kate had gotten the pups. They had then went to sleep.

Kate wakes up and looks around. Humphrey was still asleep. Kate wakes him up and smiles. "Go get some food. It is your turn." Says Kate. "Really?" Complains Humphrey. "Yes." Responds Kate laughing quietly as to not wake up the pups.

Humphrey got up tiredly looked at Kate then walks out the door yawning. Humphrey goes in front of the woods to see Moone standing there mumbling about mating with Hunter. Lucas walks up behind Humphrey. "Hello brother. What are anda up to?...
continue reading...
2
Possible Future Rules
posted by TheAnonMessage 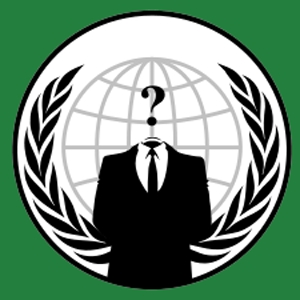 We must stress, these rules will NOT take affect. These are just the Anons version of rules for this club. The only way they would take affect is if the people of this club agree to them.

Rule 1: This club loves fan fiction. It doesn't have to be on-topic, but it does have to at least include the characters of the movie, wolves, atau furries. Noticed I berkata "or".

It doesn't have to include all of those things. This rule applies to anything anda post on here.

NOTICE: This rule does not apply to the wall. anda can speak freely on the dinding as long as it doesn't cause any drama, atau is hating on someone...
continue reading...
1
silent hill:the serigala theory part 1
posted by humphrey202
`kate?`said humprey. kate was just beginning to wake up from their visit to silent hill. `kate?`he berkata again. finally, kate woke up.`humphrey? what happened? where are we?`said kate.`were home.`said humprey. `how was i knocked out?`said kate. `we were in silent hill.`said humphrey. (flash back) *a crazy giant monster throws kate into thewall* `HOLY SHIT!`humphrey screamed. (present) `ok so tell me what happened.`said kate. (in the past, back before kate and humphrey went to silent hill.) humphrey was driving kate to her dads funeral after he died. `ok so here we make a left, right?`said humphrey. `i think`said kate. she was closing her eyes, trying to get some sleep. (later) that left turn humphrey took, lead them into silent hill. *the radio gives off static* `what the hell?`humphrey said. he saw a girl in the road! *the car swivels off the road and crashes.* kate and humphrey are both knocked out, in a car, in SILENT HILL. 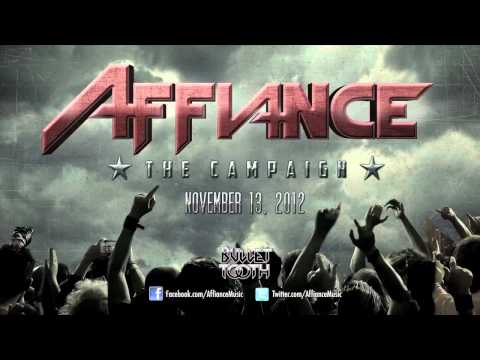 diposting this from out of complete boredom
added by Canada24
video 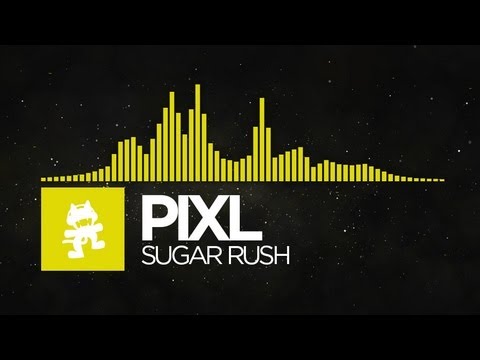 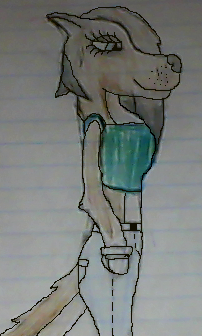 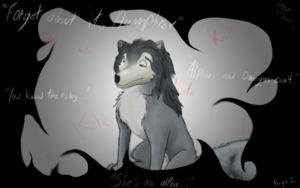 4
If everything went different page 2
added by LoneOmega
Source: Me!( mirokiwolf.deviantart.com ) 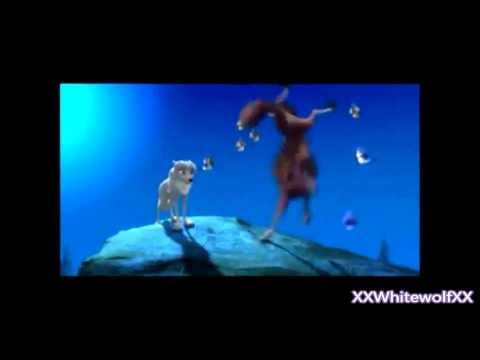 2
Avenged Sevenfold Nightmare: for the artikel Kate and Humphrey together At last Part 4
added by Xscash232
It has a few lyric changes in my aritcle
video 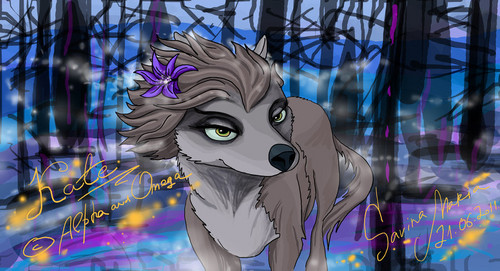 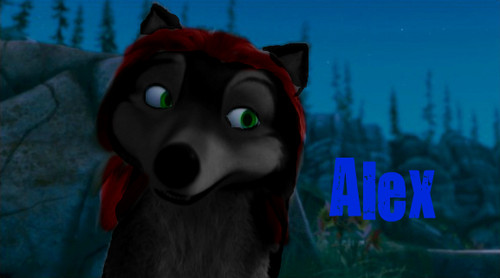