Bid today to win a visit to the 30 Rock studio!
posted by PlaywrightsH
Picture This: Tina Fey is on the soundstage filming a scene. Alec Baldwin is making an entrance. And YOU are in the studio watching it all happen!

"30 Rock" is the hottest comedy on televisi right now, and you’ll have the chance to sit beside director Don Scardino and the hilarious writers and watch as they film a new episode. You’ll walk away not just with fantastic anecdotes and bragging rights, but with a signed copy of the script, a foto of the fabulous cast, and a DVD boxed set of 30 Rock seasons 1 through 3! As Liz lemon would say: Blurgh. 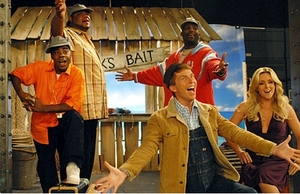 30 Rock
There is a lot of debat online about link and whether anda can watch them for free online without getting into trouble! Well the truth is that alot of the services out there that offer 30 Rock Episodes are just plain illegal and if anda are going to try and watch 30 Rock Episodes using these services then anda should be careful!

Don't worry though there is ways anda can watch 30 Rock Episodes and as well as link without running the risk of a big fine and anda have to find services that keep their servers private and all the viruses and nasties out as if anda don't anda may come unstuck!

Alot of...
continue reading...
2
"The Daffy's Apartment" Contest & Katrina Bowden
posted by KellyA
hey guys! 30 Rock’s very own Katrina Bowden will be at the Daffy’s SoHo store this Thursday, July 23 at 3:00pm. She is kicking off the AMAZING Daffy’s Apartment contest, where consumers can win a luxury $7,000 apartment for $700. Apparently all anda have to do is head down to 462 Broadway at the corner of Grand jalan, street and menyerahkan a :30 video of why anda deserve the Daffy’s Apartment. Katrina will be on site to do a mock video entry and meet with fans. Check out lebih information at www.daffys.com ! Let's all go over and support Katrina - who knows, maybe one of us will WIN and have the chance to live like Jack Donaghy in your Luxury $7000 apartment!
4
Judah Friedlander performs his stand-up act in Toronto
posted by Jackiem 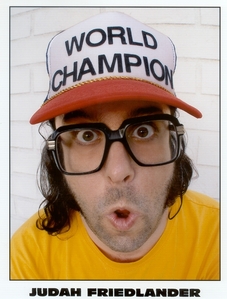 (TORONTO, ON – August 26, 2008) The detik City Spotlight Series is proud to present Judah Friedlander, bintang of 30 Rock on NBC, in his hilarious standup tampil The World Champion for two nights only September 23rd and 24th. The Spotlight Series brings outstanding standup, sketch and musical comedy to late nights at The detik City. But for this special 2-night event, Judah takes the mainstage in prime time, with special guest Jon Dore, host of The Comedy Network’s The Jon...
continue reading...
More Cards
1234567891011