I looked down at my stomach, "Oh my gosh, when did that happen?"


He reached over to my lips and kissed me.


"We should really start thinking about a birth plan," He said.


"A birth plan, what you're planning on doing after anda go into labor, the method, any medications, those things."


"Um, what's the plan where they just rip the baby out of me?"


"I’m not sure what I want right now. Right now, I like the idea of that. Do anda know how much it will hurt to push a baby out down there? I don't know yet, but I'm not sure if I want to know."


He kissed my forehead, "Whatever anda choose, just know that I'm going to be with anda the whole time."


I nodded, "And if I choose not to have a C-section, anda better not complain when I break your hand. If I go through all of that pain, you're going to have to suffer, too."


I curled up closer to Alejandro, "Do anda know that I cinta you?"


We both smirked and leaned closer to each other's lips to embrace in a kiss.


After we finished, I poked an index finger in his chest, "If I do choose whatever the other option is—“


"As I was saying: If I do choose to do it vaginal, you'd better remember that when I'm screaming how much I hate anda for putting me into this situation."


“If I hear one complaint—“


He cut me off oleh ciuman me.


“I wasn’t finished!” I complained.


“I know, but I won’t have time to complain because I’ll be too busy making sure that I’m giving anda the support that anda need.”


“You’d better be. I have to have achy legs, swollen feet, and all of these other things going on, you’d better be doing something.”


Abruptly, Marisol started with the kicking again. I grabbed Alejandro’s hand and placed it where she was kicking.


“That’s good because you’re going to be the one changing diapers.”


“I had a feeling anda were going to say something like that.”


“And, you’re going to be the one getting up in the middle of the night to take care of her. I have to carry her for nine months so that’s your punishment for doing this to me.”


“You have to bond with her sometime.”


“Just not in the middle of the night I won’t.”


“I cinta anda so much,” He kissed me yet again.


“I cinta anda the mostest.”


“Just shut up already. I’ve heard enough of anda two, especially Al,” I heard Jose’s voice as he walked in. He still hadn’t left yet and was still staying in the same room.


Alejandro smirked at me and whispered, “Do anda know what this means?”


I nodded, smiling back at him.


We started making out, loudly and obnoxiously, moving down to one another's necks every so often. I started unbuttoning his shirt.


"Oh Alejandro, let's just get to it right now."


"Finally, now go lock the door," I nudged Alejandro until he got up to close and lock the door. He hurried back to the tempat tidur and curled back up with me, "Now, where were we?"


He smiled, "If that's what anda want, we just have to do it at least once lebih before she's born though because anda won't be able to do it for about six weeks after she's born and I'll be lost without it."


I rolled my eyes at him.


"It had better be true; I am carrying your child, anda know."


"And I've never been happier," He kissed me.


"You're still not getting any."


We just laid there for what seemed like forever—I wish it could have been forever. We just talked until the late hours of the night.


"I cinta anda so much," I said, curling up even closer to Alejandro.


"I cinta you, too," He replied, getting closer to me, if that was possible.


I ran a hand through his hair, "I know it sounds so stupid, but I want to stay with anda forever."


I laughed and smacked his arm, "Stop thinking about sex!"


"Not until anda satisfy my needs."


"You won't need to be satisfied if I kill anda before this is over."


"You won't want to kill me because anda cinta me."


I pretended to think for a menit atau two, "I'm not so sure about that."


"I know anda do," He reached over to ciuman me for what seemed like the millionth time that night.


He started talking to my stomach, “Stop stealing your mommy away from me. Your daddy needs attention, too.”


“You’re daddy’s just being whiny,” I joined in, rubbing my stomach where she had started kicking.


“Your mommy’s just being neglectful to your daddy.”


“Don’t listen to him, Marisol, he doesn’t know what he’s talking about.”


“Well, she definitely knows that her mommy’s right.”


“Yep, I can tell. It’s like psychic connections that I have because she’s inside me; believe me, it’s a real thing,” I nodded and smiled like I was serious, “And she’s also telling me that she wants pickles and ice cream.”


I got off of the bed. I made my way towards the door.


“Pickles and ice cream?” He asked, cringing his nose, following me into the hall.


“What? I’m pregnant and I’m craving things. It’s your fault.”


oleh now, I was already starting down the stairs with Alejandro nearly walking on the heels of my feet.


“Why are anda following me? anda have a weak stomach and this is going to be disgusting to watch.”


“I just want to spend time with you.”


I rolled my eyes.


We were at the bottom of the stairs now.


Without notice, there were two sets of little feet barreling their way down the stairs, one in a berwarna merah muda, merah muda nightgown and slippers and the other in blue footie pajamas. They grasped onto Alejandro’s legs.


“Where did anda two come from?” He laughed.


Carlos and his family were staying until after New Year’s, so the twins were still causing “havoc” around the place.


“Up there,” Adrian answered simply. He pointed towards the puncak, atas of the stairs.


I couldn’t help but to smile at the sight.


“I’ve noticed,” Alejandro replied, lifting the two into his arms, “How about we go get some kue, cookie and susu for a midnight snack?”


“You just have to make your brush your teeth afterwards atau Uncle Alejandro might get in trouble and we don’t want that do we?”


“Well, let’s go,” He carried them into the dapur and I followed.


While he went to get them kue, cookie and milk, I set off to get pickles and ice cream.


Once our snacks were retrieved, we sat down at the table.


Alejandro had insisted that the twins call me “Auntie Heather.” I would technically be their aunt oleh marriage anyway after we got married.


“There’s a baby in there,” Alejandro replied.


“Why did she eat a baby?” Clementine asked innocently.


I exchanged glances with Alejandro before started cracking up laughing.
laylay0014 likes this 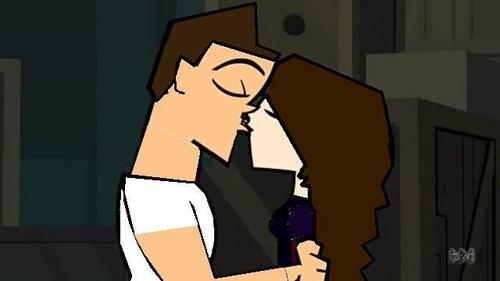 i feel like crap now
added by aprilacne
Source: me 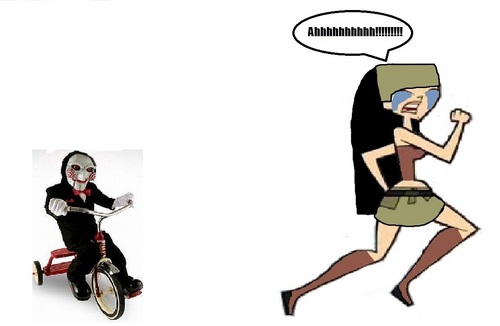 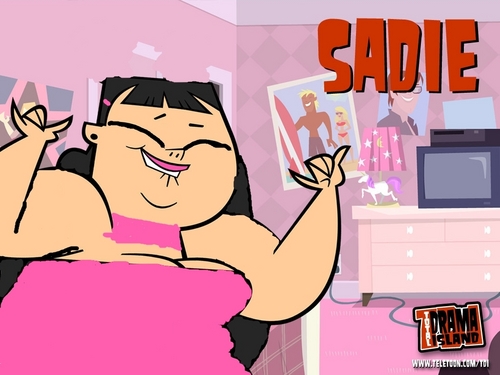 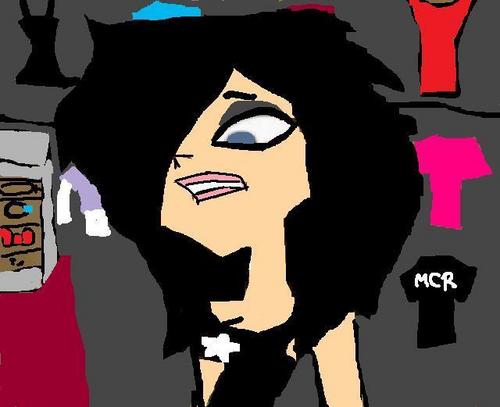 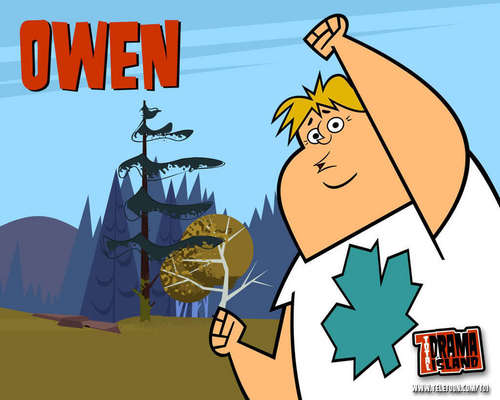 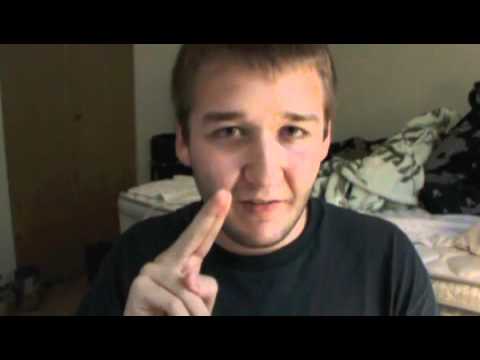 3
Sweet Celestia, LISTEN TO THIS GUY!{part 2}
added by noahnstar1616
video 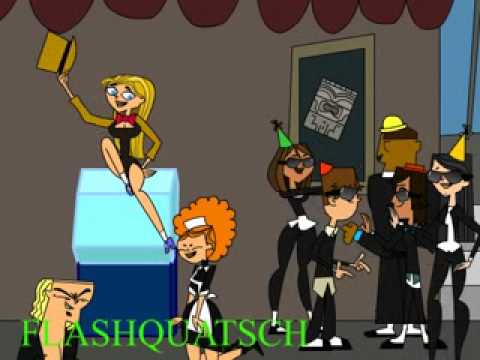 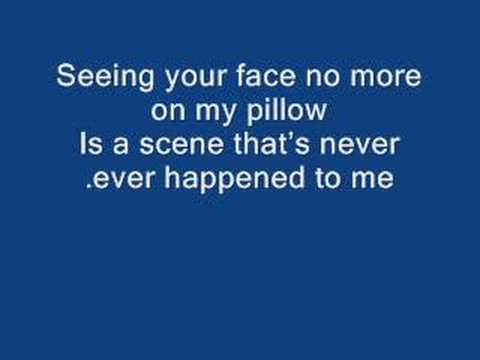 2
Duncan and Courtney-Good Girls Go Bad
added by bubblegum05
not mine... well duh i don't have youtube
video 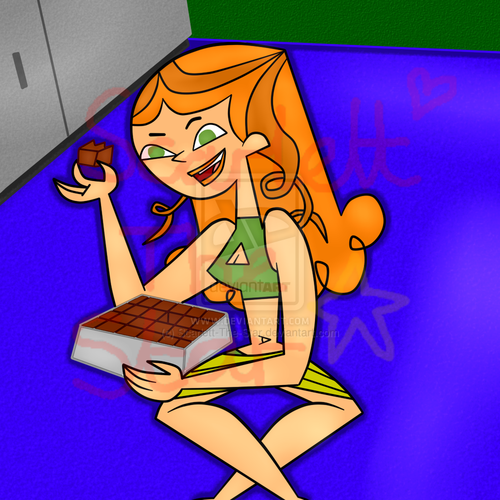 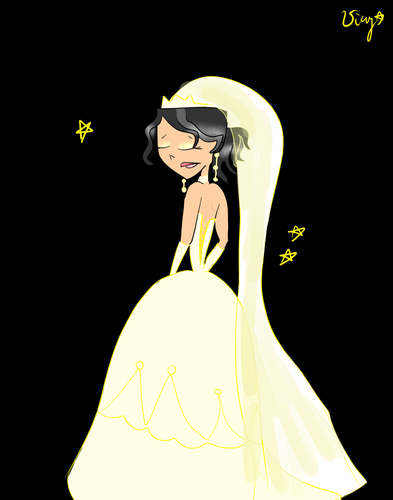 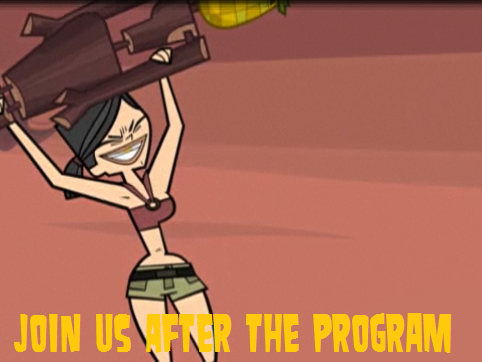