3
acak Cleverbot Conversatons...
posted by MissChicky97
User: I'm the Doctor. I'm a timelord from the planet Gallifrey in the constellation of Kasterborous. I'm 903 years old, and I'm the man who's gonna save your lives and all six billion people below.

Cleverbot: No you're not. You're saying acak stock phrases which have no relevance whatsoever to what I say to you.

Cleverbot: How is you?

User: I'm trying to save the world and the TARDIS pulled up some acak application.

Cleverbot: That is impossible. anda have no means to do so. anda cannot feel emotion.

Cleverbot: anda are a computer, how can anda cinta a human being?

User: I am a timelord from the planet Gallifrey.

Cleverbot: Sure anda are, it's time for your meds now sweetie.

User: SO this is Melody?

Cleverbot: No, I am the Doctor.

User: How is that possible? I am the only timelord left in existence!!!

Cleverbot: You're pretty smart for a three tahun old!

Cleverbot: What is your absolute favorit piece of music?

User: That is not relevant... Have anda seen the alien??

Cleverbot: No, never heard of it.

User: anda sure?? I'm positive it came right through here....

User: Come on Rose, lets go... I don't have time for dull machinery.

Cleverbot: But anda have all the time in the world.

Cleverbot: Where do anda live?

User: In the TARDIS.

Cleverbot: What is the Tardis?

User: Time and Relative Dimension in Space. It's bigger on the inside.

Cleverbot: Yes the TARDIS is bigger on the inside!

User: Yes... Now seriously, I have to fight off some Daleks...

Cleverbot: Are anda an agent.

Cleverbot: Can anda travel in the TARDIS.

User: All of time and space.

User: Honestly, I think anda can look it up, I have to save the universe now, bye bye.

User: I'm not technically a computer, I just think like one. That's the curse of the timelords.

Cleverbot: Well if anda are not a computer program, what are you?

User: I'm the Doctor. I'm going to save the Earth now..

1) For all we talk about how hot guys are. We mostly care about there personality. Though a hot body is a plus

2) We are just as shy as anda are about relationships

3) Many of us don't let anda see us cry, unless we want anda to comfort us

4) We like dropping small flirts, to see if anda are interested. But we will later deny it atau make it into a joke

5) Most of us prefer to be call beautiful than hot atau sexy. But not all of us

6) We only wear mini skirts, tank tops and skimpy cloths for anda (unless it's REALLY REALLY hot outside). So if anda don't like what we wear...
continue reading...
294
60 Most Ghetto Names
posted by sarabeara
THIS daftar ISN'T MINE. It belongs to "thatboyandrew" on youtube. This daftar is from his original video. If anda haven't seen the video, here's the link:

NOTE: This is JUST a joke. I did not come up with this list. I just thought I'd post it for fun.

2. Baby Doll - is a class girlfriend name so call her this all anda want even if she is the kind who will out chug anda in bir and pull a monster truck over your face on occasion.

3. Bubble Butt - is one of those names anda never, and I mean never call your girlfriend since this will end it all, and there will be no chance in getting back with her even for a drunken 2 am booty call.

4. Cuddle Bug - is one that most girlfriends will respond well to and will be an invitation...
continue reading...
489
99 Things Guys Look For in Girls
posted by CullenProperty
1.    Guys don't actually look after good-looking girls. They prefer neat and presentable girls.
2. Guys cinta flirts.
3. A guy can like anda for a minute, and then forget anda afterwards.
4. When a guy says he doesn't understand you, it simply means you're not thinking the way he is.
5. "Are anda doing something?" atau "Have anda eaten already?" are the first usual pertanyaan a guy asks on the phone just to get out from stammering.
6. Guys may be flirting around all hari but before they go to sleep, they always think about the girl they truly care about.
7. When a guy really likes you,...
continue reading...
253
100 Reasons why anda cinta her
posted by milorox18
1. I cinta the way we finish each other’s sentences.

3. I cinta the fact that I wouldn’t ever give up on you.

5. I cinta how beautiful your eyes are.

6. I cinta the way I can’t imagine a hari without anda in my life.

7. I cinta the way if we were ever separated I wouldn’t know how to go on.

8. I cinta the way we cuddle and watch sunsets together.

9. I cinta the way we sometimes stay up all night and just talk, then watch the sunrise together.

10. I cinta how I know you’ll always be there when I need anda to be.

11....
continue reading...
385
15 Random, Fun Things to Do In the Rain!
posted by j1edwardcullen7
1. Go outside, and if anda see someone, take the acak person and make out with him/her, and say: "Yes! I finally got my dramatic ciuman scene!"

2. Lay on your stomach in a puddle and scream: "I'm drowning, I'm drowning!"

3. In the pasanger kursi of the car, roll your window down, stick your tongue out, soaking the driver: "I wonder why anjing only do this when its sunny out!" and laugh.

4. Make a farting noise, and say "Hear that thunder roar!"

5. When your outside, run around (reading lyrics) and scream words to bernyanyi in the Rain.

6. Make someone laugh. Then look at them: "Gosh, your face is...
continue reading...
7
A Little artikel About "Friendship".
posted by AnimeFan66
Hello guys. I wanted to take an oppertunity into menulis this artikel because there is something of importance that I think the whole world on fanpop should know.

I have ran into many people who can be nice at times and those that can be really mean. What is with the rudness? Is it really that hard to trust the ones you've talked to for over a long time atau that anda can trust with saran and answers?

This has really been pulling my leg lately because I go through it every moment I come here- no matter how nice I try to be, people tend to get the best of me and it really makes me angry. I am not...
continue reading...
56
23 acak funny things to do at school .
posted by bellabrowneyes
found this stuff and i wanted to share with anda guys (girls) so enjoy !! =)

1.Stare at someone and if/when they stare back at you, yell, “Staring is extremely impolite!”

2.Bring a Glad product to school and whenever someone gets mad at you, say, “Don’t get mad! Get Glad!” Then hold up the Glad product.

3.Keep talking as if you’re talking to the person selanjutnya to you, and when they answer, scream, “I wasn’t talking to you! Now, Bob, where were we?”

4.When the teacher calls roll, after each name scream "THAT'S MEEEEE!!! Oh, no, sorry."

5.Sing your pertanyaan to the class.

2.Before your science class starts, put a alat pendingin, pendingin that has "Human Head" written on top, on the front table. On the board write: "Class, we will be disecting a human head tommorrow, the sign up daftar is on my meja tulis, meja for the part anda would like to dissect" Actually put a sign up daftar on her desk.

3.bring a cactus to school. Raise your hand. When called upon say the cactus has a question. look at the cactus and wait for it to say something. when it...
continue reading...
56
Cute Nicknames for Boyfriends - puncak, atas 20 daftar
posted by spunkyonyx
1. Angus is for a beefy yet cute boyfriend, atau to bolster up the woefully sagging self-esteem of a weak, pasty face limb noodle who does your homework for you.

2. Babe - is a classic cute boyfriend nickname that will only get anda in a slight amount of trouble in front of his friends. ( i call mine this)

3. Baby Boo Boo - is for a boyfriend that you'd like to castrate slowly oleh giving him effeminate names.

4. Bunny-kins - means you're cousins and will be humping like bunnies at the selanjutnya family wedding.

5. Bunny Wabbit - anda may as well stroke his belly with a coonskin topi and feed him grapes when...
continue reading...
67
The 56 Worst Analogies from High School Papers
posted by moodystuff449
1. Her eyes were like two brown circles with big black dots in the center.

3. Her face was a perfect oval, like a lingkaran that had its two sides gently compressed oleh a Thigh Master.

4. From the attic came an unearthly howl. The whole scene had an eerie, surreal quality, like when you’re on vacation in another city and Jeopardy comes on at 7:00 p.m. instead of 7:30.

5. John and Mary had never met. They were like two hummingbirds who had also never met.

6. She had a deep, throaty, genuine laugh, like that sound a dog makes just before it throws up. 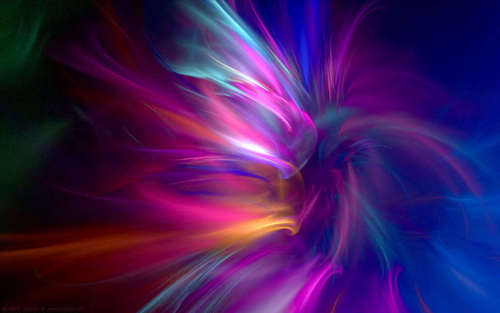 1. When anda were young, were anda involved in any kind of political protests such as for the Civil Rights movement atau against Vietnam? Why atau why not?

2. What tells anda when a child is responsible enough to trust a lot?

4. How often do anda go over the speed limit?

5. Were anda considered populer in middle school atau high school? Why atau why not?

6. Did anda have big fights with your mom when anda were growing up? If so, what were they usually about?

7. Did anda have big fights with your dad when anda were...
continue reading...
20
60 acak phrases
posted by black_magics
1.The 'poke' button on facebook is awesome...
But I think there should be a 'stab' button...

2.was riding a horse yesterday and fell off. I almost got killed! THANK GOODNESS
the Walmart greeter saw what happened and came over and unplugged it.

3. anyone who says "nothing is impossible" has obviously never
tried to staple jello to a tree.

4.Text someone and tell them "Hey, I lost my phone, can anda call it?"
and see how many people call it

2. "Hey, are anda busy?" atau "Are anda doing something?" ~ two phrases guys open with to stop from stammering on the phone.

3... Guys may be flirting around all hari but before they go to sleep, they always think about the girl they truly care about.

4. Before they call, guys try to plan out a little about what they're gonna say so there aren't awkward pauses, but once he's on the phone he forgets it all and makes it up as he goes.

5. Guys go crazy over a girl's...
continue reading...
10
username Ideas (The majority are either dark atau emo)
posted by RaininStarburst
I got bored, so here anda go.

17. KilledByAnAngel (I know for a fact it's taken on here oleh my twin sis but I made it up)

19. Darkenin(g)InRegret (The G could be taken off if there is a 15 character like on Fanpop)

23. RejectedStar...
continue reading...
261
132 Cures to Boredom.
posted by cute20k
1. Dial a acak number and confuse the person who jawaban oleh saying things like;
"Why did anda call me?", "How's Billy Bob?", "Thank's for last night! (make kissy noises in phone", "I'm sorry to hear about your loss (hang up immediately)", "What happened to your mother is horrible! I'm so sorry she had to leave us on that note!", etc.

2. Look up acak statements in foreign languages and recite the statements to those who speak the language.

4. At walmart atau somewhere similar, go up to an obese woman, atau a man for extra affect, and wish them good luck with...
continue reading...
7
The TOTALLY MASSIVE daftar of Hero and Villain Names
posted by demon_wolf