4
Another World Chapter 6
posted by MadisonFontenot 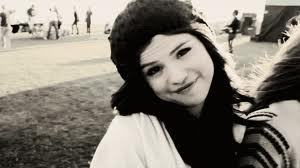 Three months have gone oleh and Alana and Harry don't talk as much. Alana still watches the
X-Factor, but she feels as tho he broke he's promise.
"Popcorn! We need popcorn!" Lindsey berkata grabbing a big box of popcorn.
"And ice cream!" Alana berkata walking down the isle of their grocery store, Winn-Dixie.
"Okay, anda go get the ice cream. I'll get the drink and we'll meet oleh the whipped cream?" Lindsey stooped her red basket swinging from her wrist.
"Okay! Sounds good." Alana skipped away.

"Sodas sodas. Where are the sodas?" Lindsey sing-songed walking up and down every isle.
"Ah! Here they are." She stopped in-front of a big shelf full of sodas. She reached for the last bottle of coke but couldn't reach it.
"Need help?" A guy in a stripped kemeja grabbed the coke and handed it to her.
"Thank you," Lindsey set it in her basket.
"I'm Louis oleh the way." Louis held out his hand.
"I'm Lindsey." She shook his hand. A few menit later they where walking all around the store just talking.
"So, anda where on the X-Factor?"
"Yeah,"
"No way!" Lindsey smiled, "My friend Harry auditions to the X-Factor! And he got formed into this band I think."
Louis laughed, "Actually, I am in this band with Harry."
Lindsey stopped and looked at him, "Really?"
"Yeah. We.. um... we just left the X-Factor because we got eliminated."
"Oh, sorry about that."
"No, it's not your fault." Louis smiled at her and opened his mouth.
"LOUIS!!" Someone screamed.
"Watch out!" Louis pushed Lindsey out of the way. Niall Horan, his band mate, was riding a buggy down the isle, almost hitting Louis and Lindsey.
"Niall! Are anda crazy?"
Niall jumped out the buggy, "Yeah, actually I am!"
"Lindsey, this is Niall, another guy in the band."
Lindsey couldn't help but blush when he berkata hi to her, he was just so damn cute.
"Nice to meet you." Niall berkata in a cute Irish voice.
"Nice to meet anda too!" Lindsey smiled.

"What are anda doing here?!" Alana asked Harry Styles, the guy that kissed her in his hotel room, three months ago.
"We got voted off the X-Factor, so we came to stay here for awhile. I thought you'd be happy to see me." Harry pleaded.
"No. What would have made me happy, is for anda not to ignore me for a month." Harry's eyes soften up, "I didn't want to. I was just so busy."
"So was I, I had to pick up my grades, atau who knows what my mom would do to me. Every-night I stayed up hoping anda would call. Hoping anda would E-Mail me, atau text. But, anda never did."
Harry hugged her, "I know. I should have. I'm sorry." Harry backed away from the hug.
"It's okay. I kinda understand now."
"Harry, do we need vanilla, atau cokelat pudding?" A guy with jet black hair walked up, and another guy where a Polo kemeja walked behind him. She knew who they both where, but pretended to be clueless.
"Oh, Is this the girl anda where telling us about?" Liam asked. Harry blushed and looked down at his feet.
"Oh, anda where talking about me?" Alana joked.
"How could I not?" Harry asked.
"Hey! Maybe we could all hang out!" Zayn said.
"Sure! But, I have to find my friend." Alana laughed looking around the store.

Alana, Lindsey, and Louis rode in Alana's car and the others rode in Niall's truck.
When they got to Harry's house, Alana's head stared hurting, it has been hurting every since she fell a few months yang lalu in Harry's hotel. Alana walked up the stairs knowing exactly where the medication is. She looked for some Aprin, that's the only medicine Harry's mom would let them have.
"You feel bad?" Alana turned around and saw Harry standing in the door way of the bathroom.
"Yeah." She rubbed where the big bruise use to be. Harry hugge her, "Tonigh anda and Lou can stay here, if anda want." Harry suggested still hugging her.
"Okay." Alana berkata almost falling asleep on his muscular abs. Alana looked up Harry still in the hug, "Where are we?"
"In m house?" Harry asked lebih then answered.
"No. Us. Where do we stand? Are we together? An 'item'?" Harry looked over at the messy sink that looks like it hasn't been cleaned in weeks, "Where do anda want us to be?" Alana thought for a moment, she actually never knew -or thought about- if she wanted Harry as a serious boyfriend.
"I think we should take it slow, and see where things go." Harry smirked at Alana, "Can I still ciuman you?"
Alana giggled, "I guess." Harry leaned in and kissed her whispering, "good".
"Holy suspenders!" Alana and Harry quickly backed away from each other. The door way Harry was standing was now where Louis stood. His mouth was opened in shock, "Are anda too...like.. Dating?" Louis asked raising a eyebrow. Harry walked over to him ad whispered something in his ear. Louis ran away screaming like a little girl.
"What did anda tell him?" Alana asked walked towards Harry.
"Oh, I told him if he told anyone I would take Kevin away from him!"
"Kevin? Who's Kevin?" Alana stopped looking straight at Harry.
"Just this stuffed pigeon Louis has." Harry laughed. When they got to the living room. Everything began to spin. Alana could barely walk, she tried holding onto Harry for support but she didn't have enough strength too do even that. The last thing she heard before blacking out was someone screaming "Alana!"


A week later in the hospital room..
"We found a 'problem'." Dr. Tallen, the doctor from Memorial Hospital, explained. Alana help onto her mothers hand.
"What kinda of problem?" Mrs. Coleman asked.
"Well, I will try to make this easy to understand and process. We found a tumor in anda brain..." Dr. Tallenwent on and on about it but Alana zoned out. A tumor? Isn't that like cancer? atau is it cancer? How could she have a tumor in her brain? How did it get there?
"So?" Dr. Tallen asked snapping Alana back to real life.
"What?" Alana asked.
"Do anda want a sucker atau something to calm your nerves?" Alana shook her head.
"Alright, I'll leave anda two to talk. If anda need anything I will be at desk." He grabbed his clip board he wa menulis on and walked out. As soon as he left Alana fell into her mother's arm, crying. Her mom tried saying things to comfort her but nothing was working.
Nothing.

Thank you ZoeyMalik28!!(:
Cutie_Sauce, 1Directionluv1D and 3 others like this
aanikamerchant its a blast
aanikamerchant poor alana
ZoeyMalik28 Welcome!<3 I loooooove this!
1Directionluv1D omg i love it put more up sooon!!!
One Direction Gets Nominated in the People Choice Awards 2013!
posted by Alaa1999
One Direction has been nominated in 4 categories in the People Choice Awards!

And on November 15 , They will announce the puncak, atas nominees (Top 5). Hopefully One Direction will still be nominated :D

They have been nominated at :

FAVORITE ALBUM : Up All Night

here is the link for voting :
link


The People Choice Awards will take place in January 2013

3
Up all night Part 40
posted by MadisonFontenot
Dawson POV:

"So X times Y equals 36?" Anna asked me.
"Why would anda ask me?" She put down her pencil.
"I don't know," she whispered.
"No talking!" Mr. Richardson said, our math teacher. He is a forty years old loser, who reads the newspaper every morning.

"This makes no since!" Anna whined.
"I know, last night, for our homework, I asked my dad what to and do he started laughing." She smiled.
"Whose talking?" Mr Richardson asked.
"Who isn't?" Johnny Humberge stated making everybody laugh.
"Just do your work! It will be turned in tomorrow for a grade!" He yelled scooting his old beat up brown...
continue reading...
1
Me myself and Harry styles chapter one
posted by gamergirltiger
A/N: punctuation is not right because if anda complain I will ignore anda because that is just plain mean :( feel sad have to do that but they are mean people in this world
ENJOY!!!!!!

IT'S OUR 2 tahun ANNIVERSERY I yelled at my sorry excuse for a boyfriend he berkata not my problem he berkata sitting there like a total jerk I'm just going to pull tickets from my laptop I muttered since its to late to do anything bigger I went to Ticket central all the good bands are sold out...
continue reading...
1
One life:chapter 41:Can't anda see.
posted by GabriellaAdams
Anna's POV:
It seemed like I could never be happy no matter what.
I hugged amber and wiped her tears.
"Amber...let me in."Louie berkata through Zayns bedroom door.
"No,Go away!"she yelled.
"Havent anda done enough?"Harry yelled at him.
"Whatever,I'm just sorry.I fucked up I'm stupid.You probably hate me,and if anda do I understand."he walked away from the door.
"Okay continue the story."said Harry.
"Well that's it,I cut myself because I loved him."she cried.
He hugged her.
"Well I told anda I'd tell anda something about me."
"Yea,You can trust us we won't tell."
"I'm Secertly Gay."he admitted.
I hugged him.
"What...
continue reading...
the consert part 7
posted by niallissocute 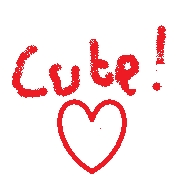 I berkata " but first anda have to do this...."I was cut short "I'll do anything to get anda back!" is anda dad alive?" I asked "yes hes in africa why?"he berkata " I dont think so come with me!" I berkata the I put my hands over his eyes and took him to my house "watch your step!" I yelled I took him to my mums room I said"open your eyes!" he gazed and his dad and my mum then looked at them holding hands then they went and did there secret hand shake and went to hug each other mum winked at me and I winked back she whisperd and said" I knew anda could do it" we both laughed then niall pleaded " will you...
continue reading...
lebih than this (chapter 3, part 2)
posted by iheart_1D
lebih than this (chapter 3,part 2)

*LIA'S POV*
When we got to my house. Niall was holding me tighty. When the door open,niall shaked. "hello niall and lia.come in" my mom berkata when ungu went down she saw niall "OMG.its niall horan. Thats your boyfriend?" ungu screamed "yeah violet, yeah he's my boyfriend" i berkata seriously "ok lets eat" mom said. ungu sat with niall "in the name of the father,the son, the holy ghost amen" we all said. we ate. ungu keep on asking pertanyaan to niall about harry. I was just sitting there and eating.
"hey, niall can anda stay here with lia tommorrow,cause im...
continue reading... 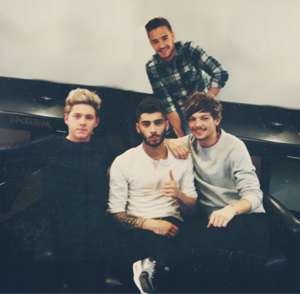 one direction
added by Blacklillium 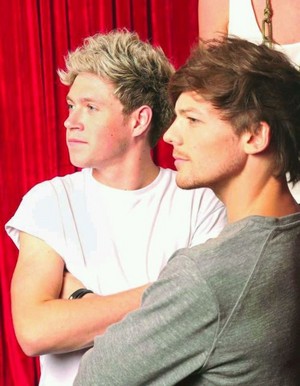 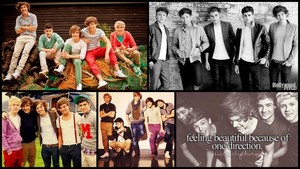 3
Niall and Zayn
added by Blacklillium 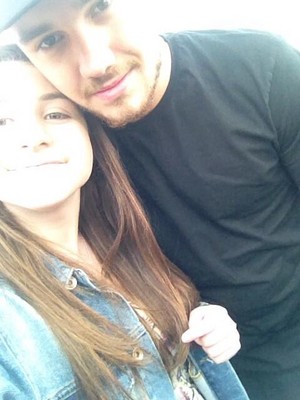 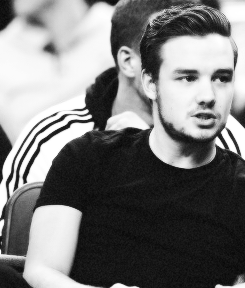