1
Trixie Funhouse remake... Part 2..
posted by Canada24
WARNING: This chapter and all the other chapters following, contains disturbing content.
Not for the weak of heart..

Trixie ended up unchaining Sweetie Belle but keeping her hooves behind her back with handcuffs.

"wait.. What are anda doing?" I asked, confusedly.

Trixie ignored me, and sat Sweetie Belle down selanjutnya the trouch, still handcuffed.

Trixie grabbed the bloodstained baseball bat and went behind Sweetie Belle, akting like a spooky figure as much of the room was still very dark, and her purple eyes were glowing in the dark again.

But her sentence was cut short when suddenly Trixie, without hesitation, violently swung the bat against the of poor Sweetie Belle's head.

Causing a loud and unsettling sound, and I think Sweetie Belle was knocked unconscious, but would never of known fort sure. I just 'hope' she was. Because the selanjutnya part was only worse.

Trixie threw away the bat and quickly grabbed one of the many large knives against the wall.

Trixie grabbed Sweetie Belle and quickly used the pisau to cut open her throat, killing her in a disturbingly neat and precise manner, allowing the blood from their slit throats to ooze into a trough.

The sight of this was too much for me and I puked.

Trixie licked some of Sweetie Belle's blood off her blue hoof, "umm, not bad".

"OH FUCK NO!... SOMEBODY! ANYBODY! SAVE US!" AppleBloom screamed in horror, trying to shake herself out of the chains.

"Ha! Go ahead, yell! Here I'll scream with you! 'AH, SOMEBODY HELP!" Trixie mocked her.

Trixie then covered her mouth saying "Wait... Now we lesson".

No sound was heard.

"Anyway.. I'll cinta to chat.. But It's been a long time since I've eaten, and anda two girls look "delicious". Trixie berkata sadistically.

"What the fuck are anda talking about!?" I cried out.

"[chuckles] I'm a cannibal.. I'm gonna eat you... But first I have to drain anda of your blood. Just like I did Sweetie Belle.. So... Who want's to go next?" Trixie berkata coldly.

My Little pony Friendship Is Magic wallpaper
added by Patrick-Star54 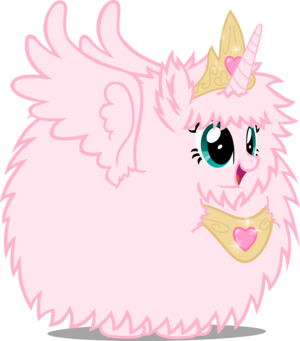