15
puncak, atas Ten most stupid things characters on lost made.
posted by alismouha
10-Charlie:Closing the Looking glass door while he had time to close the door behind him and/or swim out.

9-The ocean:Filling the room Charlie was in despite that it should have filled only half the room(It's only physics)


8-Widmore's team:Moving the sonic fence to protect the candidates but leaving the power generator outside the fenceline.


7-Daniel:Charging into the hostile's camp with a dharma Jumpsui,waving his gun around while he only wanted to know the bomb's whereabouts.


6-Bram:Has detailed knowledge of MIB's abilities and weaknesses, then he just charges in and shoots at the guy whose body he has been carrying around for 3 days, and is suprised that the bullets bounced off.

5-Lennon : Upon seeing that zombie-Sayid has just brutally murdered Dogen, he runs up to him and calls him an idiot.


4-Jack : menulis a perscription to himself and signing it with his own name. He could have written anything.


3-Keamy : Ben let anda kill his daughter,
and anda think that threatening to blow up your own perahu is gonna make him surrender.


2-Widmore's Team : Sending a man in to repair the electromagnetic death sinar, ray during a power outage, but not turning the machine off first.

1-Seth Norris:"wow there's a giant monster outside, I better stick my head out of this window"
katsanddoks, leavemealone321 and 13 others like this
Niss12 lol
silverandgreen7 Gah...I was so frustrated with Charlie :| He could've still gotten out and closed the door behind him. But nooo...:(
alismouha It was his destiny:(. that's why it's #10 Don't forget to fan:)
AKnetsirk Ahaha, I love 3 and 1!
Mel_52 Haha, i love it, and the charlie thing bugs me too! :P
marissa [i]It's only physics[/i] lol. awesome article.
tuttleAC On number 9 and 10 I love how they miss the fact that The Looking Glass Station it's self is an impossibility with that moon pool :P And obviously Seth just wanted to see what the hell the monster was. There was a 50/50 chance it was just a pissed of giraffe.
jamesvertigo1 I also hate the charlie thing! :))
ChibiUsa1995 Haha!! This is good, love number one. :P
AdaLove LMAO:P
5
How to make a kacang mentega sandwich.
posted by alismouha
Jack
1. Gather ingredients
2. Point gun at ingredients and shout “HOW DO I MAKE A sandwich OUT OF YOU?!?!?”
3. Breathe heavily through your nose as though anda were about to hit ingredients
4. Give up and make the sandwich yourself, and eat it bitterly

Sawyer
1. Throw the jar of jeli at wall, sneering “I...
continue reading... 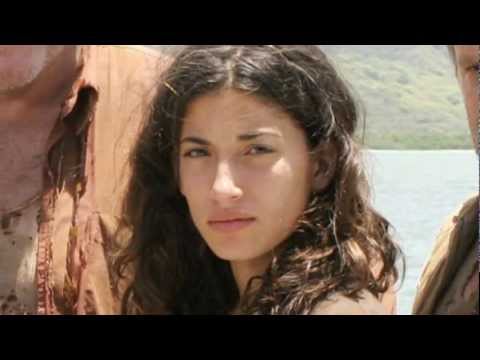 First screencap of jawaban to Nothing
added by BeautifulLover
Source: Ennaira