putri salju dan tujuh kurcaci
posted by deltabannermen
A disney Tale: A young princess narrowly avoids death on the command of her evil stepmother. She shacks up with a group of mining dwarves but the stepmother finds her and puts her to sleep with a poisoned apple. The dwarves put her inside a glass coffin until a prince comes and kisses her, releasing her from the spell to live happily ever after.

disney Heroine: Snow White is the first disney princess, but having viewed this around the same time as cinderella and Sleeping Beauty (my daughter is going through a disney Princess phase) I would argue that those princesses are what we think of when we talk about disney Princesses. cinderella and Aurora are twee and feminine, but Snow takes it to the extreme. She is far too twee for my tastes, talking to the animals, cleaning and cooking for the dwarves and fawning over the first man she sets eyes on. I'm also not sure how old she is supposed to be. Apparently she is supposed to be 14 which is an increase from the original fairy tale where she is around 7, an age deemed too young for the story's plot. Quite why 14 is a lebih acceptable age for a young girl to go off with the first man she meets (and hardly exchanges two words with) I'll never know. Even 16 would be pushing it. Snow White's problem, as the presenter of Mousterpiece Cinema (a disney film podcast) points out, is that she is completely passive throughout. She never seems to consider the Queen's threat seriously beyond her initial freak out in the forest and, at the beginning of the story, doesn't seem even slightly bothered that she has been demoted to a servant in her own castle! Watching these films with my 2 tahun old daughter has really made me think about the role model being presented oleh the disney princesses. Snow White is an appalling role model for young girls. She is a servant in her own castle; she goes off with the first man who shows an interest in her and she spends her spare time cooking and cleaning for a group of lazy, self-centred men.

disney Hero: The Prince is pretty much a minor character. He appears briefly at the beginning and end of the film. He seems rather opportunistic, climbing over the kastil, castle dinding and almost accosting Snow White. He then disappears and then at the end of the film is apparently searching for Snow White and finds her glass coffin Weirdo that he is he decides to ciuman the (supposedly) tahun long dead Snow White and then, when she miraculously revives, takes her away to his kastil, castle in the clouds (or at least that is how the final scene is painted). The Prince has the good looks needed to be a disney Prince (along with Charming, Philip, Eric etc) but has no character and even less purpose other than take Snow White away to whatever life he has planned for her.

disney Villain: The Evil queen of Snow White is iconic. As disney villains go she is one of the puncak, atas tier but this seems mostly to do with her presence in the first full length film. In the film she actually has very little to do and only ever seems concerned with her status as 'the fairest of them all'. Once Upon a Time, the TV series based on the disney versions of fairytales (and other legends and folklore) has the Evil queen at the centre of their series and she is a superb character. The animated version has some good scenes, but ultimately fails to make much of an impact - she doesn't even get a song! There are a couple of odd story decisions. We never get to see how she became queen in the first place (she is Snow's stepmother after all) atau where the King has gone, atau how she is able to put Snow White into the position of a servant. Also, we never see her reaction to the discovery that the Hunstman lied to her about killing Snow. Her character is redeemed partly with the chilling sequences where she transforms into the old hag and her killing of Snow White. Quite why she would choose a spell with a get out clause rather than permanent death is beyond me. Seeing how easily she gets close to Snow, it would have been simple for her to do away with her completely.

The Huntsman also fits, partly into this category, working for the queen as he does. He only features in two scene though, one where he takes the Queen's order to kill Snow and then when he attempts and fails to go through with the plan. As such, he has very little impact on the secara keseluruhan, keseluruhan story.

disney Sidekicks: The Seven Dwarfs are 7 of the most iconic disney sidekicks/comedy characters. They're 7 personalities - Happy, Sneezy, Grumpy, Dopey, Bashful, Sleepy and Doc are ingrained in Western culture. No other production is allowed to use those seven names (ABC's Once Upon a Time being Disney-linked is, of course, allowed) which means pantomimes often have seven not quite disney names. They are, oleh their nature, one-dimensional with Sneezy, Bashful and Sleepy being little lebih than three repeated gags. Happy is practically non-existent and the only inching towards 2 dimensions comes with Dopey, Doc and most notably, Grumpy. Although horrendously misogynistic (to the point where he actually mutters 'Women!') Grumpy is the only character in the whole film who seems to go on some sort of emotional journey - begrudging Snow's presence, resisting her motherly instruction but finally grieving over her death and shedding a tear for the girl. Dopey provides plenty of comic relief and is genuinely amusing.

disney Creatures: The grand tradition of cute disney binatang is here from the very beginning of the disney canon. Numerous woodland creatures meet Snow White in the woods, lead her to the dwarf's cottage and help her tidy up. There are actually loads of them and they contribute significantly to the plot in that they rush to warn the Dwarfs that the queen is with Snow White and carry them back to the cottage to save her. There is also a cute penyu, kura-kura who is always a few menit behind the other binatang and spends a lot of the time spinning around in his shell.

disney Magic: The Magic Mirror is a quite chilling creation. It's sickly green face emerging from the massive mirror with blank eyes and a deep, ominous voice, does lend a grandness to the scenes with the Queen. It is one of the stronger elements of the film. The Queen's transformation and poisoned apel, apple spells are also creepily animated.

disney Lands: Snow White is a German fairytale, although the setting for the film is fairly generic and undefined, beyond being European in some way. The kastil, castle is impressive, particularly the Queen's secret lair. The scene where she emerges from under the kastil, castle via a river in the fog is very atmospheric. The forest is, at first, presented as horrific in a particularly scary sequence, and then becomes soft and cuddly with the arrival of the animals. The Dwarfs cottage is a beautifully drawn setting with intricate carvings and lovely details throughout. Grumpy's pipe organ is wonderful. The Dwarf mine and rocky cliff side where the queen dies are suitably atmospheric for their brief appearances.

disney Songs: I'm not a fan of the songs in Snow White. Heigh Ho is catchy enough and the Silly Song is fun, but not particularly classic in the way that later 'comedy' songs are. Unfortunately, the lion's share of the songs are sung oleh Snow White who has a horribly high-pitched voice. This is certainly evocative of the era when many musikal seemed to have female singers with this strange high-pitched whine but I can never get along with it. It doesn't help that her songs aren't great. Someday my Prince will come is okay but I'm not sure it would ever be considered the classic it is, if it weren't for its presence in the first film.

disney Finale: Snow White is a film which rightly deserves its legendary status but take away the fact it is the 'first full length animated film' and anda aren't left with the greatest story in the disney canon. The characters are all one-dimensional and the songs not catchy enough. The flaws in Snow White's character will never sit well with me and the queen isn't the full-on villain that comes along later in the canon. Hey, but there's always Dopey to make us smile. And that tortoise. I do like the tortoise. 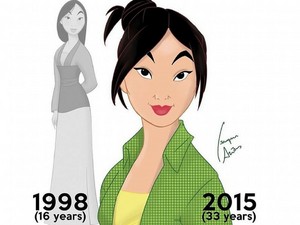 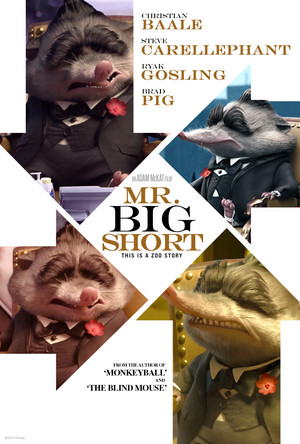 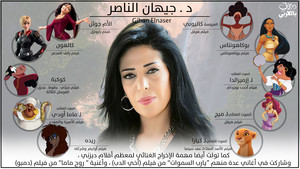 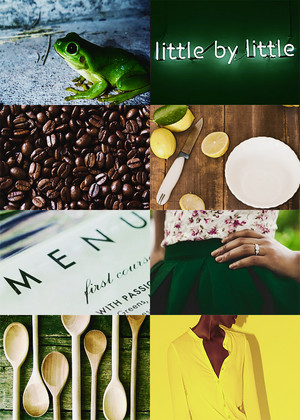 the princess and the frog
added by MJ_Fan_4Life007
Source: madamdisney on tumblr 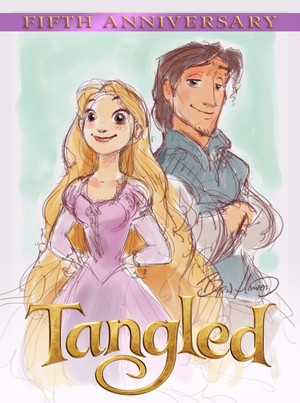 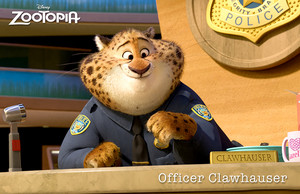 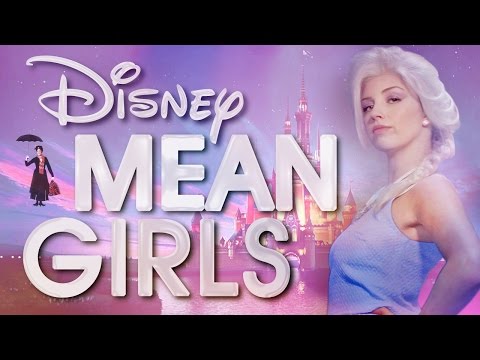 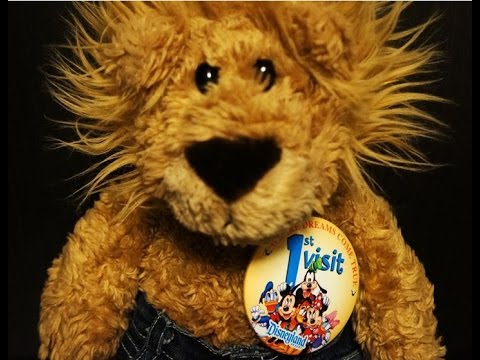 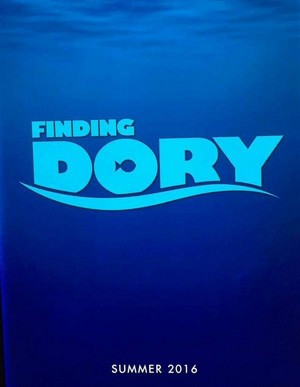 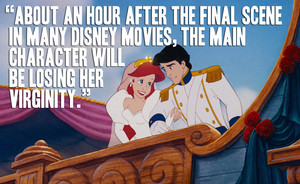